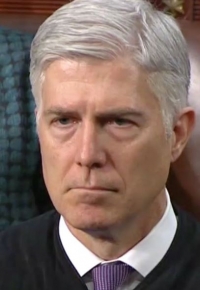 Even the USCCB was pleased with Trump, for a change:

These regulations will help restore the rights of health care providers – as well as insurers and employers – who decline to perform or cover abortions or ‘gender transition’ procedures due to ethical or professional objections. Catholic health care providers serve everyone who comes to them, regardless of characteristics or background. However, there are ethical considerations when it comes to procedures. We greatly appreciate [this] important action.

And now, incredibly, this. Let us not forget that God would have saved Sodom for the sake of ten men who understood the true nature of sexual depravity of this kind. When it comes to homosexuality and transgenderism, it would seem that not just liberals but conservatives too have lost their way completely. And yet Sodom was destroyed over this very issue, at least suggesting God himself rather strongly disagrees with this Supreme Court ruling. MJM

The United States Supreme Court has favored us with another opinion rewriting the law and, if it could be done, human nature. In Bostock v. Clayton County, the Court held the term "sex" in Title VII of the 1964 Civil Rights Act means not only "male" and "female" but also "homosexual" and "transgender." The prohibition of discrimination in employment based on the sexually dimorphic nature of the human body now extends to how humans choose to use their bodies, so long as that use also relates to sexual dimorphism.

A revolutionary ruling such as this and the reasoning offered for it prompt a question:  Is the Court exhibiting stupidity or malice? Do the justices in the majority actually believe the Court's opinion, or do they just take delight in irrational destruction? Please read some of Justice Neil Gorsuch's reasoning and see if you can tell:

The statute’s message for our cases is equally simple and momentous:  An individual’s homosexuality or transgender status is not relevant to employment decisions. That’s because it is impossible to discriminate against a person for being homosexual or transgender without discriminating against that individual based on sex.  Consider, for example, an employer with two employees, both of whom are attracted to men.  The two individuals are, to the employer’s mind, materially identical in all respects, except that one is a man and the other a woman. If the employer fires the male employee for no reason other than the fact he is attracted to men, the employer discriminates against him for traits or actions it tolerates in his female colleague.  Put differently, the employer intentionally singles out an employee to fire based in part on the employee’s sex, and the affected employee’s sex is a but-for cause of his discharge. Or take an employer who fires a transgender person who was identified as a male at birth but who now identifies as a female. If the employer retains an otherwise identical employee who was identified as female at birth, the employer intentionally penalizes a person identified as male at birth for traits or actions that it tolerates in an employee identified as female at birth. Again, the individual employee’s sex plays an unmistakable and impermissible role in the discharge decision."

First, notice the breadth of the language. This statute not only has a meaning, it has a "message." The message is, moreover, "momentous"! And what is the message, according to the Court? Is it that homosexuality and transgender status might present difficult issues in employment, that the Court should rule only on the facts presented, and that distinct situations should be considered when raised in other cases? No. The message is "simple," meaning not subtle, not nuanced, and not adaptable:  "An individual’s homosexuality or transgender status is not relevant to employment decisions."

Not relevant. That is perhaps the most absolute language possible. One can imagine a lower court judge, leaning forward when speaking to a mildly desperate attorney tasked with protecting a client's interest:  "Counsel, the Supreme Court has made it clear. Homosexuality and transgender status are simply not relevant here."

Justice Samuel Alito listed in his dissent some of the interests that might come before the lower courts. Transgender access to bathrooms and locker rooms, transgender participation in women's sports, the prohibition of single-sex housing, forced employment of homosexuals and transgender persons by religious organizations, forced payment for transgender medical care, and forced use of pronouns contrary to a person's biological sex. Justice Alito then concluded:  "Although the Court does not want to think about the consequences of its decision, we will not be able to avoid those issues for long.  The entire Federal Judiciary will be mired for years in disputes about the reach of the Court’s reasoning." So how do we account for the breadth of the language in Bostock? Is it stupidity or malice?

Next, consider the unstated premises. The Court remarkably assumes that a woman who is sexually attracted to men exhibits the same "traits and actions" as a man who is sexually attracted to men. Firing the man and not the woman would, in the court's eyes, therefore be based on the sex of the man, unlawfully discriminating "against him for traits or actions [the employer] tolerates in his female colleague."

The unstated premise is that that the woman's desire for heterosexual intercourse is convertible with the man's desire for homosexual sodomy, thus leaving the man's sex a "but-for cause of his discharge." This is a premise the Court has imposed before, notably in the same-sex marriage case, Obergefell v. Hodges, but is it true? Can the mature members of the Court not discern a difference between heterosexual intercourse and homosexual sodomy, such that desire for the one puts an individual in a different situation from an individual who desires the other? Can they not tell that the sex of a homosexual employee is therefore significant only when the sex of potential partners is considered, which is distinct from the sex of the employee, the issue addressed by Title VII? Can they not see this due to stupidity, or is it malice?

The Court exhibits a similar flaw in its next example, "a transgender person who was identified as a male at birth but who now identifies as a female." The first unstated premise is that the physical identification of a person at birth as male, presumably by a medical doctor, is convertible with the same person's later psychological identification as female, presumably by the person himself. 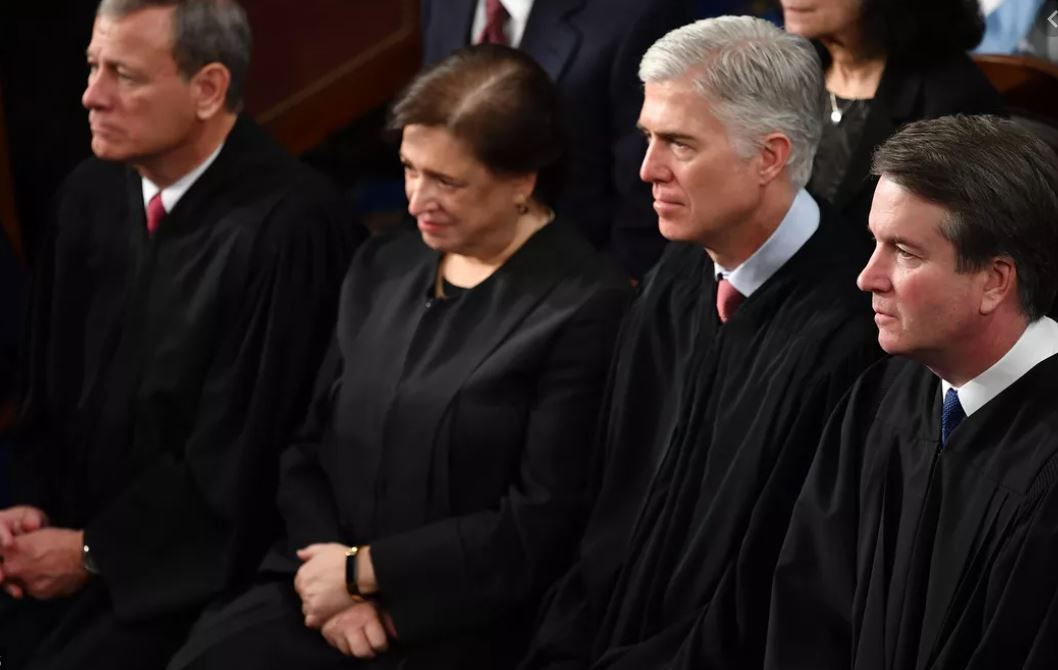 "If," the Court reasons, "the employer retains an otherwise identical employee who was identified as female at birth, the employer intentionally penalizes a person identified as male at birth for traits or actions that it tolerates in an employee identified as female at birth." The first unstated premise is thus brought home in another—that a person who merely identifies as female is convertible with a person who actually is female. Do the justices really believe this? Can they discern no difference between "woman" as a psychological state and "woman" as a physical state, between the idea and the flesh? Are they this stupid, or are they malicious?

Finally, the logic in these opinions is always half-formed. The Court in the present case confidently speaks of various people being attracted to "men," but who are men? If biological sex and ideological sex are convertible, then one cannot know whether the "men" who are objects of desire are biologically male. "Homosexual" thus loses its meaning, much as a friend used to joke that her husband is a "male lesbian."

Sex becomes entirely ephemeral under the Court's logic, its conventional assumption of sexual dimorphism notwithstanding. Subject to whim, sex determination will go to the strong. Are the justices too stupid to see this, or are they just malicious?

If a reader thinks this analysis of Bostock is uncharitable, the reader can do two things. First, please remember that the question, stupidity or malice, was never answered. Second, if that is not enough, the reader should consider whether the opposites of stupidity and malice could be true. Can the reasoning in Bostock be called intelligent? Can it be called virtuous? If not, then the other options, one or both, must be true.

[Comment Guidelines - Click to view]
The Remnant values the comments and input of our visitors. It’s no secret, however, that trolls exist, and trolls can do a lot of damage to a brand. Therefore, our comments are heavily monitored 24/7 by Remnant moderators around the country.  They have been instructed to remove demeaning, hostile, needlessly combative, racist, Christophobic comments, and streams not related to the storyline. Multiple comments from one person under a story are also discouraged. Capitalized sentences or comments will be removed (Internet shouting).
The Remnant comments sections are not designed for frequent personal blogging, on-going debates or theological or other disputes between commenters. Please understand that we pay our writers to defend The Remnant’s editorial positions. We thus acknowledge no moral obligation whatsoever to allow anyone and everyone to try to undermine our editorial policy and create a general nuisance on our website.  Therefore, Remnant moderators reserve the right to edit or remove comments, and comments do not necessarily represent the views of The Remnant.
back to top
Last modified on Tuesday, June 16, 2020
Tweet

More in this category: « Fox News Covers Remnant Columnist's Lawsuit Against de Blasio and Cuomo UPDATE ON SUIT AGAINST CUOMO AND DE BLASIO »