FRANCIS: Vicar of the 'Higher Committee of Human Fraternity' 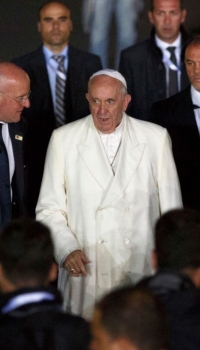 The ever-predictable Pope Francis participated in an interfaith prayer meeting Thursday (May 14) with Muslims, Jews and Christians, ostensibly for the purpose of calling on God to put an end to the coronavirus pandemic.

This was evidently the big rollout of the Abu Dhabi-based multifaith Higher Committee on Human Fraternity, which was established after the pope visited the Arabian peninsula last year.

The Higher Committee has nine members, and their stated goal is to fast, perform charitable works, do a little praying and pose for lots of pictures.

By the way, the Vatican isn't saying exactly what this Higher Committee is higher than. Could it be higher than Christianity? Catholicism? The Kingship of Christ? Nobody's saying. It's just high.

I'm not sure if it's as high as the Divine Architect himself, obviously, but the thing sounds like something lifted right from the pages of Albert Pike's "Morals and Dogma of the Ancient and Accepted Scottish Rite of Freemasonry".

The Document on Human Fraternity for World Peace and Living Together is “innovative” and a “slow-release drug” that could herald a “new era” and represent a “turning point for a new civilization,” writes Pierluigi Cascioli, a journalist with Nuovo Hiram, the quarterly magazine of the masonic Grand Orient lodge in Italy

Despite the Higher Committee's high-flying high-five to false religions, it must be said that yesterday’s prayer meeting had all the originality of a Disney princess movie.

Here’s Francis with his Higher Committee: 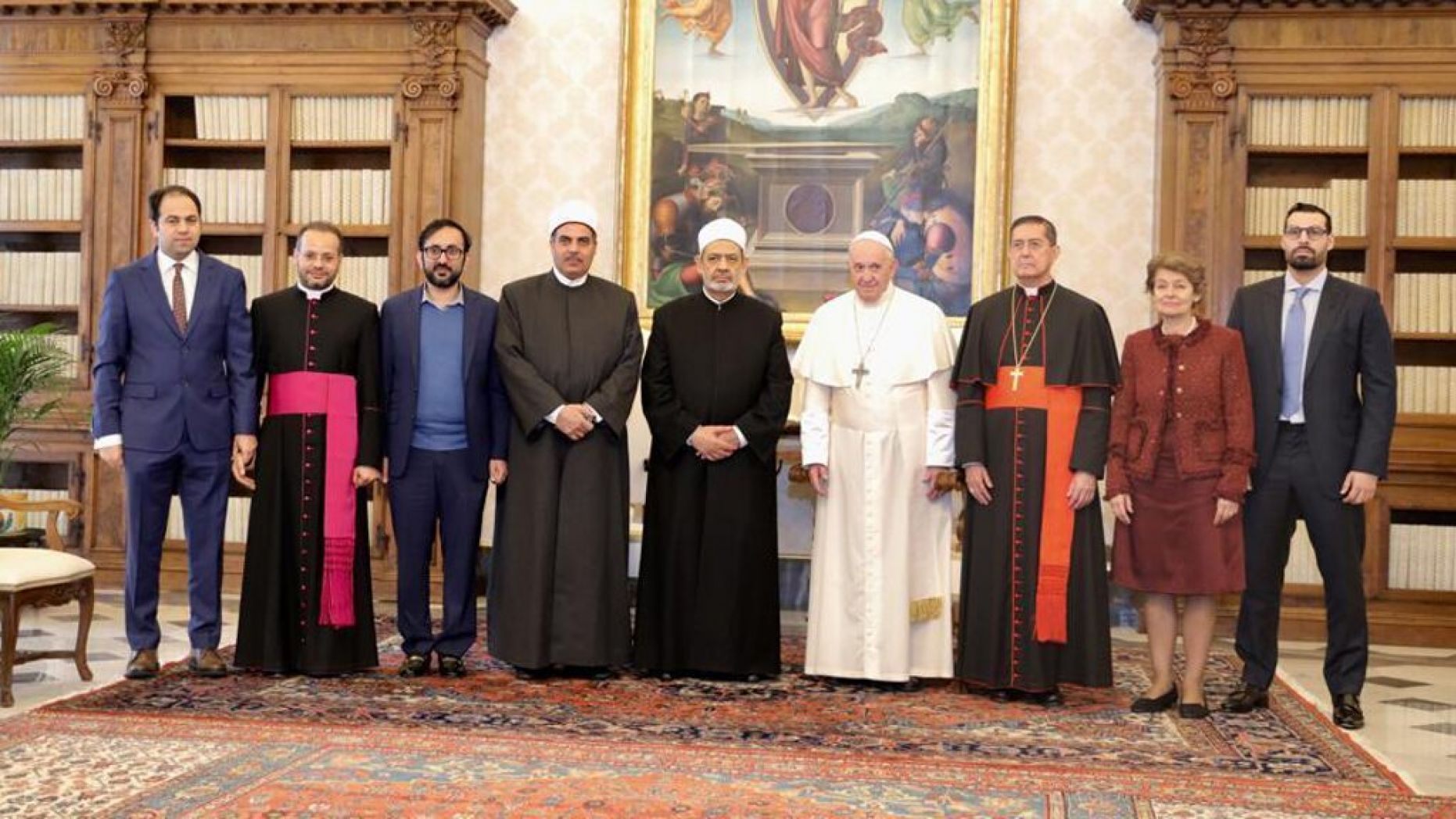 With the exception that Francis' version has evidently restricted itself to representatives of the world's monotheistic religions only (sans any actual pagans), the event looks like more of Yogi Berra's  déjà vu all over again.

In fact, what we seem to have here is one pope doing a pretty poor impression of another... and then calling it avant-garde. But is it?

To me it looks a lot like more of the same, only this time around it elicited little more than a collective yawn from the world and perhaps a passing comment or two from the religion guy at CNN. (What’s his name again?)

Come to think of it, Francis and presidential hopeful Joe Biden seem to suffer from the same delusional malady, i.e., they actually believe  the world can't get enough of their pearls of wisdom.  But, really? This is all getting to be so hackneyed and cliched!  Francis didn't even bother with the potted plant this time around. He didn't plant a single tree, which is surprising for the man whose entire pontificate seems to be a symbolic vendetta against St. Boniface.

With theological felt banners hanging all over this thing, it's pretty clear that the human element of the modern Church has little interest in actually being Catholic anymore.  And while the Vatican intoned yet another verse of Kumbaya yesterday, few Catholics even seem to care that for the first time in two thousand years, their Church has been deemed "non-essential" in the graveyard that used to be Holy Christendom.

And as if to celebrate this important milestone, Francis the Humble elects himself head of a Higher Committee hailed by Freemasons but ignored by everyone else.

Perhaps Francis' Muslim and Jewish friends still take him seriously, I don't know. But most Catholics have begun to move on, either out of the Church altogether or down into the catacombs to wait for the asteroid.

Come Holy Ghost, bring on the next conclave, and this time, we beseech You, do not let the demons bar You from the Sistine.

[Comment Guidelines - Click to view]
The Remnant values the comments and input of our visitors. It’s no secret, however, that trolls exist, and trolls can do a lot of damage to a brand. Therefore, our comments are heavily monitored 24/7 by Remnant moderators around the country.  They have been instructed to remove demeaning, hostile, needlessly combative, racist, Christophobic comments, and streams not related to the storyline. Multiple comments from one person under a story are also discouraged. Capitalized sentences or comments will be removed (Internet shouting).
The Remnant comments sections are not designed for frequent personal blogging, on-going debates or theological or other disputes between commenters. Please understand that we pay our writers to defend The Remnant’s editorial positions. We thus acknowledge no moral obligation whatsoever to allow anyone and everyone to try to undermine our editorial policy and create a general nuisance on our website.  Therefore, Remnant moderators reserve the right to edit or remove comments, and comments do not necessarily represent the views of The Remnant.
back to top
Last modified on Saturday, May 16, 2020
Tweet