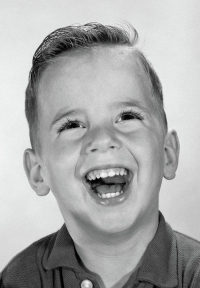 We’re pleased that the fine, young editors of the Allium-Cepa (the Latin scientific word for ONION) News Network (A-CNN) have agreed to bring back their satirical offerings.

We share their opinion that one thing the Left -- inside the Vatican and out -- cannot stand is mockery, and we find that, as the nice lady said, "in a time when you can either laugh or cry, laughing at least feels better."

Readers may recall the A-CNN crowd-pleaser by Remnant columnist, Chris Jackson, Converted Trump Now Running for Pope, which was read almost 63,000 times after it appeared back in February of 2016.

Here in February 2020, new offerings include Peter Kwasniewski’s Vatican Announces Beatification of Man Who Rearranged Deckchairs on the Titanic and Matthew Michael’s Hard hearts cannot paint with colors of the wind, Pope says.

With the current Vatican situation such as it is, we here at The Remnant challenge our readers to check these new A-CNN articles out tell us: Is it satire, or not?

It's getting so difficult to tell the difference.

We can't recommend A-CNN highly enough, and we hope you'll help us spread the word that the Allium Cepa (again, the Latin scientific word for ONION) News Network is back and funnier than ever.

[Comment Guidelines - Click to view]
The Remnant values the comments and input of our visitors. It’s no secret, however, that trolls exist, and trolls can do a lot of damage to a brand. Therefore, our comments are heavily monitored 24/7 by Remnant moderators around the country.  They have been instructed to remove demeaning, hostile, needlessly combative, racist, Christophobic comments, and streams not related to the storyline. Multiple comments from one person under a story are also discouraged. Capitalized sentences or comments will be removed (Internet shouting).
The Remnant comments sections are not designed for frequent personal blogging, on-going debates or theological or other disputes between commenters. Please understand that we pay our writers to defend The Remnant’s editorial positions. We thus acknowledge no moral obligation whatsoever to allow anyone and everyone to try to undermine our editorial policy and create a general nuisance on our website.  Therefore, Remnant moderators reserve the right to edit or remove comments, and comments do not necessarily represent the views of The Remnant.
back to top
Last modified on Monday, February 24, 2020
Tweet
More in this category: « A BALANCED APPRAISAL: Bishop Schneider on the Apostolic Exhortation THE CULTURE of DEATH: Germany Okays Suicide »