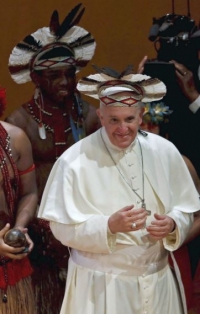 This time we’re really in for it. The Amazon Synod is primed to change the Church in such a way that it can never be changed back.

LifeSite’s Rome correspondent, Diane Montagna, recently conducted an interview with a Peruvian expert in liberation theology, Julio Loredo, who revealed the scheme behind the Amazon Synod; a “scheme” aimed at “revamping” the Church according to the “most radical versions of liberation theology”:

LifeSite: What in your view should those in the media, and Catholic clergy and faithful more broadly, know about the upcoming meeting? Where should we focus our attention?

JULIO LOREDO: "There is an untold story that has not gotten enough attention in the Western media. Cardinal Pedro Barreto, the vice president of REPAM(Pan-Amazonian Ecclesial Network) said very clearly in recent days that the plan they intend to carry out at the Synod is one they have been working on for almost 50 years. So, there is a whole plan, a whole scheme, behind the Synod, which consists in the introduction of so-called indigenist liberation theology that has been developing over the past 40 or 50 years. Now would be their time to propose it to the entire Church.

"European media are focusing on clerical celibacy and the possible diaconal ‘ordination’ for women, and rightly so. These are both very important aspects of the plan, but there is a whole story behind it. What they want is to change the whole Church according to the most radical versions of liberation theology — the so-called indigenist and ecological theology."

What surprises do think the Pan Amazon Synod holds?

"If you read the preparatory documents for the synod, especially the Instrumentum laboris, you will see that they want to reinterpret the whole Church from an “Amazonian” perspective. They call it the new Church with “an Amazonian face.” They want to re-interpret the whole Church, and this is a point that I think European media are not stressing enough. It is not simply the problem of relaxing clerical celibacy, as important as that is, or the problem of the ordination of women. It is a whole revamping of the Church from an “Amazonian” point of view, which is nothing else than the culmination of liberation theology. 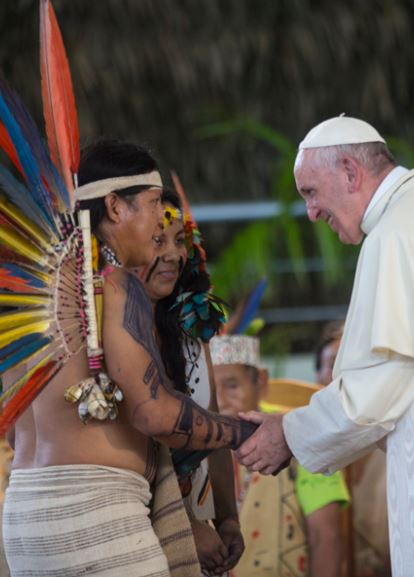 REMNANT COMMENT: In what sense is this not racist? Fly in the pope to take photos with folks in native Amazonian costume, call in the media, and then tell the world that for the sake of the brown and black people who can't possibly comprehend the teachings and disciplines of the Church, the time has come to change the Church's rules.

This is an outrage on so many levels. And, by the way, can't Francis take a photo or two with Amazonian people dressed like these kids... from the Amazon? Or, is the tradtional, indigenous attire more suited to Francis' agenda where the Amazon Sham is concerned? 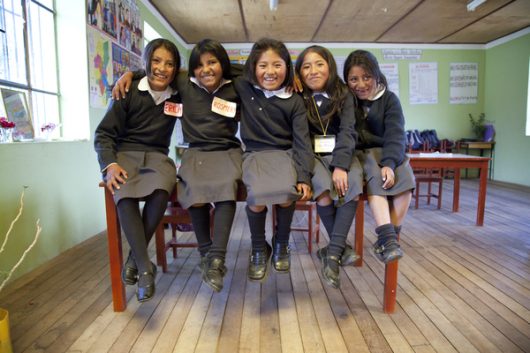 The problem in the Amazon as everywhere in the post-conciliar Church is not the teachings of the traditional Church--it's not the celibate priesthood--but rather the total breakdown in discipline and orthodoxy tolerated and even encouraged and promoted at the highest level of the Church of Vatican II.

"Are the dwellers of the Amazon more incapable of celibacy" asks Peter M. J. Stravinskas, "than the barbarians of the early centuries of Christianity? Or the pagan Romans, for that matter?"

No, celibacy is not the cause of the lack of priests anywhere. If married clergy were the panacea, one would be hard-pressed to explain why Eastern Orthodoxy has a similar shortage. Indeed, in Greece the shortage is so extreme that close to a majority of parishes have been given over to lay pastoral responsibility. The difficulty is otherwise. It is a sign that basic Christian formation has not been provided for generations. After all, to be an apostle (“one sent”), one must first be a disciple (that is, a committed follower of the Lord Jesus). When that brick has been laid, one can then begin to build – and only then.

It is well known that in the Amazon (and many other places in Latin America), religious syncretism has been countenanced and a full-throated proclamation of Gospel truths has been almost non-existent. That’s where the bishops need to focus their attention and energies.

Do not be deceived. The Vatican is exploiting the people of the Amazon in an obvious attempt to push an agenda which has been at work in places like the Amazon for decades, quite obviously, thus the problem.

The Vatican created the mess in the Amazon, and now they're going use the people of the Amazon who've been fed stones rather than bread for the past half century, to justify the universal implementation of the same failed policies that devastated the Church in South America to begin with. And to accomplish this perverse agenda, Pope Francis will do whatever it takes—including pose in indigenous feathers even as he treats them like the simpletons he apparently thinks they are. 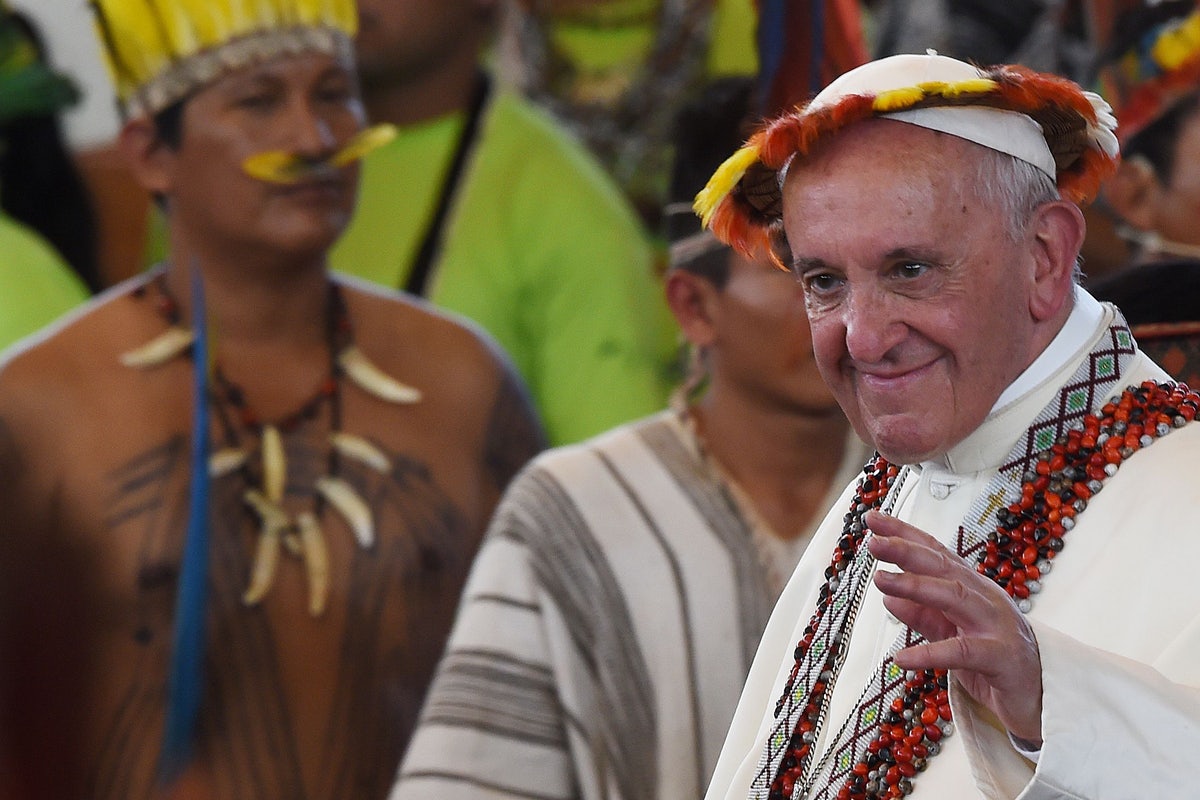 We're confident the people of the Amazon will see through this ethnic stereotyping and tell the Vatican in no uncertain terms that the proud peoples of this region will not allow themselves to be used as the scapegoats and stooges needed to justify a Vatican Trojan Horse filled with married priests and God knows what else.

For God's sake, Francis, knock it off!

[Comment Guidelines - Click to view]
The Remnant values the comments and input of our visitors. It’s no secret, however, that trolls exist, and trolls can do a lot of damage to a brand. Therefore, our comments are heavily monitored 24/7 by Remnant moderators around the country.  They have been instructed to remove demeaning, hostile, needlessly combative, racist, Christophobic comments, and streams not related to the storyline. Multiple comments from one person under a story are also discouraged. Capitalized sentences or comments will be removed (Internet shouting).
The Remnant comments sections are not designed for frequent personal blogging, on-going debates or theological or other disputes between commenters. Please understand that we pay our writers to defend The Remnant’s editorial positions. We thus acknowledge no moral obligation whatsoever to allow anyone and everyone to try to undermine our editorial policy and create a general nuisance on our website.  Therefore, Remnant moderators reserve the right to edit or remove comments, and comments do not necessarily represent the views of The Remnant.
back to top
Last modified on Wednesday, June 26, 2019
Tweet