PRAYERS and SOLIDARITY: 300 Members of the C-Word Minority Community Slaughtered in Sri Lanka

The 2019 Easter Sunday Massacre in Sri Lanka has left at least 300 Christians dead and as many as 500 wounded. Sri Lankan government officials blamed the Islamic group National Thowheeth Jama'ath for the senseless bombing that has rocked the country and terrorized the Christian minority community.

The victims—mostly Catholic—of the Massacre were attending Easter Sunday Mass as St. Sebastian's Catholic Church in Negombo and St. Anthony's Catholic Shrine in Colombo. The evangelical victims were attending Zion Church in the eastern city of Batticaloa.

Yes, the victims of the Massacre were Christian. Does it violate hate crime laws to report what actually happened in Sri Lanka? Must we come up with more euphemisms? Judging from the bizarre reportage thus far, it's difficult to tell.

I don't remember the mainstream media telling us that "worshippers" were slaughtered by an unnamed "extremist" in Christchurch.  In that case, the world was immediately informed that fifty Muslim worshippers in two Christchurch mosques were slaughtered by Brenton Tarrant--a 'suspected white supremacist'.  Within in a few hours of that horror, we had the shooter's name, nationality, photos and even his date of birth.

Not so much in the case of the Easter Sunday Massacre in Sri Lanka, where mainstream media have been bending over backwards not to report the facts. Mustn't upset the prevailing Christophobic narrative, after all.

Barack Obama and Hilary Clinton took the subterfuge to a point well beyond the absurd when they tweeted out how sorry they were that "Easter worshippers" were slaughtered by....er.... well they were slaughtered and isn't that too bad! 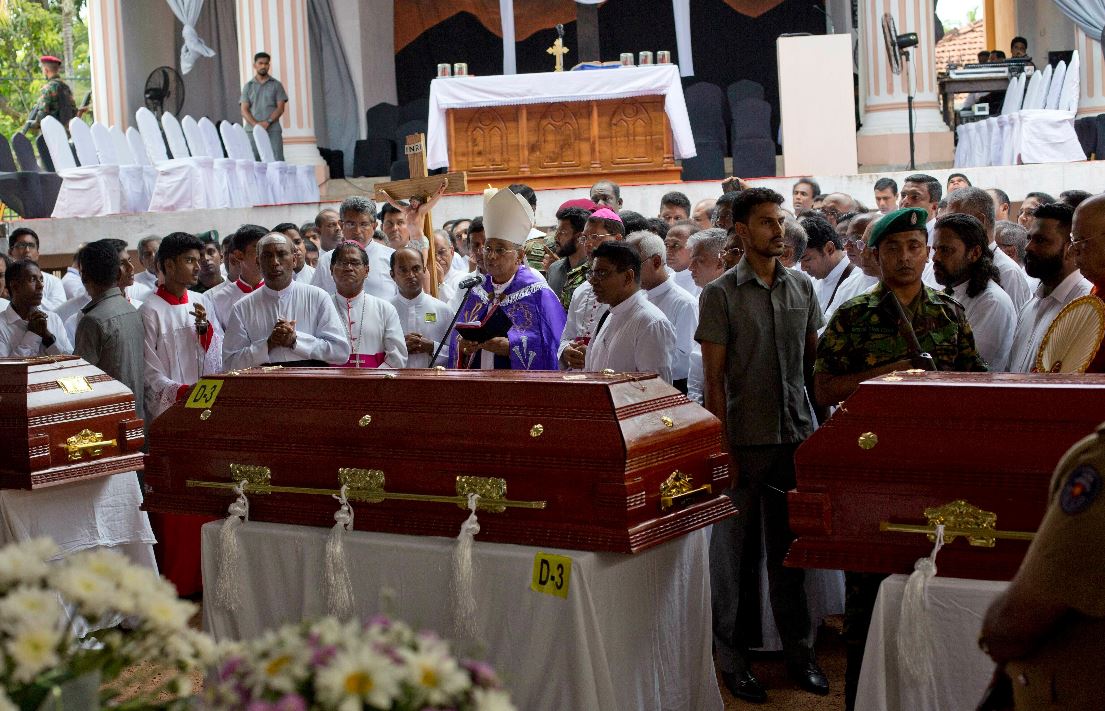 This is getting truly ridiculous!  As images of Christians lying dead in streets everywhere become more or less par for the course, the faithful watchdog media never miss an opportunity to warn their gullible viewers against those hateful Christians and Trump-supporting "terrorists" out there who are, apparently, the only real threat left in the world.

But when Muslim extremists blow up Christian churches the Christian victims are treated like anonymous pariahs.

Say what you will about Fox News, by the way, but in a country whose mainstream media would make Joseph Goebbels blush, Tucker Carlson is, well, a sworn enemy of lying pomposity, smugness and group-think:

We offer our prayers and solidarity to our Christian brothers and sisters in Sri Lanka. May the Risen Christ and His Blessed Mother comfort the survivors and welcome to paradise the victims of this satanic attack on the Mystical Body of Christ.

[Comment Guidelines - Click to view]
The Remnant values the comments and input of our visitors. It’s no secret, however, that trolls exist, and trolls can do a lot of damage to a brand. Therefore, our comments are heavily monitored 24/7 by Remnant moderators around the country.  They have been instructed to remove demeaning, hostile, needlessly combative, racist, Christophobic comments, and streams not related to the storyline. Multiple comments from one person under a story are also discouraged. Capitalized sentences or comments will be removed (Internet shouting).
The Remnant comments sections are not designed for frequent personal blogging, on-going debates or theological or other disputes between commenters. Please understand that we pay our writers to defend The Remnant’s editorial positions. We thus acknowledge no moral obligation whatsoever to allow anyone and everyone to try to undermine our editorial policy and create a general nuisance on our website.  Therefore, Remnant moderators reserve the right to edit or remove comments, and comments do not necessarily represent the views of The Remnant.
back to top
Last modified on Tuesday, April 23, 2019
Tweet