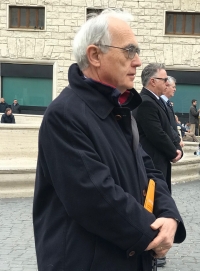 CatholicWorldReport.com covers the lay manifestation which took place the day before the Vatican Summit on sex abuse. The silent demonstration was a powerful witness against the Vatican’s current program of silence and obfuscation in the face of one of the largest coverup/abuse scandals in the Church’s history.

Called “In Silence to Break Down the Wall of Silence,” the demonstration was organized to urge the bishops attending the Vatican’s summit on the problem of child abuse in the Church, which opens on Thursday, not to limit the discussion to pedophilia, but to speak up about all the moral issues at stake, and especially about “the scourge of homosexuality.”

As explained by fliers given out while the demonstrators stood silently praying the Rosary and meditating on religious texts, the participants were lay Catholics who had come from various parts of the world to urge “the silent bishops” to “dare to speak the truth to the Holy Father.”

“If the summit limits itself to addressing only the abuse of minors, as its title would seem to indicate, it is bound to be a failure,” said Professor Roberto de Mattei, president of the Lepanto Foundation. “To limit the scandal to pedophilia alone, while ignoring the scourge of homosexuality, would be hypocritical, because homosexuality is not only a vice contrary to human nature, it also represents the basis of a power structure within the Church.” 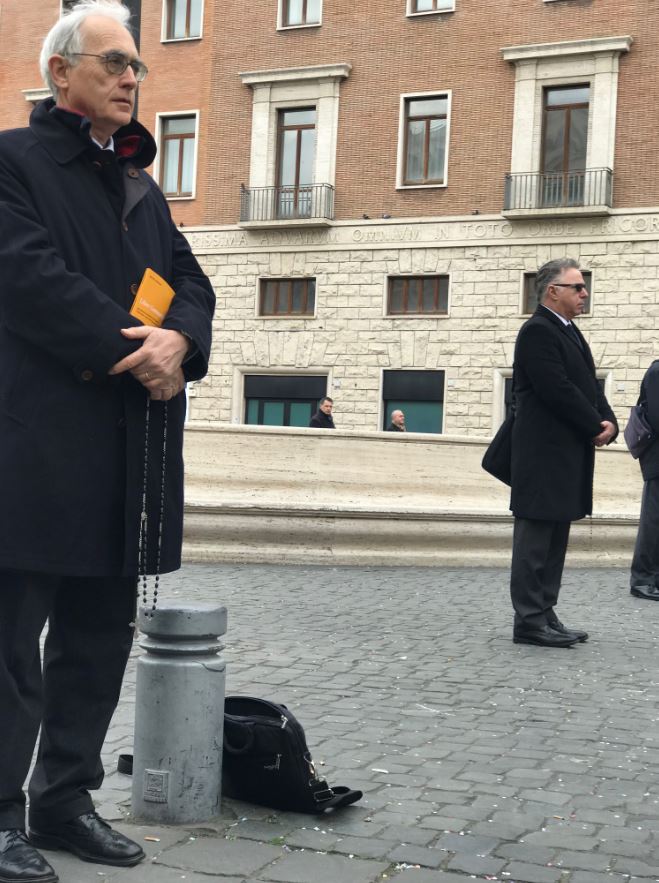 [Comment Guidelines - Click to view]
The Remnant values the comments and input of our visitors. It’s no secret, however, that trolls exist, and trolls can do a lot of damage to a brand. Therefore, our comments are heavily monitored 24/7 by Remnant moderators around the country.  They have been instructed to remove demeaning, hostile, needlessly combative, racist, Christophobic comments, and streams not related to the storyline. Multiple comments from one person under a story are also discouraged. Capitalized sentences or comments will be removed (Internet shouting).
The Remnant comments sections are not designed for frequent personal blogging, on-going debates or theological or other disputes between commenters. Please understand that we pay our writers to defend The Remnant’s editorial positions. We thus acknowledge no moral obligation whatsoever to allow anyone and everyone to try to undermine our editorial policy and create a general nuisance on our website.  Therefore, Remnant moderators reserve the right to edit or remove comments, and comments do not necessarily represent the views of The Remnant.
back to top
Last modified on Sunday, February 24, 2019
Tweet

More in this category: « Edward Pentin on the Pre-Summit Lay Demonstration in Rome GEORGE WEIGEL NAILS IT: The Cardinal Pell Conviction Stinks to High Heaven »