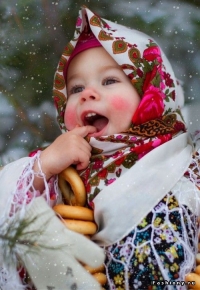 Good news for a change! According to OrthoChristian.com, the number of abortions in Russia has dropped by nearly two-thirds since 2000.

Moreover, the number of Russians who condemn abortion has tripled in 20 years, from 12 to 35%.

REMNANT COMMENT: Maybe all this has something to do with all this...

To all those who'll now predictably jump to dismiss this as a lot of propagandistic rot, let me just add this: I. Don't. Care!

If Christian symbolism has become powerful enough in Russia to induce the state to exploit it for political gain, I say: Slava Bogu!

If even a century of atheism has failed to tear out Mother Russia's Christian soul to such an extent that pretending to be Christian now wins elections over there, I say: Slava Bogu!

If Putin believes that posing as a Christian will cause him to be more beloved by his people and more feared by the brainless, soulless, heartless walking dead of the New World Order amassing on his borders, I say Slava Bogu!

A world drunk on atheistic secularism desperately needs the example of political leaders at the very least going through the motions of believing in God...even if it is nothing more than window dressing. Everybody wins, and we'll just have to wait for history to tell us if Putin really meant it or not. I hope and pray that he does. But even if he doesn't: Bring it on, Vlad, and Slava Bogu!

[Comment Guidelines - Click to view]
The Remnant values the comments and input of our visitors. It’s no secret, however, that trolls exist, and trolls can do a lot of damage to a brand. Therefore, our comments are heavily monitored 24/7 by Remnant moderators around the country.  They have been instructed to remove demeaning, hostile, needlessly combative, racist, Christophobic comments, and streams not related to the storyline. Multiple comments from one person under a story are also discouraged. Capitalized sentences or comments will be removed (Internet shouting).
The Remnant comments sections are not designed for frequent personal blogging, on-going debates or theological or other disputes between commenters. Please understand that we pay our writers to defend The Remnant’s editorial positions. We thus acknowledge no moral obligation whatsoever to allow anyone and everyone to try to undermine our editorial policy and create a general nuisance on our website.  Therefore, Remnant moderators reserve the right to edit or remove comments, and comments do not necessarily represent the views of The Remnant.
back to top
Last modified on Saturday, October 27, 2018
Tweet

More in this category: « Viganò, Freemasonry and the Lefebvre Question Sitting On His Throne of Moses, Francis Closes Synod »