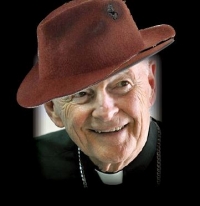 Cardinal Kevin Farrell, appointed by Pope Francis to head the Vatican's life and family dicastery, told young people during a televised youth forum that aired Sunday that the Pope wants to hear the voice of young people to bring about change in the Church.

“We really need to let our voice be heard, if not, life will go on as before. And that is not the way we want it to be. We need the Church to be more involved with the young people of the world, and you, my dear people, are the ones who are going to tell us how to do that,” he said.

Young people, he said, must say “how the Church needs to change its ways of doing things so we can be more attuned to the voice and to the hearts of the young,” he added later during the show.

The show was organized by Canada’s Salt and Light and co-hosted by Vatican consultant Fr. Thomas Rosica.

Faithful Catholics have raised concern that just as the recent Synods on the Family were used to undermine the Church’s teaching on marriage and the Eucharist, so too do they fear that the Youth Synod will have an analogous agenda.

By the way, the guy in charge of the Synod, Cardinal Farrell, was disgraced child predator (and former papal advisor) then-Cardinal Ted McCarrick's roommate for six years. He recently claimed to be "shocked and overwhelmed" by revelations of Teddy's Krueger-esque penchant for terrorizing kids and seminarians. 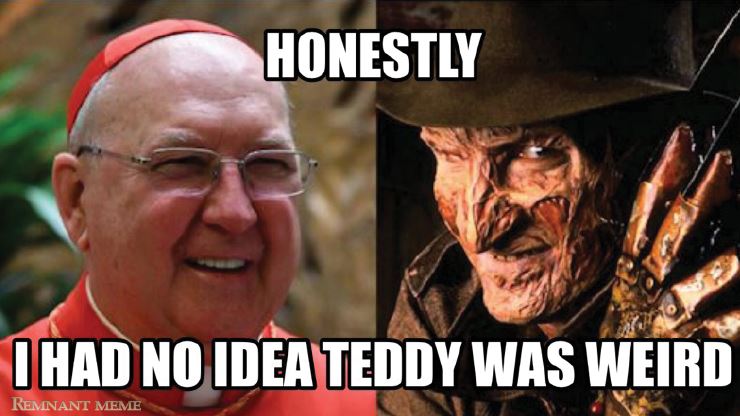 Meanwhile, back at the Circle O (Opus Dei, that is), it's business as usual:

Yes, that's right-- the "conservative" "watchdog of orthodoxy", Opus Dei, our sentry at the gate, is still keeping the sheeple in the dark about what's really going on here. As a friend recently noted, "They will not only go along with, but boldly champion whatever the man in white says, no matter what. They willfully ignore all problems--including heresy, approving adultery, banning death penalty, not answering credible sex abuse cover up allegations--the whole nine yards. As long as they have their pristine place in the Church with tons of money and are left alone, they will cheerlead whatever The Argentinian says."

[Comment Guidelines - Click to view]
The Remnant values the comments and input of our visitors. It’s no secret, however, that trolls exist, and trolls can do a lot of damage to a brand. Therefore, our comments are heavily monitored 24/7 by Remnant moderators around the country.  They have been instructed to remove demeaning, hostile, needlessly combative, racist, Christophobic comments, and streams not related to the storyline. Multiple comments from one person under a story are also discouraged. Capitalized sentences or comments will be removed (Internet shouting).
The Remnant comments sections are not designed for frequent personal blogging, on-going debates or theological or other disputes between commenters. Please understand that we pay our writers to defend The Remnant’s editorial positions. We thus acknowledge no moral obligation whatsoever to allow anyone and everyone to try to undermine our editorial policy and create a general nuisance on our website.  Therefore, Remnant moderators reserve the right to edit or remove comments, and comments do not necessarily represent the views of The Remnant.
Last modified on Thursday, September 20, 2018