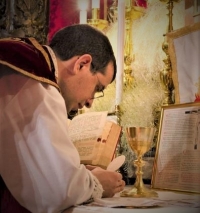 Since 2009 faithful on the island of Cuba have been seeking to have regularly available to them the traditional Roman Rite of the liturgy and the fullness of the Church's doctrine.  As this becomes more of a reality, having been increasingly nourished, these faithful have sought to rechristianize the island. 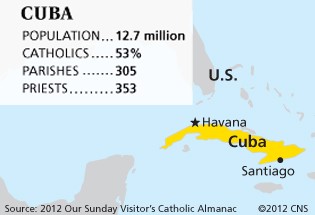 Since 2011, these faithful have been a full member association of the Foederatio Internationalis Una Voce (FIUV).   Every member association of FIUV is independent, though adhering to the principles of the federation.  I am an American of Cuban ancestry living in the United States who has worked with Una Voce Cuba since before its official admission in 2011 to FIUV.  Although Una Voce Cuba has in the past and still must turn to foreign benefactors for help in material needs, this does not imply that other member associations are sponsoring or directly supporting this virtual begging for alms, nor does it mean that Una Voce Cuba is trying to interfere with the good work of other associations ; e.g. Una Voce America or Una Voce France, who have their own work and efforts.

Below the oratory, of which the intial image also was when Mass was being offered.  It is part of a member’s home, in Matanzas, furnished over years: 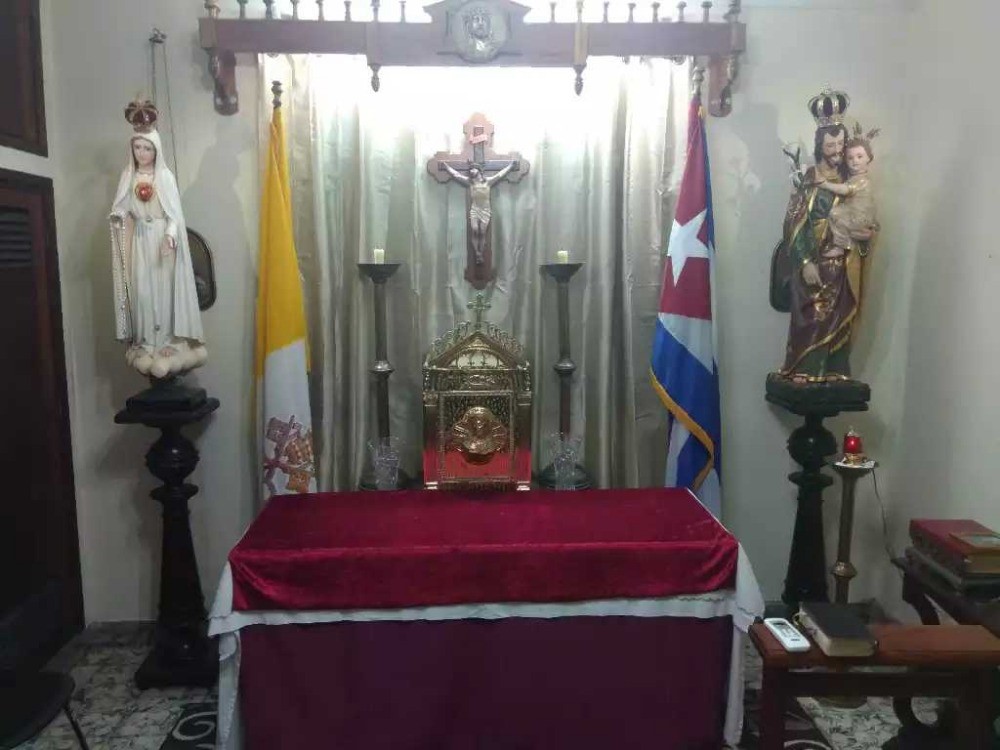 In the past we had a small group of benefactors mainly from Europe but also the US, with one or two who have given the bulk of the funds.  That model is at this time no longer functioning.  This campaign seeks the help of a large number of people from around the world, contributing what they can, even if smaller amounts like $10 (US), to supplement and in some cases replace previous almsgivers.  We are asking now because the interest in the Traditional Roman Rite on the island has increased.  This will not be a fast process but with your support it will be fast enough.  The details of what is being asked and for what it is used are below.  Finally, I especially ask the support of Cubans in the United States, their children, and grandchildren.  Many left the island for the sake of preserving the Faith in their families.  Please seek to help the very many who remain.

1)Donations can be made at https://www.gofundme.com/UnaVoceCuba.

2)  Questions should be addressed to the GoFundMe site.  I will provide periodic updates, some of which will address common questions.

*We had thought to use Paypal, but it became too complicated.
**Una Voce Cuba is not 501c3; there is no tax deduction for contributing.  What is given is simply for the good of souls.

3)  We seek funds through June 8, the Feast of the Sacred Heart of Jesus.

Finally I thank you.

The items are grouped by priority.  As money is received, it will go to items in priority A and when it is paid, B will be funded, and so on.  If when the campaign is over, we are in the middle of a group, some rearrangement within that group might be necessary:

1)  A portable altar for places on the island where no access to the churches is permitted but there is a desire for the Mass.
2)  A protective case for the altar when transporting it.
Total cost (including shipping):  $850.

(B)
This set is interesting because if someone were to donate a beautiful – Javier Luis, my colleague and superior in Una Voce Cuba who lives on the island, is insistent on the quality of liturgical items – and well-made chalice, ciborium, and monstrance only the transport costs would remain.

1)  Chalice :  $982
2)  Ciborium :  $1,164
3)  Monstrace :  $828
4)  Transport in this case for these items will be with an individual who will bring the items to the island himself.  There still much unknown here; the individual might also bring some items, which have been kept in storage.  Possible tariffs are included in this item as well.  If the amount is too high for merely paying for the individual to bring the items, the excess will go to a later priority: $1,000.

The new oratory in an outer part of Havana: 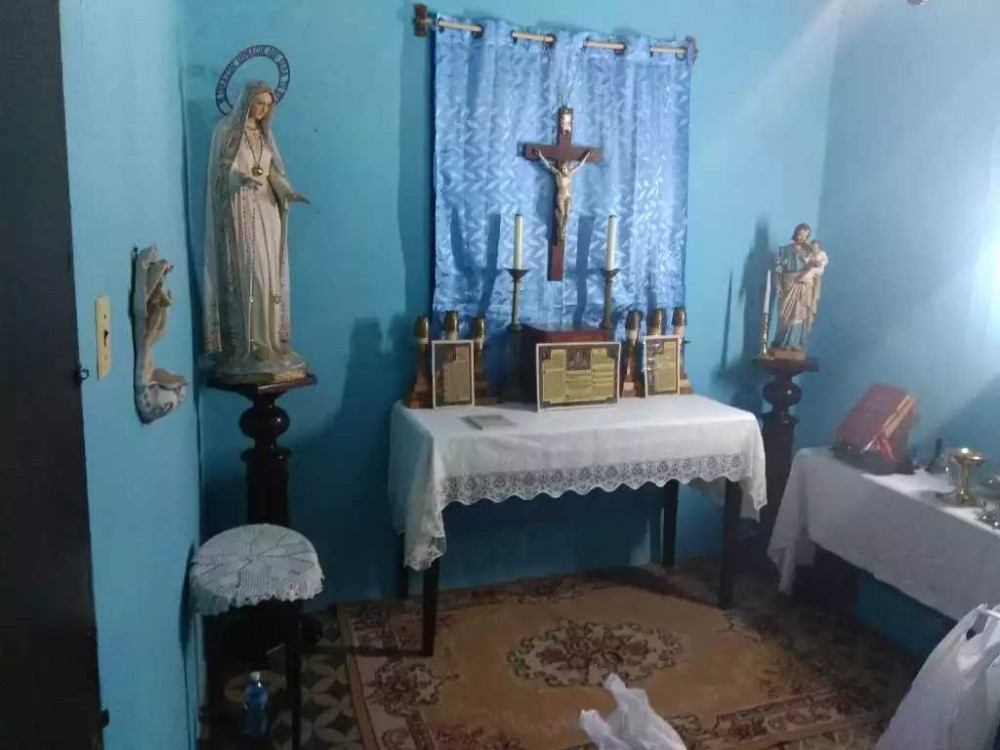 (C) The Havana oratory and loans:
Javier Luis whom I mentioned above has a tremendous trust in providence.  He accomplished this oratory in Havana by arranging loans. Those loans need to be paid-back.

1)  Repaying Loans:  $2,500.
2)  Air conditioner for the Havana chapel.  Since the windows must be kept closed because of the sound, the chapel is stifling.  An A/C unit needs to be bought and shipped:  $450

Multiplier: To offset the mandatory percentages taken by payment processors and the inevitable Cuban complications, the initial amount needed, $8,024, has a multiplier 109%.

God bless your kindness and generosity. We will pray mightily for our donors.

[Comment Guidelines - Click to view]
The Remnant values the comments and input of our visitors. It’s no secret, however, that trolls exist, and trolls can do a lot of damage to a brand. Therefore, our comments are heavily monitored 24/7 by Remnant moderators around the country.  They have been instructed to remove demeaning, hostile, needlessly combative, racist, Christophobic comments, and streams not related to the storyline. Multiple comments from one person under a story are also discouraged. Capitalized sentences or comments will be removed (Internet shouting).
The Remnant comments sections are not designed for frequent personal blogging, on-going debates or theological or other disputes between commenters. Please understand that we pay our writers to defend The Remnant’s editorial positions. We thus acknowledge no moral obligation whatsoever to allow anyone and everyone to try to undermine our editorial policy and create a general nuisance on our website.  Therefore, Remnant moderators reserve the right to edit or remove comments, and comments do not necessarily represent the views of The Remnant.
back to top
Last modified on Monday, May 14, 2018
Tweet