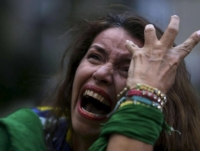 The effort to defund Planned Parenthood is still a work in progress. Readers will recall what happened last year when the Trump administration signaled the direction in which it was heading:

The measure, which now goes to President Trump for his signature, dismisses an Obama-era rule banning states from denying federal funds to such organizations.

Pence's vote was needed to break a 50-50 tie. Republicans Susan Collins of Maine and Lisa Murkowski of Alaska broke with their party, voting against the measure.

Republicans have said the Obama rule should be overturned to allow states the right to steer funds away from abortion providers, if they choose.

Sen. Joni Ernst, R-Iowa, said the measure reverses a rule that "attempted to empower federal bureaucrats in Washington and silence our states."

Democrats condemned the measure throughout the day, with Senate Minority Leader Chuck Schumer of New York calling it "another example of the Republican war on women."

"It would let states treat women as second-class citizens who don’t deserve the same access to health care as men," he said.

The House in February had voted 230-188 largely along party lines to reject the rule under the Congressional Review Act, which allows Congress to overturn recently enacted regulations.

The rule prohibits states from withholding family-planning funding from providers for reasons other than their ability to offer family-planning services. It took effect Jan. 18, two days before President Obama left office.

Since 2011, 13 states have restricted access to such grants, disrupting or reducing services in several instances. 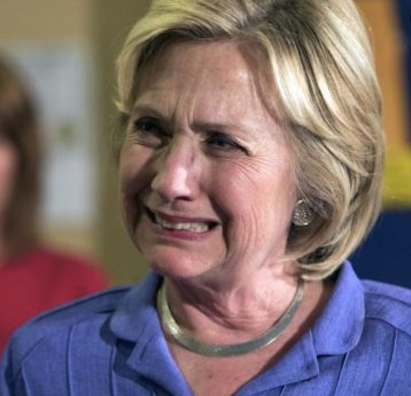 Earlier this year the Trump administration made good on the first stages of that promise to defund PP. And although the omnibus spending bill which President Trump severely criticized, was a dissapointment to pro-lifers, there is still a lot going on proving that this is far from over. For example, the CEO of Planned Parenthood, Cecile Richards, is now blowing the whistle on Ivanka and Jared Kushner, accusing them both of trying to bribe her to stop PP abortions.

Obviously there is a long way to go, but the effort to make good on the Trump promise to defund Planned Parenthood still has the Left in a panic.

And here are a few more reasons:

1) Rasmussen has got Trump's job-approval approval rating at 50 percent this week--higher than Obama's at this point of his first term.

2) Polls show that, despite CNN's best efforts to sandbag it, Trump's tax bill is now more popular than ever, which does not bode well for those hoping to keep Trump to a single term.

3) Trump's record number of conservative judicial confirmations will positively impact this country for at least the next generation.

4) With Chief Justice Anthony Kennedy's retirement now imminent, Trump will have yet another opportunity to solidify the Supreme Court in a more conservative direction for the next couple of generations.

5) The Russian probe has become a joke only Anderson Cooper still takes seriously.

6) The Dems' strongest political leader at the moment is an increasingly obnoxious high-school kid who doesn't like Laura Ingraham.

7) Trump has started work on “the wall” with funding from last year’s budget, which means the Senate will not be able to block it in 2018.

9) It looks like nobody cares about the p-hat women's march last year on the Mall or anywhere else. #TheStruggleIsReal

[Comment Guidelines - Click to view]
The Remnant values the comments and input of our visitors. It’s no secret, however, that trolls exist, and trolls can do a lot of damage to a brand. Therefore, our comments are heavily monitored 24/7 by Remnant moderators around the country.  They have been instructed to remove demeaning, hostile, needlessly combative, racist, Christophobic comments, and streams not related to the storyline. Multiple comments from one person under a story are also discouraged. Capitalized sentences or comments will be removed (Internet shouting).
The Remnant comments sections are not designed for frequent personal blogging, on-going debates or theological or other disputes between commenters. Please understand that we pay our writers to defend The Remnant’s editorial positions. We thus acknowledge no moral obligation whatsoever to allow anyone and everyone to try to undermine our editorial policy and create a general nuisance on our website.  Therefore, Remnant moderators reserve the right to edit or remove comments, and comments do not necessarily represent the views of The Remnant.
back to top
Last modified on Wednesday, April 4, 2018
Tweet