FREE CATHOLIC ITALY: An Appeal for International Cooperation from the Old World 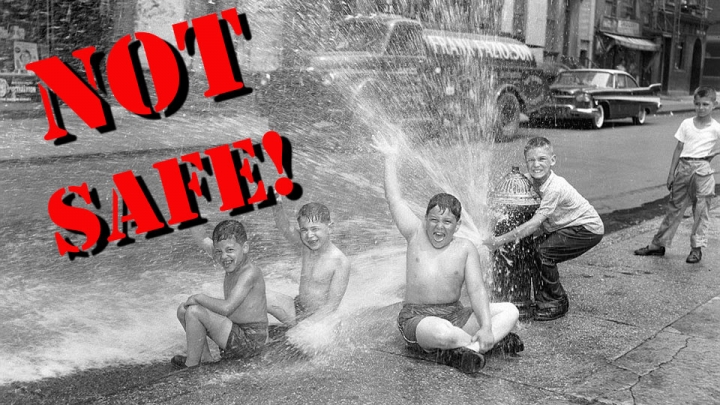 The title of this article has a two-fold significance. On the one hand, it points to that network of people, organizations, and blogs that I want to introduce to The Remnant family; a network that represents precisely what the title indicates: Free—as opposed to Oppressed, Muzzled, Suicidal, or openly Collaborationist—Catholic Italy. On the other, it reveals its members’ goal: to liberate their fellow believers and fellow countrymen from a regime with clearly totalitarian and viciously anti-religious ambitions, making it inevitably anti-rational and utterly inhuman in consequence.

It is important for us to know about their work because it is being done at the very center of what remains of the devastated vineyard once called the Western Church, because it requires a great deal of courage to undertake under current circumstances, and also because many of the leaders of Free Catholic Italy would be happy to have Americans provide them information about our own problems and initiatives and, if possible, to write for their journals and blogs as well. All of the men, women, groups, and blogs listed below promote the Traditional Liturgy, Catholic Social Doctrine, and are engaged with all their heart in the current battle against the anti-Christian global oligarchy and those Church authorities more illegitimately unified to the Regimes under their control than the Church has ever legitimately been unified to an honest State in history.

As horrible as the state and city governments of New York have been as local agents of the global coup d’état that the worldwide oligarchy has forced us to endure, I cannot say that I personally have felt the heel of the Tyrants as much as the members of Free Catholic Italy have felt it.

Allow me to preface this introduction to what will basically simply be a list of the members of Free Catholic Italy with an explanation of how I came to learn of them. I have been travelling to Italy, my grandparents’ homeland, for the past half a century, but my real knowledge of the courageous  “honor roll” to follow began in the years 1991-1992, at the time that the Roman Forum was planning its Summer Symposium on Lake Garda and a sabbatical year that my wife and I spent primarily in Rome. It was at that moment that I came to know three intersecting groups from out of which all of my other connections have providentially emerged over the succeeding decades.

One of these was concerned primarily with the Traditional Liturgy. It included Una Voce International---whose future President, Michael Davies, was a close friend---which was holding one of its regular meetings in Rome while I was present. Another of the liturgical connections was the Institute of Christ the King in Gricigliano, whose founder, Mgr. Gilles Wach, arranged for Alfons Cardinal Stickler to come to St. Agnes in New York in 1992 for a Solemn Pontifical Mass in the Traditional Rite and as a week of lectures to open officially the Roman Forum’s future program, both in the United States as well as in Italy. [Nota bene: Someone who is part of Free Catholic Italy, but whom I only really came to know as a result of this liturgical connection, and therefore should be mentioned at this juncture is Calogero Cammarata, from Piedmont in northwestern Italy, the Director of Inter Multiplices, Una Vox (http://www.unavox.it/; direct contact with Calogero is through This email address is being protected from spambots. You need JavaScript enabled to view it.)].

For one thing, the NYPD has been much more on the side of us serfs than on that of the Oligarchs.

A second of my intersecting circles in 1991-1992 was a group of young Catholic Traditionalist activists in Rome, one of whom, Professor Massimo Viglione, figures prominently in the list below. I have found myself in ever more frequent contact with Professor Viglione since the beginning of this latest stage in the secular global oligarchy’s effort to destroy the remnants of Christendom. He, too, has been of enormous assistance in putting me into contact with other members of Free Catholic Italy who are part of the Resistance to the forces of the Great Reset.

The third circle from the early 1990s centered round an academic, Danilo Castellano, who is now Professor Emeritus of Philosophy of Law and Dean Emeritus of the Law School of the University of Udine. His journal   Instaurare, along with the conferences that this organizes every year, have probably had more impact on the development of the Roman Forum’s program on Lake Garda than anything else. It is through Professor Castellano that we were introduced to Bernard Dumont, editor of Catolica in France (https://www.catholica.presse.fr/author/bernard-dumont/) and to Professors Juan Fernando Segovia of the University of Mendoza in Argentina  and Miguel Ayuso of the Pontifical University Comillas in Madrid. The latter two men, through their work with the Fundación Speiro (https://fundacionspeiro.org/) and its journal Verbo are central to Catholic political and social thought throughout the entire Hispanic world.

What my Italian friends and relatives have been through has been much more Stalinist in character.

But I have now gone far afield from my initial goal: the roll of honor of members of Free Catholic Italy. I am certain that this roll of honor is not complete---and for the lacunae, I express my sincere regret to those I have neglected---but it is what I have available to me at the moment. I will list the following and their contact information in the order of my having become familiar with them, fleshing out my introduction of those whom I have not already mentioned in some detail above.

As horrible as the state and city governments of New York have been as local agents of the global coup d’état that the worldwide oligarchy has forced us to endure, I cannot say that I personally have felt the heel of the Tyrants as much as the members of Free Catholic Italy have felt it. For one thing, the NYPD has been much more on the side of us serfs than on that of the Oligarchs. What my Italian friends and relatives have been through has been much more Stalinist in character. It is this that has made their labors all the more worthy of my respect. Let us unite with them and respond to their call for assistance with information, writings, and preparation for our common battles with a common foe, whose totally Satanic character becomes every day more crystal clear!

The latest RTV video was TAKEN DOWN from YouTube! Watch to see why.
FREEDOM, EH? Canada Leads the World

[Comment Guidelines - Click to view]
The Remnant values the comments and input of our visitors. It’s no secret, however, that trolls exist, and trolls can do a lot of damage to a brand. Therefore, our comments are heavily monitored 24/7 by Remnant moderators around the country.  They have been instructed to remove demeaning, hostile, needlessly combative, racist, Christophobic comments, and streams not related to the storyline. Multiple comments from one person under a story are also discouraged. Capitalized sentences or comments will be removed (Internet shouting).
The Remnant comments sections are not designed for frequent personal blogging, on-going debates or theological or other disputes between commenters. Please understand that we pay our writers to defend The Remnant’s editorial positions. We thus acknowledge no moral obligation whatsoever to allow anyone and everyone to try to undermine our editorial policy and create a general nuisance on our website.  Therefore, Remnant moderators reserve the right to edit or remove comments, and comments do not necessarily represent the views of The Remnant.
back to top
Last modified on Monday, February 7, 2022
Tweet

More in this category: « BORDER WARS: Biden government secretly flying border-jumpers around U.S. Back to the 70’s: What if All Traditional Priests are Suspended? (Part II) »