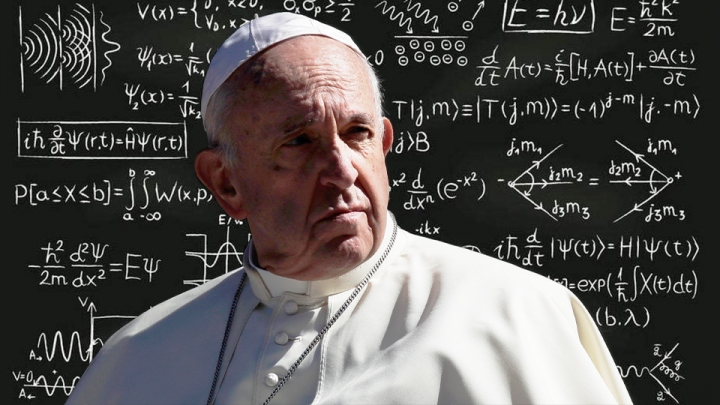 When Pope Francis issued Traditionis Custodes in July of this year, he attempted to do away with the bizarre situation in which Catholics have lived out their Faith since after the Second Vatican Council. For my whole life, we have had a doubled Mass. There have been two parallel visions of the Faith, and it had become increasingly clear that they were not as similar as the Church has been insisting. Francis tried to solve this dilemma by obliterating one of the two parallel lines.

In truth, the “solution” to this situation which Francis dictates in Traditionis Custodes is very much the same as the original intention of the liturgical reforms of Paul VI, which went into effect in 1970. As the Congregation for the Doctrine of the Faith noted in 1971, the Novus Ordo Missal was not optional, but to be the Church’s new liturgical norm. There were not, at first, to be parallel lines, but rather one entirely new line spliced in where the old line had been cut. In 1976 Paul VI again made it clear that the Novus Ordo was to be celebrated by all priests, without regard to their discretion, and that the traditional rite was reserved only for aged and infirm prelates, and only then when no laity were present. (https://fsspx.news/en/news-events/news/status-traditional-mass-liturgical-reform-68423) In other words, the traditional Mass was to die with the old priests who still wanted to celebrate it (and even then only in secret). That was always the plan. Not two liturgies, but one.

Francis is, I think quite literally, the most deranged human ever to walk the face of the earth.

A reprieve came with John Paul II and Benedict XVI. The realization was rooted partly in Realpolitik. People were ignoring the Vatican and continuing to celebrate and attend the traditional, Tridentine Rite anyway, regardless of what the pope said. (https://sspx.org/en/quattuor-abhinc-annos) “The old line has been cut, so stop using it,” eventually became, “Oh, well, I guess you can keep using the old line if you really want to. We actually didn’t succeed in cutting it anyway.” In 1984 (https://lms.org.uk/quattuor-abhinc-annos), 1988 (https://www.vatican.va/content/john-paul-ii/en/motu_proprio/documents/hf_jp-ii_motu-proprio_02071988_ecclesia-dei.html), and again in 2007 (https://www.vatican.va/content/benedict-xvi/en/motu_proprio/documents/hf_ben-xvi_motu-proprio_20070707_summorum-pontificum.html), conciliar pontiffs permitted the ongoing celebration of the traditional Mass. The 2007 motu proprio by Benedict XVI, Summorum Pontificum, was especially prudent in this regard, as in it Benedict appeared to realize what his predecessors had not: the traditional Mass can never be eradicated or replaced. You cannot cut the line. The line is not negotiable; it is everything. Rome looks foolish when it tries to prohibit not only that to which the sensus fidei cleaves, but that upon which the very foundation of Rome as a Christian city rests: the Holy Sacrifice of the Mass. No Mass, no Church; no Church, no Christian Rome. No Christian Rome, no Vatican; no Vatican, no pope. Reverse the order and you see why a pope cancelling the original Mass is suicide.

Benedict’s 2007 compromise was more than just Realpolitik, though, and more even than prudence. It recognized, I think, a much deeper truth about the Second Vatican Council. The “reforms” of the Council Fathers were valid only insofar as those reforms rested on—or, more accurately, were parasitical on—the living tradition of Holy Mother Church. Paul VI made the literally insane move to do away with the Tridentine Mass, but John Paul II and Benedict XVI steered the Church back from Paul VI’s brink. Because there is no alternative to the Mass.

Francis has thrown God’s Mass, the Body and Blood of His Son born of the Virgin to whom the angel appeared, back in His Face.

This was not conservatism but common sense. The Novus Ordo is an abomination, a choreographed blasphemy. It commands the priest to turn his back to God and consecrate the Host to the people, and by this means so destroys reverence for the Blessed Sacrament that the laity treat the Host as a kind of snack, a reward—an offering—to them for enduring the empty ceremony of two thousand years of cultural inertia petering out (no pun intended) in the modern age. The great fiction of the post-Paul VI era, up until the summer of 2021, was that this abomination and the Tridentine Mass were equal, the same. While this fiction persisted, the Church Militant drifted along. As long as no one forced the issue, the uneasy truce held. Benedict did the best that any human being could do. He told a noble lie so that the entire edifice which the Council had thrown up would not collapse on top of him.

But then came Francis. Francis is, I think quite literally, the most deranged human ever to walk the face of the earth. Deranged, but unconcerned, even glib. He has done what no one except for Paul VI—and even then I think Paul VI did not remotely understand what he was really doing—has attempted. Francis has thrown God’s Mass, the Body and Blood of His Son born of the Virgin to whom the angel appeared, back in His Face. “What you have given us is outdated, we no longer have use for it,” Francis says to God. “This Mass is no longer to our liking. Do whatever you like with it, but we are done.”

There have been countless madmen in history who have wrought horrific evil on other men... But none has declared, from the See of St. Peter, that the Holy Sacrifice of the One Whom St. Peter called “Rabbi” is null and void.

There have been countless madmen in history who have wrought horrific evil on other men, and many lunatics who have thought themselves demigods, gods, or even God Himself. But none has declared, from the See of St. Peter, that the Holy Sacrifice of the One Whom St. Peter called “Rabbi” is null and void. Francis is the very first in history to do this thing. It staggers the mind to contemplate what Francis has rendered, or tried to, with Traditionis Custodes. Newchurch hums along as blithely as ever, as those with Stockholm Syndrome are wont to do. But every day some more in Newchurch wake up, and realize the transgression that their Francis has gone and done.

To put it in physics-like terms, Francis has collapsed the wavefunction holding the two mutually repulsive particles, the V2 particle and the TM particle, in a state of entanglement. Because Francis defined just one of the two as the definite member of the pair, he destroyed the relationship, the suspended simulacrum of connection. Or, to use the Heisenberg uncertainty principle, Francis wanted to pin down the Novus Ordo as the only acceptable liturgical form, but the moment he did so the Tridentine Mass was unknowable to him. He is hoist by his own petard. Francis wanted to “solve” the problem of the parallel churches, but all he did was destroy the fake one and give unintended glory to the real.

The reality is that Francis has ended the illusion of the parallel lines. The moment Francis insisted that the 1970 Roman Missal was the one and only Mass, he separated forever the real Mass from the fake.

To use another metaphor, Francis peeked under the hood of the Vatican II machine and found that there was nothing there. It’s not moving of its own accord. There is no there there. The whole arrangement is loaded on the back of a giant freight train called the Church Militant. Opening the hood of the phony Model V2 set in motion a spring-loaded Rube Goldberg device, all the papers and pronouncements of theologians and pundits over the past six decades jury-rigging the two liturgies together. This contraption whirred and clattered and eventually dumped the Model V2 right off one of the flatbed cars, depositing it in a heap on the side of the tracks, motionless and destroyed.

This engineless fake is what Francis now says is the only Mass. He says that there can be no other, that God’s Mass is passe, obsolete, kaput, that the scorched jalopy is all you need to know about the liturgy. The Church Militant freight train howls past him and barrels down the tracks toward the Apocalypse for the salvation of souls, but Francis dusts himself off, mounts the Model V2 chassis, and addresses the stunned onlookers assembling around the wreckage, saying, “There! I have fixed it! Pay no attention to the train which races off without me—that is a train filled with rigid and unloving people, conspiracy theorists, those who wish me dead! I give you the Model V2!”

A smattering of bewildered applause. The New York Times, at least, writes up a glowing review.

The metaphors give just a hint of the reality. The reality is that Francis has ended the illusion of the parallel lines. The moment Francis insisted that the 1970 Roman Missal was the one and only Mass, he separated forever the real Mass from the fake. The fake had subsisted entirely on the life-giving power of the real. The fake was the design of men, the clueless doodling of fools who would “update” what God has given for our salvation. Francis doomed Newchurch on July 16, 2021. I would like to know the exact hour and minute and second at which Francis signed the document, for that is a moment unparalleled in the history of the world. The pope committed Newchurchicide. The claptrap of the Council was shown to be a useless whirligig, a clanky fraud. The Novus Ordo ended that moment. The wavefunction collapsed. Like Lot’s wife, Francis just couldn’t restrain himself. And in that instant, poof.

The odd connection between the real Mass and the Novus Ordo hanger-on brings up one other connection, one perhaps even more sensitive than the wavefunction which had been strangely pairing Newchurch with the original. The pope is a man. He takes sacramental orders as a priest and receives special graces as pontiff. But he is not God. What happens when man wars on God? What I mean more specifically is, where does the papacy end and Jorge Maria Bergoglio begin? I proposed a sedevacationism, but that seems unworkable now, if it ever was workable in the first place. What happens when the successor of the footless St. Peter, mutilated in death for the greater glory of God, cuts off his own feet? Where, then, does such a bridgemaker stand?

[Comment Guidelines - Click to view]
The Remnant values the comments and input of our visitors. It’s no secret, however, that trolls exist, and trolls can do a lot of damage to a brand. Therefore, our comments are heavily monitored 24/7 by Remnant moderators around the country.  They have been instructed to remove demeaning, hostile, needlessly combative, racist, Christophobic comments, and streams not related to the storyline. Multiple comments from one person under a story are also discouraged. Capitalized sentences or comments will be removed (Internet shouting).
The Remnant comments sections are not designed for frequent personal blogging, on-going debates or theological or other disputes between commenters. Please understand that we pay our writers to defend The Remnant’s editorial positions. We thus acknowledge no moral obligation whatsoever to allow anyone and everyone to try to undermine our editorial policy and create a general nuisance on our website.  Therefore, Remnant moderators reserve the right to edit or remove comments, and comments do not necessarily represent the views of The Remnant.
back to top
Last modified on Wednesday, October 20, 2021
Tweet

More in this category: « The Unvaccinated Are Looking Smarter Every Week Donald Trump Files Lawsuit in Defense of the Constitution »