The Franchise and the End of an Era 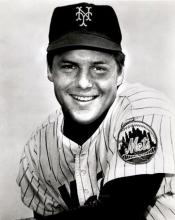 Once upon a time, sports was a welcomed respite from everyday life, and in particular, politics.  In contemporary America, professional sports has become an exercise in the leftist antics of spoiled, rich man-children who think nothing of disrespecting the nation that affords them the opportunity and freedom to be who they are.

Moreover, in 1967, tens of thousands of young adults flocked to San Francisco to “turn on, tune in, and drop out.” That same year, Tom Seaver, a native of nearby Fresno, California, found himself taking the mound for the worst team in Major League Baseball (MLB), the New York Mets.

Seaver was the antithesis of the counter-culture, a clean cut, hardworking hurler, whose expectation of winning came to him as natural as breathing.  These traits no doubt followed Seaver from his stint serving in the Marine Corps Reserve.

Seaver was more than an ace baseball pitcher for the Mets, but a stable and consistent presence amid an era of Americana that had veered terribly off-course.  Seaver made his presence felt immediately by winning the 1967 National League’s Rookie of the Year award.

Seaver’s manager was another Marine named Gil Hodges, who was awarded the Bronze Star for valor while fighting on Okinawa during World War II, a fact lost on many in MLB.  Such heroics only underscore how Hodges was much more than just a great baseball player with the Dodgers and manager of the New York Mets, whom Seaver called a second father.

Hodges was at the helm when the Miracle Mets of 1969 shocked the baseball establishment by winning not only the National League pennant, but the World Series over a heavily favored Baltimore team despite losing the first game of that series.

Early in his career, Seaver lived in Bayside, Queens, a short ride to Flushing and Shea Stadium.  It was the final era where players actually lived among the masses who filled the stadiums’ upper decks and bleachers.  Meanwhile, Hodges, an Indiana native, resided along Bedford Avenue in East Flatbush, Brooklyn, in my mother’s neighborhood.  The first time I ever picked up a bowling ball was at the Gil Hodges’ Lanes.  Hodges lived out the rest of his life in Brooklyn and tragically died of a heart attack on – Easter Sunday, 1972 – just two days before his 48th birthday.

I can still recall when Hodges passed on.  We were visiting my aunt and uncle along Bay Ridge’s 3rd Avenue that Easter watching TV, when a “special report” broke into the broadcast to inform their New York audience that Hodges had succumbed to a heart attack that afternoon as the Mets were wrapping up spring training.  That was the first of many moments that I could recall where I had been after a stunning event.

Despite the effort, I was unable to find out the particulars of Tom Seaver’s funeral.  I wondered if he was Catholic like Hodges, who was described as devout.  If anything, Seaver’s appeal was certainly catholic.  Hodges’s funeral Mass at Our Lady Help of Christians church drew a crowd estimated by the NYPD at over 10,000 who lined East 28th Street, which is a short trip to Flatbush’s Holy Cross Cemetery where Hodges was laid to rest on his birthday.

This brings to mind another legendary Brooklynite, Vince Lombardi, who was a daily communicant and once aspired to become a priest.  Ironically, Hodges’s wife’s maiden name was Lombardi, but she is not a direct relation to the NFL Hall-of-Fame coach.  Mentioning the Hall-of-Fame, Hodges candidacy will be reviewed once more for Cooperstown in December.  MLB needs to do the right thing and admit Hodges, whose widow is still alive at 94. 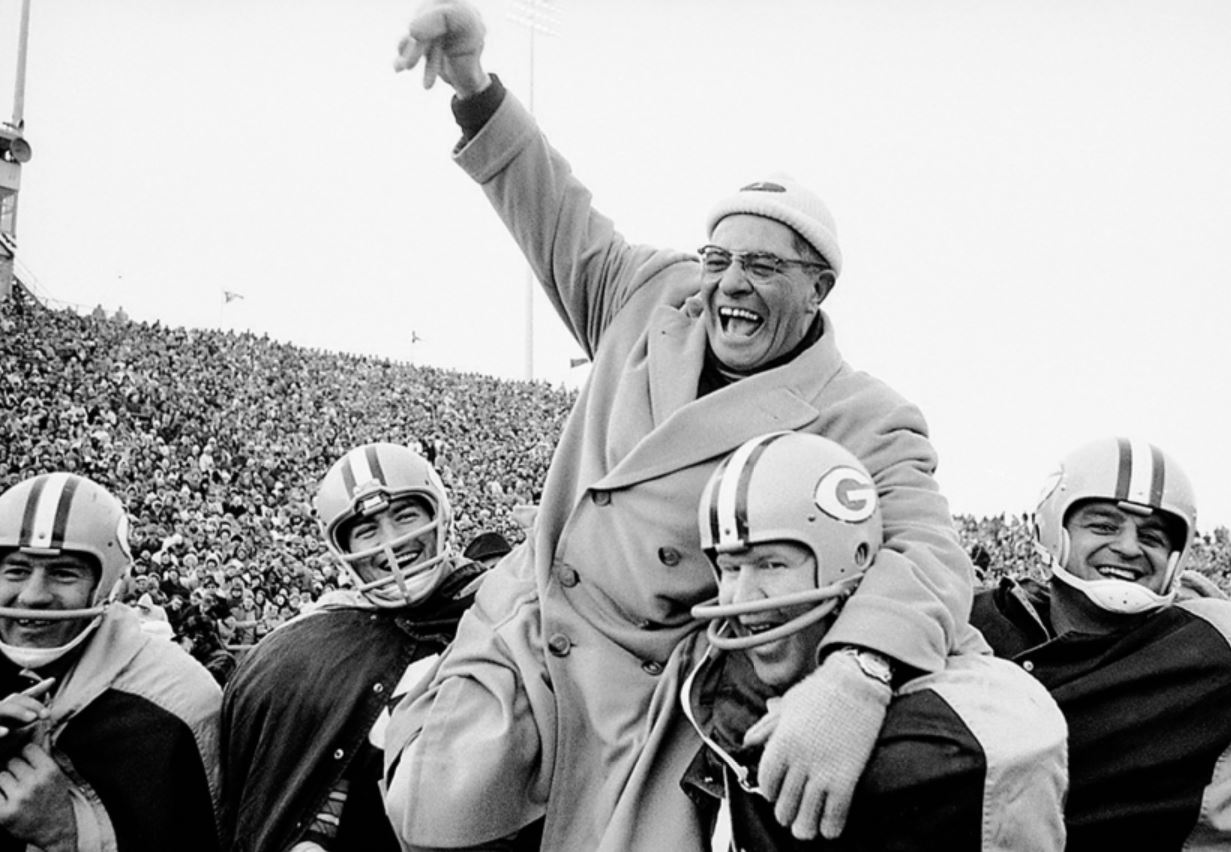 Through it all, Seaver had 311 career wins, 198 with the Mets, 61 career shutouts, 41 with the Mets, 3640 career strikeouts, and three Cy Young awards, all while wearing a Mets uniform.  Throughout their 58-year history, Seaver was the one truly great player who came up through the Mets’ farm system albeit briefly, and who was aptly dubbed, “The Franchise.”

It was a week before the nation’s bicentennial that I finally saw Seaver pitch at Shea.  We even caught a glimpse of his wife, Nancy.  She was almost as famous, being that California blonde who always sat in the plum box seats behind the Mets’ dugout every time her husband pitched.  On that particular night against the St. Louis Cardinals, we were planted in Shea’s upper deck with a better view of the planes landing and taking off from LaGuardia than seeing the players on the field.  However, we didn’t care as Seaver got the win and Dave Kingman hit a homerun that nearly collided with a plane.

For most New York baseball fans, the trade of Tom Seaver in June the following year was like a death in the family.  Whether you were a Met or Yankee fan, you knew that Seaver was one of the great ones destined for Cooperstown.  The shock was so deep-rooted that the New York press labeled it the Midnight Massacre and it would haunt the Mets’ universe for years to come.

The Mets sent The Franchise, who was simply the best pitcher in baseball, to the Cincinnati Reds, the defending World Series champion, no less, for four mediocre players.  Free agency was new to MLB, and Seaver’s contract was up at the end of the season and the Mets obviously had no intent on paying Seaver what he was worth.

The architect of the Mets’ version of the Titanic was M. Donald Grant, who would be vilified similar to Branch Rickey, who, 20 years before, took the Dodgers west to Los Angeles.  It was then that I started to comprehend how diehard Dodger fans like my mother must have felt when the Boys of Summer deserted Brooklyn less than three years after they won their first World Series in 1955.

The Dodgers fleeing Brooklyn was like an open wound that has affected this proud New York City “Borough of Churches” arguably to this very day.

With Seaver gone, I was done with the Mets, but still followed The Franchise.  When Seaver’s book “The Art of Pitching” came out long past his retirement in 1994, I could not resist even though my playing days were now antiquity.

Seaver’s death extinguished another light of my New York childhood.  I am sure this holds true for many from my era, who not only followed the New York Mets, but MLB especially those from the metro area.  I have made it a point to watch numerous interviews and old games and have enjoyed that much more than the placard attended games now being foisted upon a COVID-19 public that seemingly wants to get back to the business of living and not like East Germany circa 1967.

Eras really have no precise definition. We use era to describe periods of time that are at odds with what came before.  The expression “end of an era” is bandied about with such regularity that it has cheapened the coin of the realm.  Era-endings include the fall of the Roman Empire, the demise of the rotary telephone, and to this columnist, the passing of The Franchise, Tom Seaver.

May his soul, along with the rest of the faithfully departed, rest in peace.

[Comment Guidelines - Click to view]
The Remnant values the comments and input of our visitors. It’s no secret, however, that trolls exist, and trolls can do a lot of damage to a brand. Therefore, our comments are heavily monitored 24/7 by Remnant moderators around the country.  They have been instructed to remove demeaning, hostile, needlessly combative, racist, Christophobic comments, and streams not related to the storyline. Multiple comments from one person under a story are also discouraged. Capitalized sentences or comments will be removed (Internet shouting).
The Remnant comments sections are not designed for frequent personal blogging, on-going debates or theological or other disputes between commenters. Please understand that we pay our writers to defend The Remnant’s editorial positions. We thus acknowledge no moral obligation whatsoever to allow anyone and everyone to try to undermine our editorial policy and create a general nuisance on our website.  Therefore, Remnant moderators reserve the right to edit or remove comments, and comments do not necessarily represent the views of The Remnant.
back to top
Last modified on Sunday, September 27, 2020
Tweet

More in this category: « Please Nominate Katrina Jackson (D-LA) to the Supreme Court Letters From Hell: V. Will The Revolution “Devour Its Own Children”? »