When it comes to Trump's America, IT'S PERSONAL 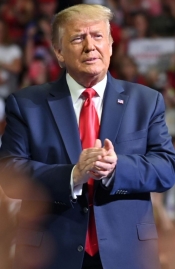 When news broke in the waning days of December that an Iranian-directed “mob” (many of whom were in fatigues—not exactly masters of disguise) was attacking the U.S. Embassy inside the green zone in Baghdad, President Donald Trump responded initially by retweeting Sen. Lindsay Graham’s statement that “there will be no Benghazis” on Trump’s watch.

Donald Trump doesn’t have a detailed plan. He doesn’t trade blood or money for ideas. And if anyone messes with America—not American property, but American people—he will “terminate” him. For Trump, it’s not ideological, it’s personal. It always has been.

Consider how the Trump White House run began. During the George W. Bush presidency Trump would occasionally call in to the morning Fox news programs to denounce Bush and his awful decisions. What Bush was doing, Trump said, was bad for the country. Americans were dying in Afghanistan and Iraq. Taxpayers were footing the bill for bloated folly. It was impossible not to sense the tinge of contempt in Trump’s voice for a man he clearly thought was in over his head and mucking things up for the little guy.

Trump continued to toy with Bush via the public airwaves, and to toy with the idea of running for president, until the fateful moment in April of 2011, at the White House correspondents’ dinner, when then-president Barack Obama ridiculed Trump for Trump’s fixation on Obama’s doctored birth certificate. (Trump was right about that, too, but that’s a different story.) Trump had been going after Obama at the core of his legitimacy, not so much as a president but as a citizen, and Obama returned the favor by belittling Trump in front of the news media.

Trump sat stone-faced, his the flinty glare of a man plotting the intricacies of his revenge.

From that moment, Trump went all-in on his presidential campaign. He was dismissed by nearly everyone as a fraud, a P.T. Barnum, a madman, a fool. One by one, Trump picked off his opponents. It was fish in a barrel. Trump intuited their personal weaknesses, honed in, and hit “fire”. Marco Rubio, Jeb Bush (it must have been particularly gratifying to wallop a Bush brother), Ted Cruz. All the crowned heads of Conservatism, Inc., went rolling. By the time anyone figured out what was happening, all of Trump’s rivals lay dead in the polls.

Even John McCain, who was thought impervious to personal attacks due to his Vietnam War record, was made mince-meat of. Trump likes war heroes who don’t get captured by the enemy. The rawness of the affront was invigorating. Another one bites the dust.

Once Trump had secured the Republican nomination, he swung his battleship into the wind and prepared for combat with the nastiest foe of them all: Hillary Clinton. Out-Bushing the Bushes by a factor of ten thousand, this ultimate Washington insider embodied for Trump all that was wrong with the country he loves. Corruption, hypocrisy, cruelty, greed. Hillary Clinton had it all, and Trump was training all he had on Enemy Number One.

Clinton, to the renewed shock of the hapless punditry, proved defenseless. She had seemed invincible, but then she folded like a house of cards. She threw up all the usual smokescreens, including the tried-and-true “misogynist” canard that had worked a million times before with the same press corps that laughed in 2011 while Trump plotted his revenge. Trump swatted that flak aside like a cyclops passing through a gnat swarm. Trump was single-mindedly focused on destroying his enemy. Everything was simple, because there was no need to triangulate. There was only one point, the target herself.

Baffled, as all of Trump’s enemies are, Clinton, too, made unforced errors. The mirage of her coronation evaporated before her eyes. With it, the Clinton machine, the influence-peddling operation on a par with the most corrupt politics of personal connections in all of history (Boss Tweed would never have made it at the Clinton Foundation—too much conscience), got busted up like Enron. The Clinton wraith still wafts through Washington, but a house called Trump fell on Hillary and the rest is just the usual unraveling of a graft network.

Trump’s personalism continued even after he took up shop on Pennsylvania Avenue. If anything, the Agincourt of the campaign was nothing compared to the Normandy of Trump’s first term in office. James Comey, Andrew McCabe, Lisa Page, Peter Strzok, Susan Rice, Jim Acosta, John Brennan, James Clapper, Jeff Sessions, and, in the background, the Old Galvanizer himself, Barack Obama—it was a smorgasbord of vendettas to fulfill. One, two, three. Line ‘em up, shoot ‘em down.

By dint of the most killer political instincts I think this country has ever seen—by virtue of sheer talent for identifying an enemy and simultaneously plotting a path to his or her jugular—Donald Trump, the personalist, has conquered Washington.

What does that mean for the rest of us?

The events of these past four years have made it clear, at least in my mind: Thank God I voted for Donald Trump. Thank God he won. Had we had in office a Clinton, or a Bush, or an Obama, we would now either be paying the Iranians off for killing Americans, or else hunkering down in the underground bomb shelters and listening to World War III unfold on the shortwave radio.

“Freedom and democracy,” “the right of self-determination,” “the liberal consensus,” “the NATO system,” or some other such incantation, and probably all of them combined, would be deployed as the B-52s screeched to rubble distant capitals so that some invisible ideal could either be incarnated or dispatched back to the Platonic beyond. “Free Trade!” the cavalry would shout as it scythed its way across the Persian defile. “Death to Terrorism!” would be scrawled on the cluster bombs as they fell onto the rooftops of Babylon.

When things are personal, one lasers in on the enemy—things get tense, and it seems for a time that there will be World War III. That may be too personal for some, but it turned out to be a much better guide to action than “making the world safe for democracy”.

“There will be no Benghazis” is Trump not being Hillary and Obama. It works for me. I will take Donald Trump, the personalist, over all the ideologues on the Potomac any day.

But this, it must be concluded, is exactly why the Impeachment Brigade has now shifted the tactics. They figured out that Trump is a personalist, and they moved to take that advantage away from him. Take away Trump’s enemy, and you have cut Samson’s hair. Now Trump is stymied. He has no one to attack.

He must “flatten the curve”. Not much personal animosity there. He must combat “systemic racism”. He must meet enemies which by definition have no personality. He must fight in the dark, without any visible foe to grab on to. The Left now sits aside as the cities they lit on fire burn, and they smirk at Trump as he tries to figure out how to defeat the enemy which pretends to be invisible.

No, worse—the left has set up a straw man in place of a real enemy. They have made George Floyd their human shield in their mad desire to destroy Black America just so they can take Trump down. The grotesque spectacle of Democrats firebombing black neighborhoods to spite Donald Trump has got to be one of the most revolting scenes in American history.

So let us wake up, Americans, and understand that this is not nearly as impersonal as it seems. The same old warlocks and hags are still in the shadows, the same Brennans and Obamas and Pelosis and Clintons are still rubbing their hands together backstage. This fight is as personal as it ever was. Infinitely more so, because now the Left is burning churches, and now they have come directly after us. We don’t have to wait until November of this year to choose. The lines are drawn now, the battle is already joined. The left is on the march, my friends. And they are coming after each of us personally. They have scanned our faces, they have algorithmed our minds—they know if we are masked or not, and they will exact vengeance if we do not follow their decrees. They know your name, they know exactly where you live.

We can turn the tables on them one last time, though. We know their names, too—so let us pray for our enemies, that they might stop burning churches and eventually go into one, kneel down, and submit to God. Silly liberal, kneeling is for worship.

It will do us no good to win in November if the Christianization of America is not the end result. No election will ever bring that about. No amount of kneeling into empty space will work. Only prayer and sacrifice can do it, only kneeling to Jesus and asking Him to make us whole. Make it personal, friends. Offer up your enemies’ names to the Holy Ghost and ask for their sanctification. Lift up the family of George Floyd, too. For the sake of the country, make it personal, and let us finally bring this long season of civil war to a close by meeting our adversaries in peace at the altar of God. If we kneel in prayer together, remembering one another by name, then we will, finally, make America great again. 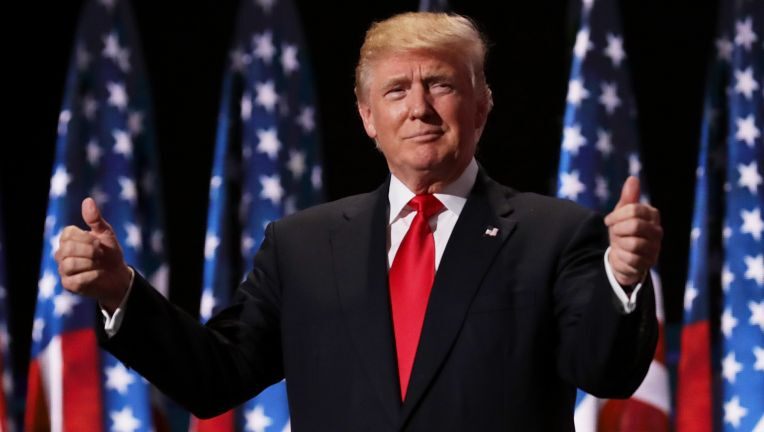 [Comment Guidelines - Click to view]
The Remnant values the comments and input of our visitors. It’s no secret, however, that trolls exist, and trolls can do a lot of damage to a brand. Therefore, our comments are heavily monitored 24/7 by Remnant moderators around the country.  They have been instructed to remove demeaning, hostile, needlessly combative, racist, Christophobic comments, and streams not related to the storyline. Multiple comments from one person under a story are also discouraged. Capitalized sentences or comments will be removed (Internet shouting).
The Remnant comments sections are not designed for frequent personal blogging, on-going debates or theological or other disputes between commenters. Please understand that we pay our writers to defend The Remnant’s editorial positions. We thus acknowledge no moral obligation whatsoever to allow anyone and everyone to try to undermine our editorial policy and create a general nuisance on our website.  Therefore, Remnant moderators reserve the right to edit or remove comments, and comments do not necessarily represent the views of The Remnant.
back to top
Last modified on Monday, June 22, 2020
Tweet