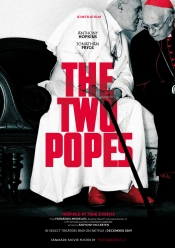 Editor’s Note: January is one of the two months per year in which we publish only one issue of The Remnant.  Father Celatus’s very popular “The Last Word” appears on the back page of every print edition of The Remnant. As there will be no January 15th edition, we are posting Father’s “The Last Word” here instead. If you’re not a subscriber to The Remnant, this is a rare opportunity to read our most popular (and prolific) priestly columnist. To read more by the man hailed as the “most courageous diocesan priest in America,” subscribe to The Remnant right now. 2020 is going to be a doozy, and The Remnant is gearing up for all-out war. Happy New Year.  MJM

Traditional Catholics know better than to expect anything good from the secular world, including movies with religious themes. Years ago, I reviewed the movie Noah, starring Russel Crow and Anthony Hopkins. The movie was total fiction. God destroyed humanity, with the exception of Noah, because of its ecological sins. Noah was left to preserve animals and then allow humanity to go extinct with the death of his family. Noah even attempted to murder his newly born granddaughters to end his own family line.

A more recent movie, The Two Popes, has two things in common with Noah: it stars Anthony Hopkins and it is total fiction. By the way I do like Anthony Hopkins as an actor and I love what he said recently in an interview, namely, actors are not intelligent enough to express public opinions. Bravo Sir Anthony!

As for the movie The Two Popes, though watching it a second time was as painful as a spinal tap I once had, allow me to offer a few reflections on this fictional film, to save others from wasting precious time.

From the start it is apparent that whoever produced this fake film is in the bag for Bergoglio. We move quickly to the papal conclave of 2005 at which Cardinal Ratzinger is represented as a Vatican insider who is ambitious for the papacy and Cardinal Bergoglio as a humble outsider who shudders at the suggestion that he should be pope. Never mind the reality that already at this conclave the treacherous Saint Gallen mafia of cardinals was conspiring to elect their candidate Bergoglio and defeat the election of Ratzinger.

At the conclusion of the conclave, Cardinal Bergoglio confides to a fellow cardinal that “the Church voted to make overdue reforms remain overdue” and he will go home to retire as “a simple parish priest.” Then follows short clips of reactions to the election of Ratzinger as Pope, with statements such as, “It’s bad for the poor;” “People are abandoning Catholicism;” and, “The Nazi should not have been elected.”

Meanwhile we follow Jorge back to South America where he is shown to be a real man of the people, covered with the smell of his sheep. Years pass during which time he has sought continuously a meeting with Pope Benedict in order to offer his retirement, without any response. Finally, Jorge receives a letter from Rome directing him to come for a meeting with the Pope, which he hopes will lead to his retirement. 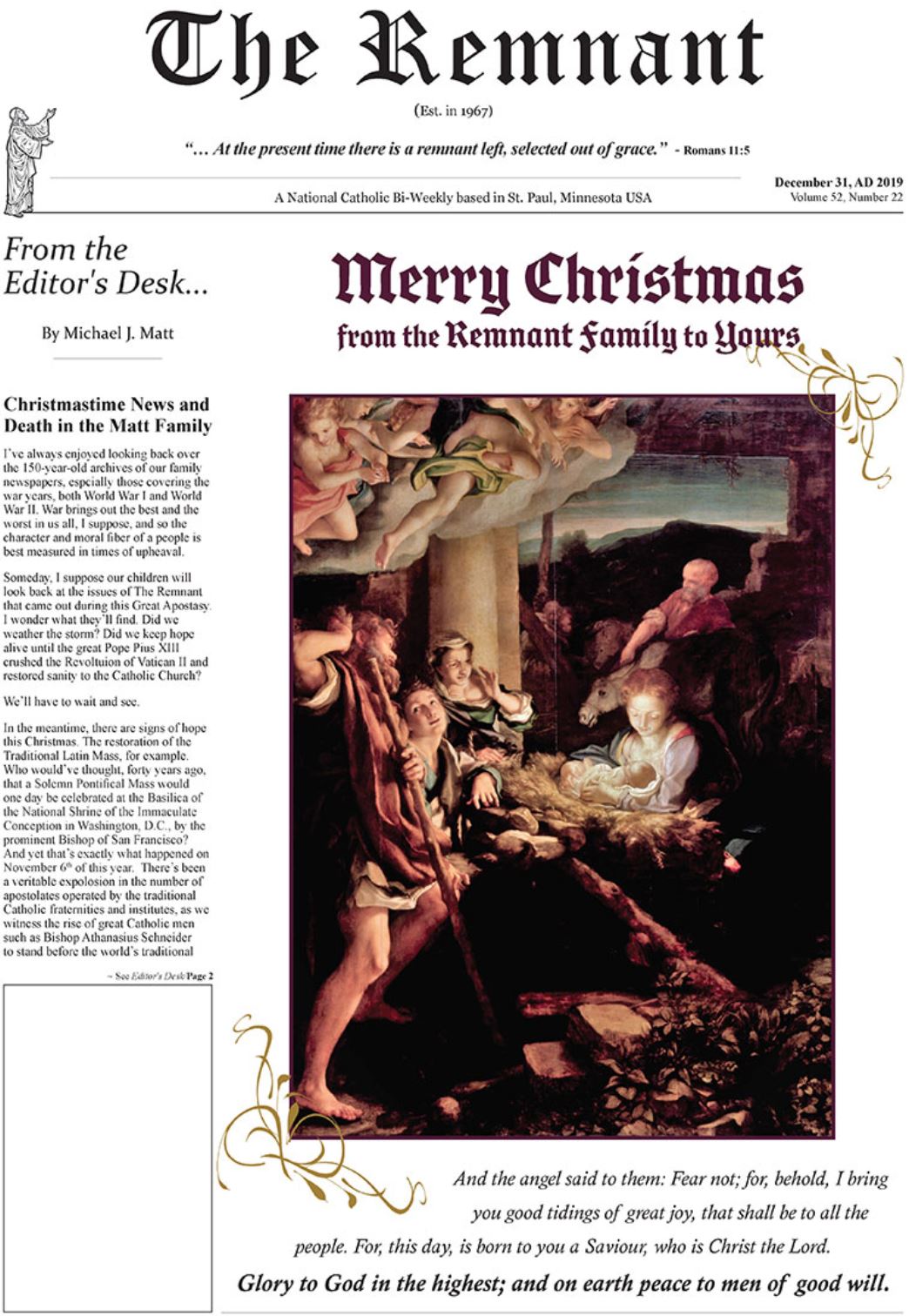 The meeting with the Pope takes place at Castel Gandolfo papal residence, over the course of a day and night. The truth is that no such extended meeting between them occurred, there or elsewhere. The Pope is confrontative with the Cardinal and criticizes him for his unorthodox positions on a number of topics, to include celibacy, homosexuality, Holy Communion for adulterers and his opposition to border walls.

Eventually the talk turns to the matter of retirement. Benedict tells Bergoglio that he faces a dilemma; that Jorge is very popular and if he allows him to resign it will look like a protest. Furthermore, he notes that the Church is being attacked from all sides, and asks why he would abandon Her to enemies. The Pope asks, “Does a shepherd run away when the wolves appear?” One wonders which shepherd he has in mind.

The initial meeting between the Pope and the Cardinal takes place in the Gandolfo gardens and ends with a dispute between the two over whether Bergoglio has compromised truth or just changed his thinking. Bergoglio insists that nothing is static, not even God. To which Benedict retorts, God does not change. This distinction between compromise and change will emerge later in the film, when Benedict changes. 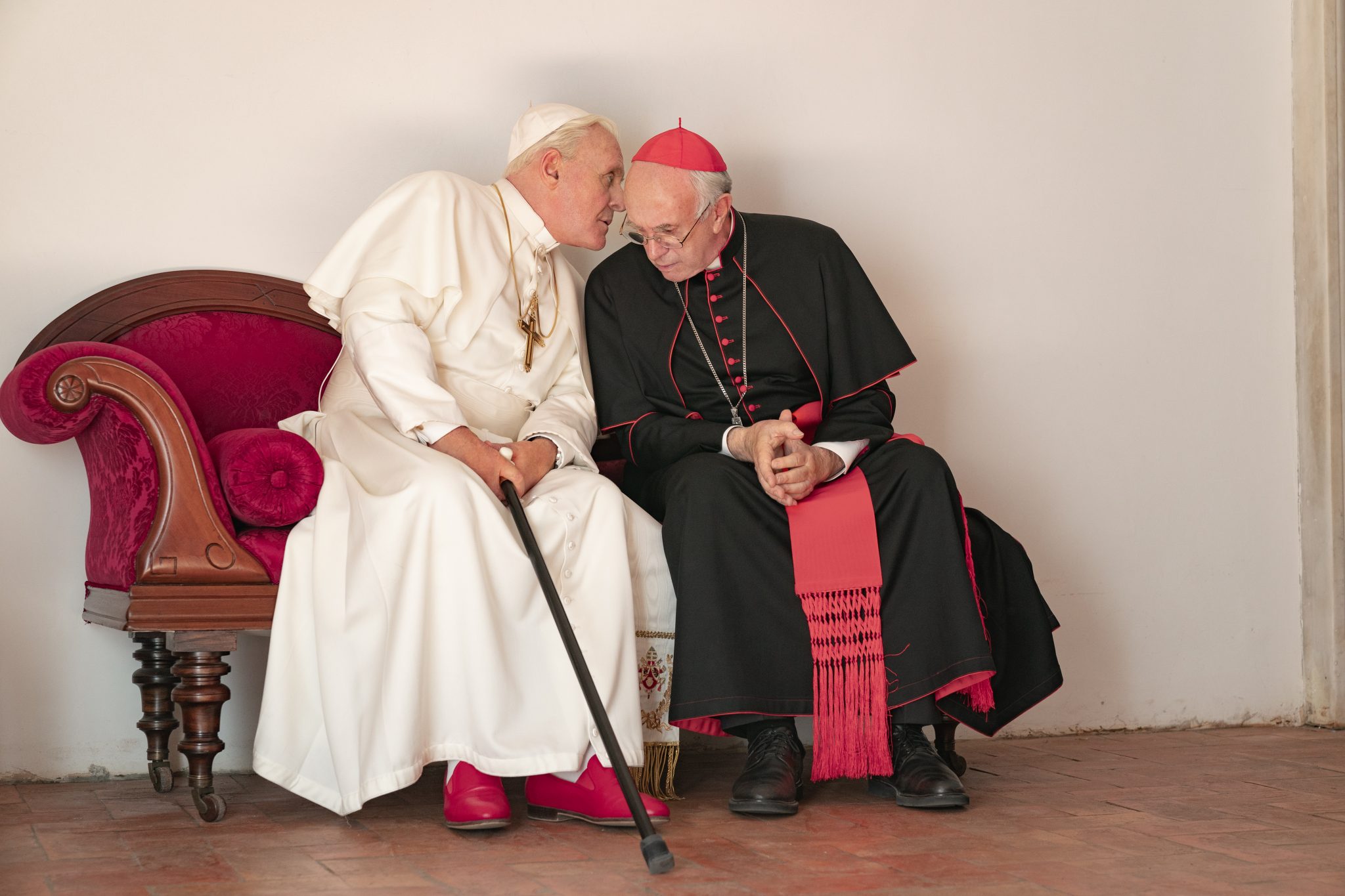 As the movie progresses, we are left with the impression that while Benedict demands orthodoxy, he is increasingly unsure of himself, whereas Bergoglio is perfectly content with his own humble convictions. The Pope chooses to dine alone while the Cardinal picks away at a tasteless Bavarian dinner on his own. After dinner they reminisce about their own pasts which further emphasizes how different the two are. Benedict has no appreciation for sports games, rock music or simple jokes. He is a lonely, isolated man.

The next day the Pope and Cardinal are whisked away by helicopter from the Castel to return to Rome. Once in Rome the issue of retirement is broached again and Benedict informs Bergoglio that he cannot accept his resignation because he himself intends to resign and that Bergoglio is his chosen successor. The tables turn and Bergoglio beseeches Benedict to remain in office, for the good of the Church. But Benedict responds that he has changed, not compromised, and that the Church needs to change as well.

Bergoglio then tells Benedict that he is unworthy to become pope because while he was a younger Jesuit, he made a bad decision that cost lives at the hands of the dictatorship in South America at the time. The Pope reassures the Cardinal that he is only human and that he has more than made up for his mistake. They conclude their conversation over pizza and pop with a prayer to St. Francis to reform the Church,

Having reassured Bergoglio that he is forgiven, Benedict asks Jorge to hear his sacramental confession. The Pope confesses to having failed as a child to taste of life itself, instead hiding away in books and study; he also confesses his own failure to reign in sexual abuse, though the film renders his exact words unintelligible. How pathetic, considering that Benedict sidelined McCarrick and Bergoglio restored him.

And so, Bergoglio absolves the Pope of his terrible failing to reign in predators, for which failure Pope Benedict resigns despite the best efforts of Jorge to talk him into remaining as Pope. A grateful Benedict wipes away a tear, takes the hand of Bergoglio and thanks him for having lifted a heavy burden from his shoulders. He has a miraculous conversion, like Ebenezer Scrooge, and moves freely amongst the people.

After a final hug and brief tango dance between the two in Saint Peter’s Square, Bergoglio returns to Buenos Aires, Pope Benedict announces his abdication shortly after and papal conclave 2013 commences. A humble-faced Bergoglio is elected pope and Benedict watches this happen with obvious contentment. The movie ends with the two popes enjoying a soccer championship game while drinking beer together.

Beyond this brief summary of a painfully long movie there is little to add. The Last Word is that this Catholic-bashing film would be better titled as The Catholic-bashing Pope to reflect the reality of the pontificate of Jorge Bergoglio. 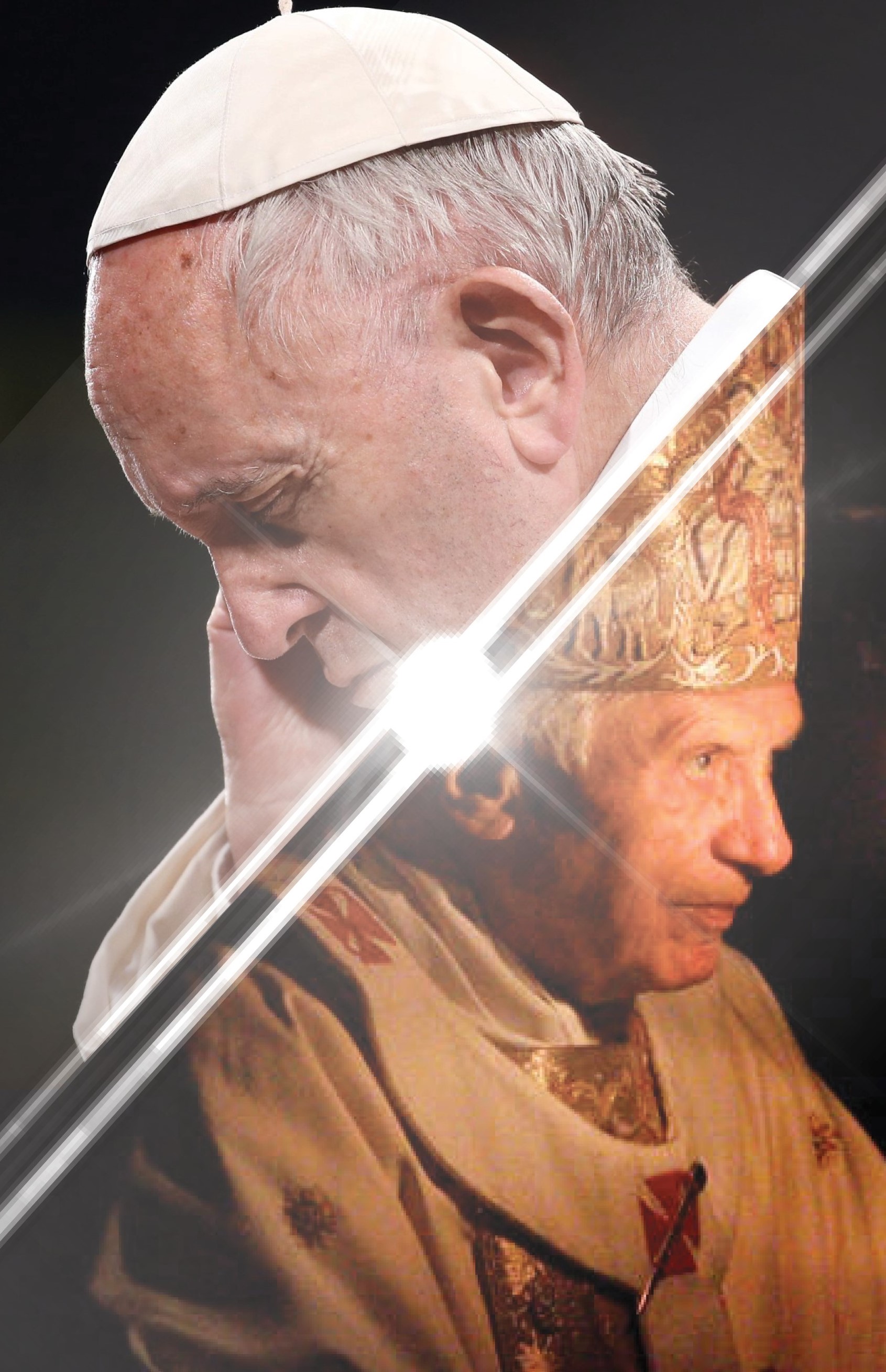 [Comment Guidelines - Click to view]
The Remnant values the comments and input of our visitors. It’s no secret, however, that trolls exist, and trolls can do a lot of damage to a brand. Therefore, our comments are heavily monitored 24/7 by Remnant moderators around the country.  They have been instructed to remove demeaning, hostile, needlessly combative, racist, Christophobic comments, and streams not related to the storyline. Multiple comments from one person under a story are also discouraged. Capitalized sentences or comments will be removed (Internet shouting).
The Remnant comments sections are not designed for frequent personal blogging, on-going debates or theological or other disputes between commenters. Please understand that we pay our writers to defend The Remnant’s editorial positions. We thus acknowledge no moral obligation whatsoever to allow anyone and everyone to try to undermine our editorial policy and create a general nuisance on our website.  Therefore, Remnant moderators reserve the right to edit or remove comments, and comments do not necessarily represent the views of The Remnant.
back to top
Read 17318 times Last modified on Sunday, December 29, 2019
Tweet