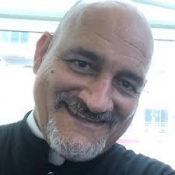 Editor's Note: It was the sermon heard 'round the world. On November 25, 2018, Father Vaughn Treco—a priest of the Personal Ordinariate of the Chair of St. Peter and pastor of St. Bede the Venerable parish here in Minneapolis—delivered a sermon entitled "The Father's Grapes and the Children's Teeth”.

At the time, Father submitted this transcript of his sermon to us here at The Remnant, along with the original audio, which we posted on our YouTube channel HERE where it has garnered well over 60,000 views.

On April 1, 2019, Bishop Steven J. Lopes excommunicated Father Treco and closed his parish permanently.  Why? Because in his sermon, Father admitted to what has become obvious to millions of lay Catholics—that the Second Vatican Council (and its ubiquitous spirit) has proven an unmitigated disaster that has severely weakened the Church and led to unprecedented crisis of belief throughout the world.

Evidently lost on Bishop Lopes is the almost laughable irony of this ruling against Father Treco. In his effort to defend the Kingship of Christ and the supremacy of the Church He founded, outside of which, by the way, and according to her own defined dogma, there is no salvation, this convert to the Catholic Church – Father Treco – has been excommunicated by a bishop of the Personal Ordinariate who presumably believes Anglicans seeking full communion are obliged to accept all of her dogmas—including extra ecclesiam nulla salus.

You can’t make this stuff up!

By the way, Father's bishop as well as other commentators have attempted to attach at least some of the responsibly for the shunning of Father Treco on us here at the "SSPX-friendly" Remnant, a “website known for holding extreme views". (What the SSPX has to do with this is beyond me, especially since we have a longstanding public alliance with the FSSP (through Remnant Tours and the Catholic Identity Conference) and attend Mass every Sunday and most weekdays either at the FSSP Church of All Saints in Minneapolis or the diocesan Church of St. Augustine in South St. Paul). But, no matter. You get the point. It's The Remnant's "extremism" and stubborn blindness to the SSPX "schism" that has helped land poor Father Treco in the penalty box for the rest of his life.

Not so, says Father Treco, who has gone to bat for us ever since his excommunication, making it very clear that, as he puts it, "The Remnant is not known for extreme views unless you consider Catholic orthodoxy extreme." Father has also accurately reported that I had offered to post his sermon anonymously so as to shield him from the very repercussions he’s now suffering, but that he preferred to publicly stand by his words. So, let’s be done with shooting the messenger AND the horse he rode in on.

Now that Father Treco has been excommunicated—incredibly! for being too Catholic—and is going through the arduous process of appealing this gross injustice, he’s nevertheless standing his ground in favor of Catholic Tradition through the following call to arms against the Modernist revolution in the Church. This comes with considerable personal and financial risk, of course, as he’s already out of a job because of his commitment to telling the truth, the whole truth and nothing but the truth. And now, well, here he goes again.

Readers wishing to help this courageous priest keep his head above water in the face of injustice and persecution can learn more about his situation and donate HERE. God bless Father Treco for his fiercely loyal priestly defense of the Bride of Christ. MJM

LET US PUT OUT THE FIRE!
by Fr. Treco

The latter camp may be further subdivided into two groups:

The former group are compelled, of necessity, to square the distinctive teachings of the Second Vatican Council with that of the previous infallible teachings of Tradition. The latter must follow a different path. These Catholics, accepting as they do the legitimacy of the Council, are tasked with the terrible duty of separating the wheat of Tradition and the chaff of merely human speculation commingled within the conciliar texts.

Honesty compels all men of integrity to recognize that a chasm separates these two groups. While these two groups of Catholics share many things in common, their respective fundamental premises are at variance. Since each group proceeds from significantly different premises, over time their understanding of what constitutes the Faith will become increasingly at variance.

Eventually, the differences between these two groups of Catholics, both of which accept the divine character of the Catholic religion, will become so great as to compel their members to question whether the members of the other group are Catholic at all.

As repugnant as this appears, this is the current state of things within the Catholic Church. This is the inevitable consequence of variances at the level of first principles.

One of the consequences that follows from this fundamental disagreement among Catholics who believe that the Catholic religion was established by the Triune God, but who differ in their understanding of the character of the documents of the Second Vatican Council, is that they will engage in warfare. Many within and without the human element of the Catholic Church may consider this battle to be unnecessary, but nothing can be further from the truth.

In the battle for the eternal salvation of the souls of men, this is where Divine Providence has drawn the line. Every Catholic must decide on which side of the line drawn by the finger of God in the sand of our day he will stand.

Though the great majority of Catholics find themselves on the side opposite, I am compelled in charity with all that I am and have to stand against them. Here I do not speak of an antipathy of sentiment, but of intellect and will. For my part, no ill will is involved, neither is any required. In fact, divine charity compels otherwise.

"For our wrestling is not against flesh and blood; but against principalities and powers, against the rulers of the world of this darkness, against the spirits of wickedness in the high places." [Ephesians 6:12]

Since divine charity commands enemy-love, the sons of God must do battle precisely for the souls who oppose God, especially those who resist Him in ignorance. With Saint Michael we do battle for God's glory and for our human enemy combatants.

"The Lord delayeth not his promise, as some imagine, but dealeth patiently for your sake, not willing that any should perish, but that all should return to penance." [2 Timothy 3:9]

And so, Christ's warrior brethren must ever fix their eyes upon this object of Divine Providence. Yes, we must wield the sword of Truth against men! Yes, we do battle against certain men! But, even more, we wage war for all men!

Some men will die in this battle, and perish eternally. But some of those among the enemy will suffer wounds that are not mortal. To these we must give aid after their capture. We must attend to them with utmost vigor, praying always that they may heal in the Lord's Infirmary, receive the medicine of penance and conversion, and take up arms with us.

Not all will accept this medicine. Some who have received divine charity from our hands, will return to their former way of life and employ their newfound strength against us! So be it!

Nevertheless, let us conduct war. Let us muster our courage and fight. Let us not inflict unnecessary harm upon our enemies. Let us offer medicine to the wounded. And let us leave their final end to the Good God.

My dear Christian brothers, the fire is in the engine room, trouble not yourselves with the smoke in cabins, the kitchen, the dining hall, the common areas. The Barque of Peter will arrive at its heavenly port, but many of those who attend to the smoke, while ignoring the fire, will die of asphyxiation, and may lose their souls in the effort. Today, I call to you:

"The fire is in the engine room! Bring your extinguishers. Let us put down all who would prevent our entry into the bowels of the ark. And, let us exhaust ourselves until the fire is put out!"

[Comment Guidelines - Click to view]
The Remnant values the comments and input of our visitors. It’s no secret, however, that trolls exist, and trolls can do a lot of damage to a brand. Therefore, our comments are heavily monitored 24/7 by Remnant moderators around the country.  They have been instructed to remove demeaning, hostile, needlessly combative, racist, Christophobic comments, and streams not related to the storyline. Multiple comments from one person under a story are also discouraged. Capitalized sentences or comments will be removed (Internet shouting).
The Remnant comments sections are not designed for frequent personal blogging, on-going debates or theological or other disputes between commenters. Please understand that we pay our writers to defend The Remnant’s editorial positions. We thus acknowledge no moral obligation whatsoever to allow anyone and everyone to try to undermine our editorial policy and create a general nuisance on our website.  Therefore, Remnant moderators reserve the right to edit or remove comments, and comments do not necessarily represent the views of The Remnant.
back to top
Last modified on Thursday, August 1, 2019
Tweet
More in this category: « Traditional Catholics: Pharisees?  The Quantum Delusion: How Good Science Became Bad Philosophy »