Confessions of a Catholic Cop 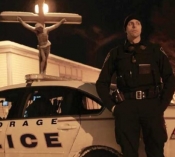 Pace the Swiss Guard, I’m quite fond of the uniform I don every day when I report for duty at my respective law enforcement agency. My sky blue shirt evokes our protectress. The shoulder patches each bear an image of the front and reverse sides of the Immaculate medal. As I button it up over my vest, I tuck in the brown scapular my classmates and I were invested in at our graduation ceremony - the local musicians’ joyous Te Deum still ringing in our ears. I enter a room full of similarly-attired men and ladies - my colleagues on the department’s new Freemasonry Suppression Task Force. The local ordinary had asked our chief to form the team when some volunteer firemen were d iscovered to have joined the nefarious organization.

In our office an Inspector, his rank denoted by the gold fleur-de-lis pinned to each shoulder, stands at the podium and updates us on the various situations our department faces of late. A handful of feminist Enemies of the Faith had been arrested while propagating pro-abortion views outside of our crisis pregnancy center. While we can’t police our citizens’ inner thoughts, the Inspector explains, allowing them to advocate for the murder of their unborn brethren can’t be permitted.

The department also recently had to ticket some elderly adherents of the Bugninian Heresy and a laicized former Jesuit who had been caught celebrating their outlawed rite in a gymnasium. The Bureau of Suppressed Liturgies had done a fine job of stamping it out, but its heavily pensioned Boomer devotees were proving resilient in paying the fines. This rite, our supervisor reminds us, had helped destroy the faith of nearly all of our ancestors, and we were to remain vigilant at any sign of its resurgence.

After lineup, I grab a set of keys to my department vehicle, and prepare to go on the road. Thus begins a fairly typical day of keeping the peace in my town. 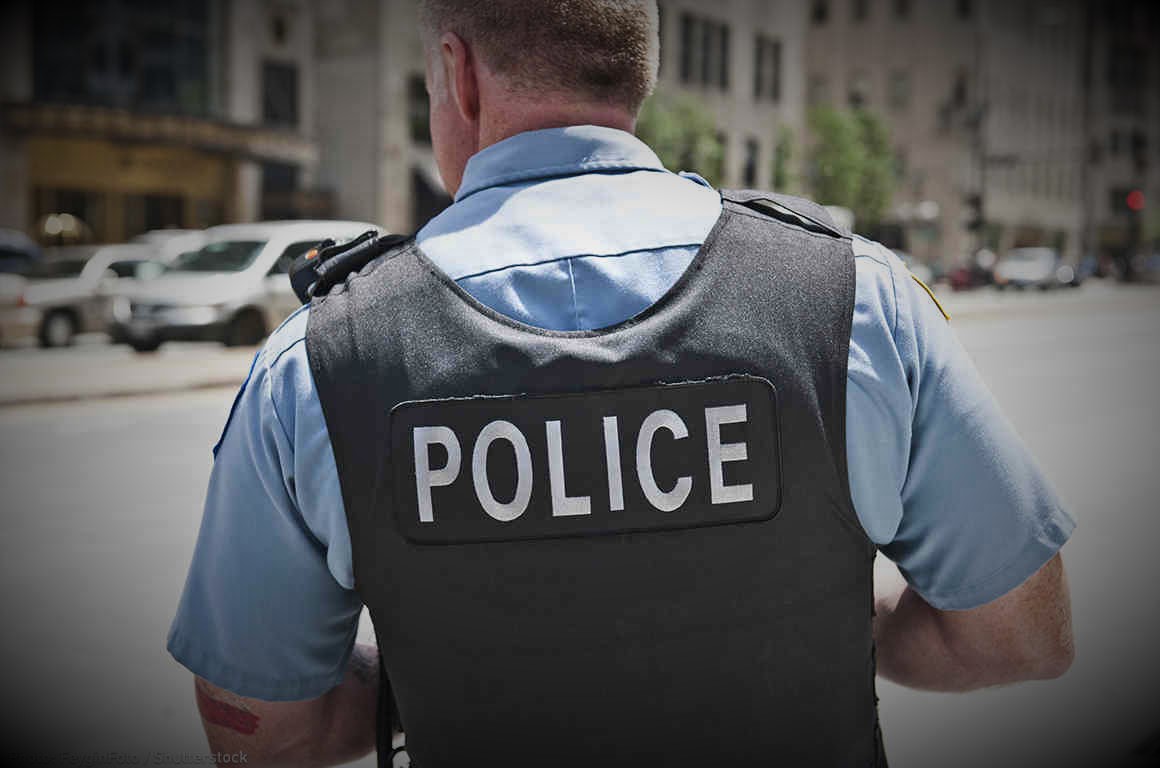 All of the preceding, of course, describes the uniform I wear while serving with the police department that patrols the sacramental kingdom of my dreams. I am actually a cop in a fairly typical northeastern suburb. But, while my service weapon was made in Austria, my heart is in Austria-Hungary. And I am forced to abide the tension created by serving in a Postmodern society, when I really desire to patrol a Catholic confessional one. In fact, I often feel like I work for two different police departments - the one I work for in reality, and the one of my imagination, which I’ll refer to as “Tradlandia.”

I catch a glimpse of what Tradlandia might resemble at the coffee hour my family and I attend after the TLM every Sunday morning. We share something with the other families in that old church hall; a clear faith based on the eternal truths of the church founded by Christ. But when I get back on I95 north after the recitation of the Angelus, it’s back into the Postmodern void. And it is this void that I must patrol. In my town, or any town anywhere, I cannot presume that my fellow citizens and I will agree on the most fundamental questions of basic morality, of right and wrong, of what makes us human. I am called to “keep the peace” in this place, but any peace I keep is a barren one, a mockery of a true peace rooted in Charity. This peace seeks the good of the other out of love of God. And a society rooted in this precept understands that the end purpose of its government is not just a material one - creating order in temporal affairs, but a supernatural one - ordering its citizens towards their final destination.

As Andrew Willard Jones writes of the kingdom of King St. Louis IX in Before Church and State:

I observe the fallout of a system of law divorced from any moral purpose all over my municipality. A local real estate agent sometimes leaves his business advertisement - a glossy family photo - in my mailbox. He and his family sit on a stone wall, smiling in their spring clothes, a dogwood tree behind them in full bloom. I recognize one of his teenaged sons in the picture, because I narcanned him a year or so ago. When I deployed the syringe in his nostril, he sprang back to life, the vomit still dribbling down his chin. But it is a fruitless resurrection, solely of the flesh. Since my state treats overdoses as medical issues alone, we can’t even take action over the drug paraphernalia we seize at the scene. When he ODs at the wheel of his car and plows into a street sign a few months later, it’s a slightly different story, but the legal ramifications are unavailing. He will receive counseling that will address the “root causes” of his “illness.” There will be no judgment, no acknowledgement that he is a moral agent with free will.

In the legal system of Tradlandia, however, there is mercy but also justice. The legal and spiritual operate within the same framework. In Tradlandia, the Dominican judge will hear the young man’s confession. He would be made to understand that the “root cause” of his condition is sin, which he should resolve to commit no more before his eventual release.

Back in reality, one of the institutions I am called to “keep the peace” in is our public school system, the chief purpose of which is assuring that none of the citizens it produces will ever enjoy any real peace. At our schools, the students are defended by a massive security apparatus. Entrance is gained by swipe cards or granted by security. Our School Resource Officer’s M-4 rifle sits ready in his safe, and my coworkers and I make frequent passes through the schools’ lots in our patrol vehicles.  A Boy Scout who informed the school of the pocketknife he inadvertently left in his backpack was once subjected to an expulsion hearing, all in the name of “safety.”

There is no acknowledgement, however, that the students contained in these schools possess immortal souls. The content of the sex education they receive, in more civilized times, would have been relegated to some seedy back alley shop. It is a modern, antiseptic education, aimed at ensuring that whatever impulses they entertain will be done so “safely.” Flyers tacked to the hallways’ bulletin boards announce the presence of groups dedicated to the promotion of every sexual and/or gender identity they might possibly conjure. 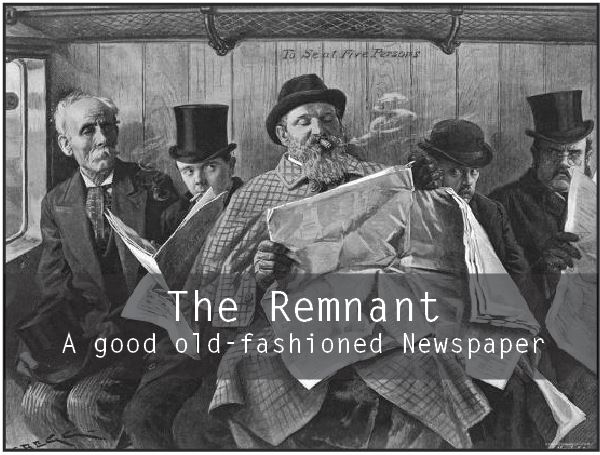 The administrators of St. Dominic Savio Classical Academy (Tradlandia’s high school), on the other hand, take seriously Our Lord’s words on those who would scandalize the young. They provide their students with physical protection for their bodies, but, more importantly, for their souls. Tradlandia’s School Resource Officers see to it that the students assemble safely in the courtyard for the recitation of the Regina Caeli during Eastertide - there’s still some occasional harassment from the recalcitrant Bugninians. Its teachers direct them towards student groups whose purpose is to foster their love of Truth, Goodness and Beauty. Its drama club performs the works of Shakespeare. Its religion and history teachers tell the students of the sacrifices of the martyrs, and the acts of heroism in the Vendee.

Patrolling the halls of our local high school, I am temporarily transported to Tradlandia when I pass a flyer announcing the next meeting of the Transgender Students’ Alliance. I remember where I am, and my fingers slowly slink away from the thumb tack.

Working security at our local movie theater not long ago, the young Hispanic manager approaches me. There are several features playing tonight, including the most recent installments of the SAW and Fifty Shades of Grey franchises. He thanks me for being there. The young fans of the former film, he explains, can be a rowdy bunch, and my presence there will help maintain order. I watch the throngs of people enter their respective theaters, noisy teens proceeding into one, and mainly middle aged women the other. My Glock is on my hip, and my M-4 is in the trunk of my vehicle. My presence there will, most likely, ensure the moviegoers’ physical safety. The theater really cleans up on nights of releases like this, the manager assures me. They need to hire extra cashiers.

I think of the Dominican judge the lad would face at his trial, merciful, but just. The padlocked doors of the theater would be wrapped in police tape bearing the Immaculate medal of my department’s seal, a notice referring to the town’s decency laws taped to the glass.

The features end and the throngs spill out of the theater. The manager thanks me again. “Peace, man,” he says with a fist bump as we part ways for the evening.

I walk back to my cruiser, silently praying for the peace only One can give.

[Comment Guidelines - Click to view]
The Remnant values the comments and input of our visitors. It’s no secret, however, that trolls exist, and trolls can do a lot of damage to a brand. Therefore, our comments are heavily monitored 24/7 by Remnant moderators around the country.  They have been instructed to remove demeaning, hostile, needlessly combative, racist, Christophobic comments, and streams not related to the storyline. Multiple comments from one person under a story are also discouraged. Capitalized sentences or comments will be removed (Internet shouting).
The Remnant comments sections are not designed for frequent personal blogging, on-going debates or theological or other disputes between commenters. Please understand that we pay our writers to defend The Remnant’s editorial positions. We thus acknowledge no moral obligation whatsoever to allow anyone and everyone to try to undermine our editorial policy and create a general nuisance on our website.  Therefore, Remnant moderators reserve the right to edit or remove comments, and comments do not necessarily represent the views of The Remnant.
back to top
Last modified on Wednesday, June 12, 2019
Tweet
More in this category: « SHEEP REJECTED BY SHEPHERDS: The Price of Fidelity OUT and PROUD: Italian Catho-Communism and the Correction of False Categories »