How to End the Bergoglian Reign of Error 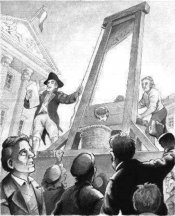 With each sunrise the Modernist carnage gets ghastlier. There is no need to rehearse the latest round of outrages. Thousands upon thousands of people, many of them children, have been raped, silenced, terrorized, and scarred for life—some of them even to the point of suicide—by priests, bishops, and cardinals entrusted with the care of their souls. The details are too gut-wrenching to read through. Suffice it to say that the demons are licking their chops over the reprobates in Roman collars heading their way.

Yet again, we have heard the usual mealy-mouthed prepared statements from the clergy. We have seen the pained expressions on their faces, surely practiced in front of a mirror before the main performance with reporters and cameras in the hall. We have been deafened by the silence of the Vatican in addressing the causes and not just papering over the symptoms.

Francis still refuses to respond to Viganó’s detailed accusations. Instead, the Holy Father issued yet another environmental fatwa about too many plastic bottles in the ocean. The vicious cycle continues: heresy begets sin begets scandal begets more heresy. With Francis in St. Peter’s chair, the Vatican has become a nauseating Tilt-A-Whirl of diabolical disorientation, each revelation of cynical politicking and criminal cover-up leading to more and worse heretical freestyling in an attempt to distract from the mess that heresy created before.

The time for all of that is long past. No more sniffy talkings-to by George Weigel. No more cultural Marxism from James Martin. No more vaudeville “apologies” by the USCCB. We are not listening to you anymore, you crowd of sycophantic enablers in the Vatican and the neo-Catholic pundit class, and especially you, Jorge Mario Bergoglio. The time for action has arrived. It is time, now, to end the Bergoglian Reign of Error, once and for all. Here is how it is done, in two easy steps.

Step One: Cut out or print off this article, fold it up, and put it in the collection plate at Mass, because these are the terms: NO DONATIONS UNLESS A PRIEST PUBLICLY TAKES THE OATH AGAINST MODERNISM AND BEGINS IN EARNEST TO LEARN HOW TO SAY THE TRIDENTINE MASS.

The clergy have called for prayer and fasting—we can arrange for the latter, at the very least. No donations, not a dime, to any priest who continues to defend the Novus Ordo, and who does not publicly denounce Modernism, all of its works, and all of its empty show.

When a priest does these two things—takes the Oath, and says the real Mass—then, and only then, is it licit to donate money to him. But ONLY TO HIM. Not to the parish, and certainly not to the diocese. In fact, to prevent his funneling monies to those entities, entities which are materially complicit in grave evil, it would be even better to pay his expenses on his behalf—rent, car note, grocery and electricity bill—or to donate to him in kind, such as with bread or milk or gift certificates for local service stations.

Any man that will not take the Oath and say the Tridentine Mass will either starve or leave the priesthood.

But let there be one exception: Let the donations in the Diocese of Madison be doubled. In fact, let every Catholic in North America send their usual parish donation directly to Bishop Robert Morlino, who is the only Ordinary to my knowledge who has consistently had the courage to prefer the holiness and well-being of his flock to the adulation of the National Catholic Reporter and the New York Times. Bishop Morlino’s address is: 702 South High Point Road, Suite 225, Madison, Wisconsin 53719. [See: Bishop Morlino Targets ‘Homosexual Subculture’ in the Church, Calls for Reparation to Sacred Heart of Jesus]

Regardless of whether your local parish priest takes the Oath Against Modernism and begins saying the Tridentine Mass exclusively, GIVE NOTHING TO YOUR PARISH OR DIOCESE OR ANY CATHOLIC ENTITY UNTIL FRANCIS RESIGNS.

Jorge Mario Bergoglio is a scourge upon the faithful and a pestilence to the Church. He and his band of Modernists have hijacked Rome and brought untold suffering to Catholics, and indeed all people of goodwill, throughout the world. The end of his regime begins now. We are turning the tables on the Heretic Pope. You, Francis, are being held hostage until you put the good of the Church above your own and do what you should have done five years ago: resign.

There must be no jesuitical tricks, no mental reservation in the taking of the Oath or the promise to learn the Latin Mass, and no temporary retreats or sabbaticals by Francis in lieu of his full resignation. Jorge Mario Bergoglio must relinquish the papacy and everything associated with it, and must retire and cloister himself away from the world, preferably to live out a life of penance for the ruin he has wrought. Failing that, the river of money will turn into a desert wilderness overnight, and that condition will continue until the heresiarch has relented.

These are the terms. The old dispensation has passed away, O Liberal Churchmen. You will heed, or you will remain at the unpleasant end of a war of attrition.

[Comment Guidelines - Click to view]
The Remnant values the comments and input of our visitors. It’s no secret, however, that trolls exist, and trolls can do a lot of damage to a brand. Therefore, our comments are heavily monitored 24/7 by Remnant moderators around the country.  They have been instructed to remove demeaning, hostile, needlessly combative, racist, Christophobic comments, and streams not related to the storyline. Multiple comments from one person under a story are also discouraged. Capitalized sentences or comments will be removed (Internet shouting).
The Remnant comments sections are not designed for frequent personal blogging, on-going debates or theological or other disputes between commenters. Please understand that we pay our writers to defend The Remnant’s editorial positions. We thus acknowledge no moral obligation whatsoever to allow anyone and everyone to try to undermine our editorial policy and create a general nuisance on our website.  Therefore, Remnant moderators reserve the right to edit or remove comments, and comments do not necessarily represent the views of The Remnant.
back to top
Read 11623 times Last modified on Sunday, September 9, 2018
Tweet

More in this category: « A Trump Moment for Sweden? BATTLE LINES FORMING: Bishops, Priests (FSSP and Diocesan) Speaking Out »