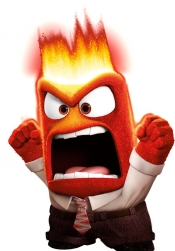 When does a Catholic apologist cease being a Christian, let alone a Catholic?

Mark Shea, an author and lecturer for a quarter of a century, began his career as a respected Catholic apologist before sabotaging himself by obsessing over conservative politics. Gratuitous personal attacks, rhetorical strawmen and deliberate distortion of opposing arguments increasingly became Shea's stock in trade.

But when Nikolas Cruz murdered 14 students and three adults at Marjory Stoneman Douglas High School in Parkland, Fla. on Feb.14, Shea unleashed a bloodthirsty fury that established new lows even for him. In the national anger following the massacre, Shea's rhetoric has become so vicious that one should ask whether he is helping to incite violence rather than quell it.

Good people can disagree about the root causes for the spate of gun violence at schools, the appropriate legislative response and the influence of the National Rifle Association. Good people do not, however, engage in the kind of rhetoric Shea used on his Facebook page Feb. 22 in response to Wayne LaPierre, the NRA's chief executive officer who accused the Democratic Party of exploiting public anger to promote weapons confiscation as part of a larger socialist agenda:

Nor would good people reinforce such an implied threat to the NRA, as Shea did one day later in response to an article published by The Daily Kos, "The NRA Just Became The Enemy of a Generation of Younger Americans," a commentary on a town hall meeting televised and sponsored by CNN:

"And they are coming for you, you butchers."

Shea saved perhaps his most vile attack for Judge Michael Screnock, running for a seat on the Wisconsin Supreme Court in a non-partisan race. Though Screnock received an endorsement from the Pro-Life Wisconsin Victory Fund political action committee, Shea ignored that to focus on the NRA's support. Screnock sent an e-mail to the NRA's political action committee that resulted in the endorsement; his campaign released the e-mail to the public slightly more than two hours after refusing to do so.

"You've already revealed enough you blood-stained NRA parasite. Wisconsin: crush him into dust at the polls. He drinks the blood of children for NRA money." (emphasis added)

Shea's hatred for the NRA is so pervasive that he blames that organization for the Parkland murders. As he wrote on his Facebook page Feb. 19:

"The herd of conservative gun cultists have (sic) a new lying meme they are all repeating: 'The NRA has to be the only organization in the world that consistently gets blamed for crimes its members did not commit.’

"Here's reality: The NRA are (sic) accomplices to murder because they buy politicians whose job is to maintain the only legal regime in the world that absolutely assures that 35,000 people will be butchered by guns every single year, not to mention the 24 children who will be shot every day. They are absolutely to blame for this and everybody who repeats the lie you just read in the previous paragraph is an accomplice as well."

Shea's hatred extends beyond the NRA. On Feb. 20, Shea shared a post from "Pe Resists," who wrote on the "Hostile Politics" Facebook page that "Obama met privately with every Sandy Hook victim's family. Afterward, during a presser, he cried recollecting his experience. Conservatives to this day mock Obama for crying OVER THE DEATHS OF CHILDREN. Trump smirked after meeting with Parkland victims..."

"Burn this party of nihilist predators to the ground and sow salt on its unhallowed ashes." (emphasis added)

That party is the Republican Party – in Shea's parlance, the "Party of Trump." Shea even used his Patheos blog, "Catholic And Enjoying It," on Feb. 15 to blame President Donald Trump for the murders while showing a picture of Cruz.

In a post entitled, "The Accomplice-In-Chief," Shea argued that Cruz's picture:

"He and his party are the accomplices to the massacre in Parkland and to every gun massacre and all the little unnoticed butcheries that will -- absolutely certainly will -- have happened 35,000 times by 12/31/18. One of them may be the woman you love, the little girl you cherish, the son you prayed for, the husband you will spend the rest of your life wishing you had died in his place, the friend you have known since you were a boy, your priest, your favorite teacher, your father and mother, your uncle who used to set the party on a roar with his corny jokes."

After manipulating his readers' emotions, Shea calls the NRA and those legislators whom it supports, "enemies of the common good and accomplices to murder." He then urges voters to "break the back of the party of nihilist predators known as the GOP by voting out every single one that is up for election" before concluding with a succinct demand:

"The GOP is the clear and present danger. Destroy it." (emphasis added)

"They should put him in Arlington with a color guard funeral and a 21-gun salute. He defended his country against Nazis in MAGA hats, while Commander-In Chief Bone Spurs egged those Nazis on." (emphasis added)

"I have no interest in drinking the tears of my enemies, nor in vengeance. I'm much more cold-blooded and efficient than that. It is right-wing culture warriors who sadistically savor cruelty and spite, laughing at deportations of veterans and tweeting mockery of kids weeping over the slaughter of their friends.

"I want to pound the Right into dirt for one reason only: to destroy their grip on power and their ability to do harm to the least of these. It's an efficiency and Just War thing with me, not a spite thing. They must be destroyed, so let's get to it and get the job done. Once they are destroyed, I'm quite willing to sit down and talk with them about how their evil brought them to this pass, how they can repent and how they can find forgiveness in Jesus Christ. Indeed, any time they are willing to repent, I'm happy to talk. But this cult of evil is too full of pride to consider their need to repent. So, just like any Just War advocate, I say, 'Crush them into the dirt in defeat and then be magnanimous in victory.' " (emphases added)

The delusion is beyond palpable. So is the psychological projection, as anybody who has ever had the temerity to disagree publicly with Shea knows.

Because of Shea's online behavior, EWTN's National Catholic Register fired him as a columnist in August 2016. Yet Shea's fierce vitriol not only remains unabated but unchallenged by his fellow bloggers and apologists.

Upon Shea's dismissal, Father Dwight Longenecker, another Patheos blogger, wrote that he has "always taken (Shea's) huffing and puffing with a shrug and a smile" before comparing him to "a bellicose Hilaire Belloc, who was a controversialist, a prophet, a stirrer of hornet's nests, but also a man who spoke much truth in the midst of battle."

Others -- such as Mary Pezzulo, who writes Patheos' "Steel Magnificat" blog -- make excuses:

"Most folks over the age of six understand that you can use phrases like 'they’re coming for you' as a metaphor, in a context where it’s understood to mean the unseating of politicians in an election or the destruction of institutions, without meaning them as literal threats of violence. It’s not like waving a red flag in front of a bull. Literate people exercise reason and understand metaphor. Very few people just read violent words like 'kill,' 'smash,' 'coming for you' or 'delenda est' used in a political metaphor and decide to go on a killing spree.

"Besides all of this, Mark has specifically and on no uncertain terms denounced acts of violence. These are all public posts you can check out for yourselves. ... He's applauded denunciations of violence against political figures he despises on his blog. He's done the same on Facebook. He has praised nonviolence in general."

In anticipation of this article – knowledge he received from a supporter who violated the privacy and confidentiality of a closed Facebook group – Shea posted on his blog March 2 a series of examples in which he expressed opposition to all violence in any and all contexts.

Such denunciations, however, ring hollow when the person making those denunciations embraces the kind of inflammatory rhetoric already cited – rhetoric that has become all-too commonplace in a nation's volatile political atmosphere.

What is the distance between violent rhetoric and violent action? Not as far as you might think.

For nearly 10 years, Cato the Elder ended all his speeches in the Roman Senate by demanding that Carthage be destroyed. In 146 B.C. – three years after Cato's death – Rome obliterated Carthage to end the Third Punic War.

In the late 19th Century, German intellectuals decried Jews as the parasites of European culture. Fifty years later, the Nazis used a propaganda film to intensify that rhetoric by equating Jews to rats running through a gutter into a sewer.

The world knows the consequences of that rhetoric.

So when does a Catholic apologist cease to be Christian, let alone Catholic? When he transforms calumny into a personal sacrament. When he ignores the demands of Lent to indulge his angry cynicism. When he views murder victims and their survivors as nothing but fodder for his own agenda.

Shea's repugnant rhetoric goes beyond politics and personalities. It reflects his desire to destroy his perceived opponents at any and all costs – even to himself. It exemplifies, perhaps, satanic manipulation at its finest.

[Comment Guidelines - Click to view]
The Remnant values the comments and input of our visitors. It’s no secret, however, that trolls exist, and trolls can do a lot of damage to a brand. Therefore, our comments are heavily monitored 24/7 by Remnant moderators around the country.  They have been instructed to remove demeaning, hostile, needlessly combative, racist, Christophobic comments, and streams not related to the storyline. Multiple comments from one person under a story are also discouraged. Capitalized sentences or comments will be removed (Internet shouting).
The Remnant comments sections are not designed for frequent personal blogging, on-going debates or theological or other disputes between commenters. Please understand that we pay our writers to defend The Remnant’s editorial positions. We thus acknowledge no moral obligation whatsoever to allow anyone and everyone to try to undermine our editorial policy and create a general nuisance on our website.  Therefore, Remnant moderators reserve the right to edit or remove comments, and comments do not necessarily represent the views of The Remnant.
back to top
Last modified on Monday, March 5, 2018
Tweet

More in this category: « Ye Shall Know the Truth Michael Matt to Speak at Fatima Center Conference, Dallas, TX »