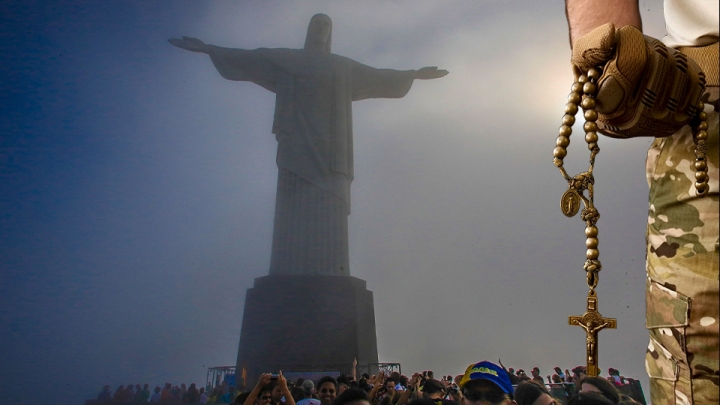 “Those who cannot remember the past are condemned to repeat it.” ~George Santayana

This isn’t the first time when Brazil faced the scourge of a tyrannical Communist takeover. In 1966, Brazilians faced a similar Marxist government that posed a radical political and social transformation of South America’s largest country. With nowhere to turn, the largely Catholic country turned to the Blessed Mother for protection and intervention.

In his book,  Fatima: The Great Sign, author, Francis Johnston describes the miraculous event which restored Brazil to a democratic country and sent its communist leader fleeing.  Johnston chronicles the catastrophic political climate in 1966, which eerily echoes Brazil 2023:

“Eleven years later (in 1966), the communists were so sure of seizing power in Brazil that the party secretary announced to the Moscow International Press the precise day (a few weeks hence) when the hammer and sickle would fly over that vast strategic country. “

“All key positions were in the hands of notorious communists or pro-communists," recalled Fr. Valerio Alberton, S.J., Vice-Director of the National Federation of Marian Congregations of Brazil. "The penetration went deep into even Catholic faculties. Communist cells were discovered even in our colleges. Neither did Catholic Associations escape. It was terrible."

Since the Lula election victory, millions of Brazilians have taken to the streets in every major city protesting the fraudulent election of Lulu. Lately, the populist demonstrations have ramped up, causing damage to the Parliament, Supreme Court, and Presidential Palace.

“At the eleventh hour a nation-wide rosary crusade was launched; millions implored the Immaculate Heart of Mary to save them. An immense gathering of 600,000 women marched through the centre of São Paulo praying the rosary for three hours. "Mother of God," they cried, "preserve us from the fate and suffering of the martyred women of Cuba, Poland, Hungary and other enslaved nations." Similar scenes were witnessed in other cities.”

“The communist President Goulart, seeing the vast groundswell against him, fled the country.”

“And the red shadow over Brazil lifted.”

Now, at this critical juncture in Brazil, it is essential for Brazilians “remember the past” for answers to stop this impending communist coup.

In the last 57 years, since communist President Goulart fled Brazil, Catholicism has waned in Brazil. Yet, 123 million people, 64.6% of the Brazilian population, are self-declared Catholics.  The most revered prayer of Catholics is the Holy Rosary—the Marian devotion which defeated the armies at Lepanto, crushed the communists in 1975 in Portugal, in Chile, and countless other miraculous interventions in the history of the world.

Since the Lula election victory, millions of Brazilians have taken to the streets in every major city protesting the fraudulent election of Lulu. Lately, the populist demonstrations have ramped up, causing damage to the Parliament, Supreme Court, and Presidential Palace. Those political institutions of Brazil will not rescue this magnificent country from the scourge of a corrosive creeping communistic government. Instead, looming over the city of Rio de Janeiro stands the magnificent 98-foot statue of Christ the Redeemer symbolizing Brazil’s trust in the spiritual power of Christianity. Similarly, His Blessed Mother, as Brazil’s patron saint, Our Lady of Aparecida beckons Brazilians to raise their voices in prayer for protection for their country. 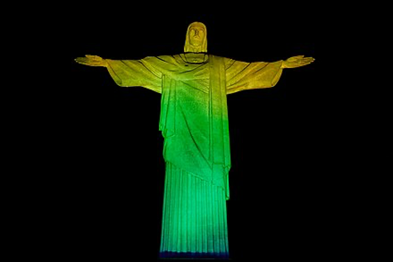 The statue of Christ the Redeemer flooded in Brazil’s colors

Our Lady awaits the cry of the past, “Mother of God, save us from the suffering and fate of enslaved nations”.

Brazilians are now demanding that the red shadow cast by Lula be lifted. Only the Holy Rosary will save Brazil.

—Elizabeth Yore is an international child advocate attorney. She is a podcast member of Lifesitenews’ Faith and Reason and a contributor to Steve Bannon’s War Room.

More in this category: « Archbishop Viganò’s homily for the Sunday of the Sacred Family POPE FRANCIS is a DISASTER: Cardinal Pell’s Last Word »