The War Is Over, and Christmas Won 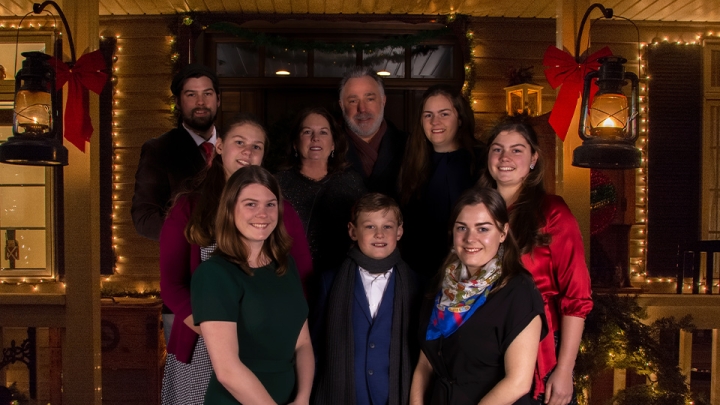 Merry Christmas from The Matt Family to Yours!

Congratulations! You’ve made it through one of the weirdest years in human history, with manifestations of Godlessness never even conceived of: Men “getting pregnant”, bearded women, Dr. Moreau wannabes injecting humanity with Mystery Juice, popes committing regicide (against Christ the King), robots taking over the workforce.

The other day, Joe Biden hosted a drag queen show at the White House which featured pervert performers who are in favor of sexual intercourse with children.  And as if not to be outdone, Pope Francis finds himself embroiled in yet another scandal involving his close personal friend, Fr. Marko Rupnik, who has been credibly accused of having sexually abused nuns over the course of many years.

Other than that, Mrs. Lincoln, how was the show?

This is what happens when Christ is ostracized. Our situation is worse than that of pagan Rome, because at least the court of Nero or Caligula had never reembraced Christ in the first place and thus never rejected him as we are doing now.

What to do in the face of it all? Well, I guess we could sit around and tell each other that, as things have never been worse, it’s time to assume the fetal position and wait for the asteroid. Maybe that’s true but, then again, it’s not as if we didn’t know this was coming. Christ, or chaos. Remember?

Wars, rumors of war, nations annihilated, Rome will lose the faith –welcome to the prophesy, pal!

The world into which Christ was born, for example, was more far more dystopian than it was utopian.  It too was governed by madmen who were obsessed with the idea of building a cockamamie new world order.

From the moment of its founding, The Remnant newspaper’s point and purpose has been to warn against the advent of the prophesied demonism we see rising up all over the world today. Our Lady of La Salette, pray for us? Yes, quite right!

On the other hand, things have been upside down and back-to-front in centuries past, too. The world into which Christ was born, for example, was certainly more dystopian than utopian.  It too was governed by madmen who were obsessed with the idea of building a cockamamie new world order.

That society was also pagan, besieged by endless wars, and dominated by another globalist empire that wanted to “reset” life in the image and likeness of a delusional lunatic who thought he was a god.

The old pagan Roman Empire was all about government surveillance, tracking people with a worldwide census, and occupying other people’s countries. 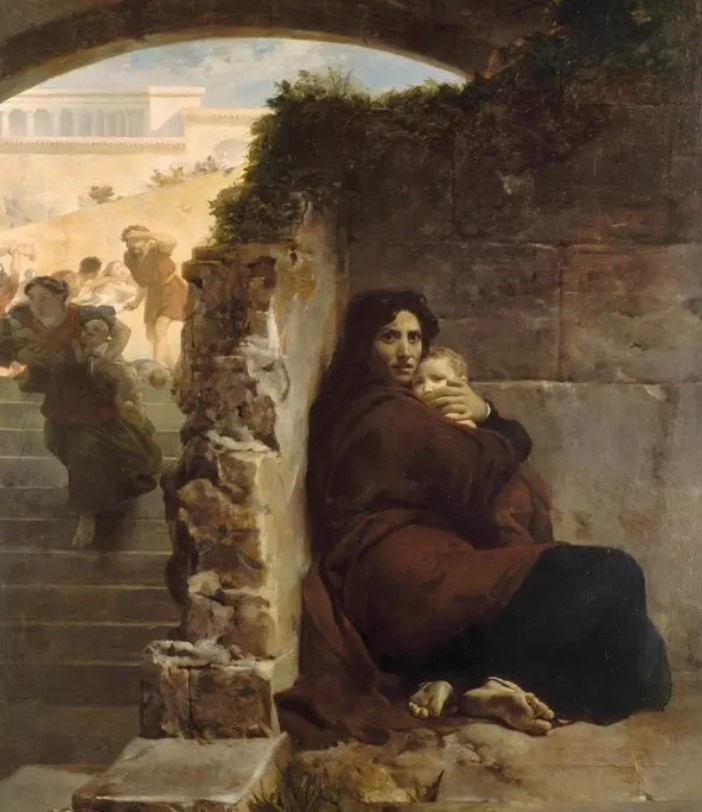 Even the church at that time was led by apostates who’d abandoned the God of Abraham in order to team up with the Globalists. When Herod found out about the birth of the prophesied Redeemer, he went totally Traditionis Custodes on his own people, initiating a massacre of the innocent adherents to the old religion.

It’s bad now, yes, but imagine being a home-school mom back then, with a houseful of kids and a psychopathic king trying to kill your 2-year-old.  The Holy Family themselves had to flee the country just to avoid Herod’s pro-choice thugs.

The little people of Bethlehem and Nazareth had no idea that the world was about to be redeemed by the long-awaited Messiah. All they knew was fear and change. Sound familiar?

In addition to rampant poverty, the old world was dying and a new world order of redrawn maps, open borders, and forced occupation was rising.

When the Messiah finally arrived, the world was in such turmoil that the only ones to recognize Him were the “unvaccinated” who didn’t matter at all to the architects of Agenda AD30.

Was it easy to keep the old Faith back then? I doubt it.

Was every day more uncertain than the one before? Bet it was.

Did people go to sleep with fear every night? Of course, and they likely thought the world was ending, too.

The little people of Bethlehem and Nazareth had no idea that the world was about to be redeemed by the long-awaited Messiah. All they knew was fear and change.

Fast-forward 2,022 years. . . It’s Christmastime again, we’re waiting for Christ to reveal Himself, and the legions are back. Now as then, there is no room in the digital inn for the Holy Family. But this does not mean that something wonderful isn’t about to happen, something we can’t see, just ahead, up around the curve in the road.

Yes, there’s darkness everywhere. But the darkness also makes it easier to follow the star out of this place.  And at some point, during Covid, God gave us a great gift – the gift of clarity to see the enemy for what and who he really is. His face is so wretchedly hideous that the grand seduction ended at first glance.

I don’t hear much about “Happy Holidays” this year. Everywhere I go, it’s “Merry Christmas” again, as though people have grown sick and tired of the kindergarten stupid.

In many ways, the veil has been lifted. You’ve noticed it, right? That sense that as the world spins into chaotic madness, the Christocentric solution rises up before us like the only star in the night sky.  Christmas is conquering the darkness again.

Somewhere over the past few years, the salvific Lumen Christi quietly became more a matter of fact than a tenet of a Creed we must accept in peril of our souls. The urge to follow the Light is stronger now than ever. Why? Because everything else is dark and dying.

There is no doubt anymore.

Here in the last days of the New Normal, only the fool says: “There is no God.”  Everyone else can see that Caesar is no longer seductive, Caesar has gone mad; Herod is no longer progressive, Herod has lost his mind; the children of darkness are no longer reveling in debauchery, the children of darkness are cannibalizing each other.  In the glow of our vigil candles, we can hear them scream as they spill their own blood, slaughter their own innocents, weep, and gnash their own teeth. There is nothing enviable about them. They are Godlessness.

Have you ever been more certain of the fact that God exists, that Jesus is King, and that Christmas is the hope of the world?   Hold on, dear friends. Christmas is here. Christ is born again. He has not abandoned us. He will be with us always, long after the Caesars and the Herods and the Globalists have become forgotten footnotes of history.

Christmas 2022 promises to be the best Christmas ever because faith has been transformed into fact and going to Bethlehem is the only thing in the world today that makes sense anymore.  So, let’s do this.

God bless you all, keep the Faith, Merry Christmas, and to Hell with the New World Order.

If you would like support the Remnant apostolate this Christmastide, you can do so here.
God bless you this Season and in the New Year!

[Comment Guidelines - Click to view]
The Remnant values the comments and input of our visitors. It’s no secret, however, that trolls exist, and trolls can do a lot of damage to a brand. Therefore, our comments are heavily monitored 24/7 by Remnant moderators around the country.  They have been instructed to remove demeaning, hostile, needlessly combative, racist, Christophobic comments, and streams not related to the storyline. Multiple comments from one person under a story are also discouraged. Capitalized sentences or comments will be removed (Internet shouting).
The Remnant comments sections are not designed for frequent personal blogging, on-going debates or theological or other disputes between commenters. Please understand that we pay our writers to defend The Remnant’s editorial positions. We thus acknowledge no moral obligation whatsoever to allow anyone and everyone to try to undermine our editorial policy and create a general nuisance on our website.  Therefore, Remnant moderators reserve the right to edit or remove comments, and comments do not necessarily represent the views of The Remnant.
back to top
Last modified on Saturday, December 24, 2022
Tweet