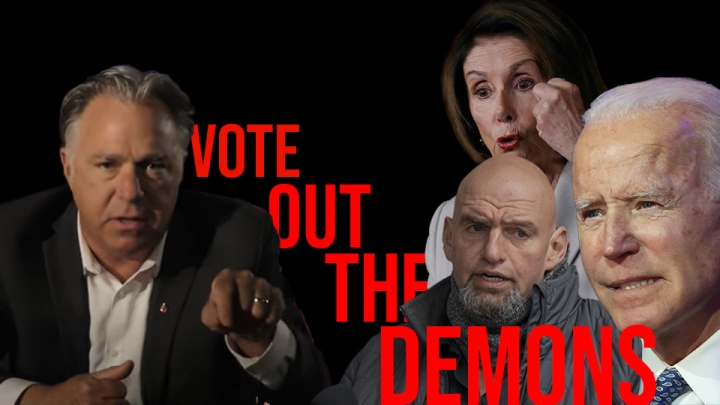 In this edition of The Remnant Underground, Michael Matt lays out a new course of action in the wake of YouTube’s decision to take Remnant TV off the air.

Citing National Public Radio’s diabolical decision to broadcast an abortion live, Michael warns that America is facing the end of the world as we know it.  Here’s why the midterm elections actually do matter this time…perhaps more than ever before in the history of this country.

In a stirring rallying cry to the clans around the world, Michael challenges RTV viewers to do the right thing, to keep hope alive, and to make this moment a defining moment of change for all those who are still willing to do whatever it takes to save this nation, to save the family, and to become the fighters for truth that God is calling us all to be.

[Comment Guidelines - Click to view]
The Remnant values the comments and input of our visitors. It’s no secret, however, that trolls exist, and trolls can do a lot of damage to a brand. Therefore, our comments are heavily monitored 24/7 by Remnant moderators around the country.  They have been instructed to remove demeaning, hostile, needlessly combative, racist, Christophobic comments, and streams not related to the storyline. Multiple comments from one person under a story are also discouraged. Capitalized sentences or comments will be removed (Internet shouting).
The Remnant comments sections are not designed for frequent personal blogging, on-going debates or theological or other disputes between commenters. Please understand that we pay our writers to defend The Remnant’s editorial positions. We thus acknowledge no moral obligation whatsoever to allow anyone and everyone to try to undermine our editorial policy and create a general nuisance on our website.  Therefore, Remnant moderators reserve the right to edit or remove comments, and comments do not necessarily represent the views of The Remnant.
back to top
Last modified on Sunday, November 6, 2022
Tweet

More in this category: « Viganò Blasts the Post-Conciliar Acceptance of Separation Between Church and State THE AFTERMATH: We're Still Standing »