Does “Pandemic Amnesty” Allow the Wrongdoers to Keep Lying and Killing? 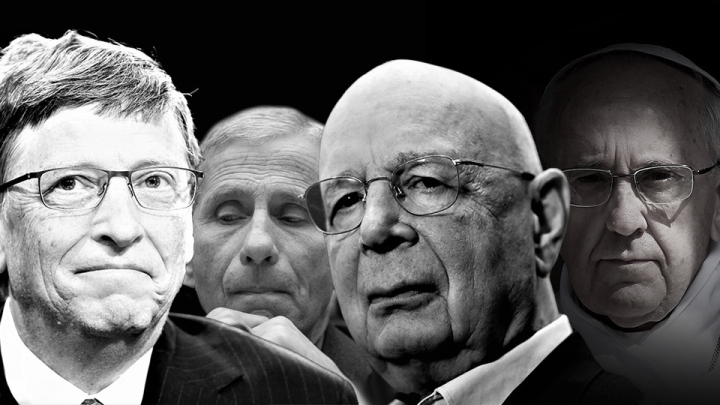 The Atlantic’s October 31, 2022 article advocating for forgiving each other about “Covid-related mistakes,” Let’s Declare a Pandemic Amnesty, has understandably garnered considerable pushback from those who actually recall what transpired during what Biden called the “pandemic of the unvaccinated.”

The premise of the article is offensive on its face but the author’s arguments are even more infuriating. Here, for instance, is what the author says about the “vaccines” that have been proven ineffective and deadly:

“When the vaccines came out, we lacked definitive data on the relative efficacies of the Johnson & Johnson shot versus the mRNA options from Pfizer and Moderna. The mRNA vaccines have won out. But at the time, many people in public health were either neutral or expressed a J&J preference. This misstep wasn’t nefarious. It was the result of uncertainty.”

The author is arguing that there was nothing nefarious about the vaccination program because there was a point at which the “experts” did not know that the Pfizer and Moderna vaccines were superior to the Johnson & Johnson vaccines. A gullible reader who knew nothing of what transpired during the pandemic would thus conclude that the only grievance regarding the vaccines is that some poor people did not get the superior Covid immunity provided by the mRNA vaccines.

How exactly have the mRNA vaccines “won out”? By killing more people?

Given that the article’s author, Professor Emily Oster, is nominally educated (Harvard BA and PhD) and presumably aware that there has been growing controversy over the vaccine’s efficacy and safety, how can we avoid the conclusion that she is intentionally gaslighting her readers? How exactly have the mRNA vaccines “won out”? By killing more people?

They did not do any of this. What did doctors and policy-makers do instead?

We need to be very clear that this is not simply making “mistakes” — it is undoubtedly malicious and criminal.

Those who ask for amnesty while doubling-down on their wickedness are calling for God’s vengeance, and we do them no favors by excusing them.

But how does amnesty work for those who continue to propagate the lies and exacerbate the damage? What if someone were to read The Atlantic’s article and believe that because “the mRNA vaccines have won out” they are safe? If such a reader then received the vaccine and died from it, how do we avoid the conclusion that the author has contributed to the reader’s death? We can apply this same analysis to all doctors and policy-makers who advocated for the vaccines.

This man [Francis] who has tried to jettison every Catholic moral obligation other than “being nice” has used his fading authority to advocate for Pfizer and its vaccines. Such a man cannot possibly believe in hell.

And if the doctors and policy-makers are nefarious for continuing to push ineffective and dangerous vaccines, how do we evaluate the role of Francis in telling over one billion Catholics that it is an act of charity to receive the vaccines? This man who has tried to jettison every Catholic moral obligation other than “being nice” has used his fading authority to advocate for Pfizer and its vaccines. Such a man cannot possibly believe in hell.

As Catholics, we can forgive those who have made mistakes if they actually try to rectify those mistakes. But those who ask for amnesty while doubling-down on their wickedness are calling for God’s vengeance, and we do them no favors by excusing them.

[Comment Guidelines - Click to view]
The Remnant values the comments and input of our visitors. It’s no secret, however, that trolls exist, and trolls can do a lot of damage to a brand. Therefore, our comments are heavily monitored 24/7 by Remnant moderators around the country.  They have been instructed to remove demeaning, hostile, needlessly combative, racist, Christophobic comments, and streams not related to the storyline. Multiple comments from one person under a story are also discouraged. Capitalized sentences or comments will be removed (Internet shouting).
The Remnant comments sections are not designed for frequent personal blogging, on-going debates or theological or other disputes between commenters. Please understand that we pay our writers to defend The Remnant’s editorial positions. We thus acknowledge no moral obligation whatsoever to allow anyone and everyone to try to undermine our editorial policy and create a general nuisance on our website.  Therefore, Remnant moderators reserve the right to edit or remove comments, and comments do not necessarily represent the views of The Remnant.
back to top
Last modified on Thursday, November 3, 2022
Tweet

More in this category: « On Visiting the Graves of the Dead SINod on SINodality: Prominent Bishops Resist Great Reset of Catholic Church »