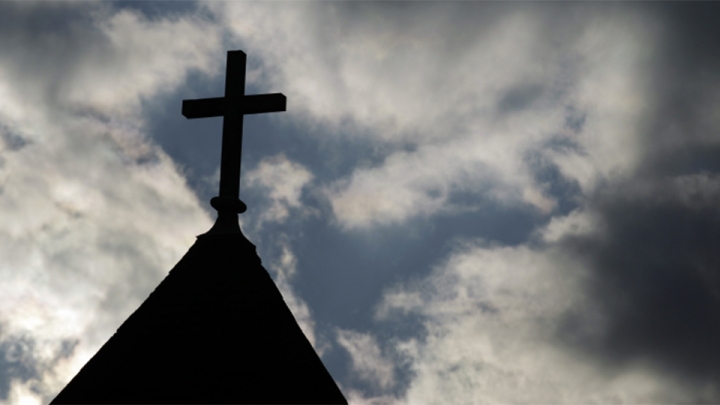 I want to applaud you with regard to the work you have undertaken in one of the Enemy's foremost dioceses in the Americas. For far too long that detestable place has flourished virtually unchecked by us. But since the enthronement of our beloved Pachamama in Rome events have gone better than I expected! These humans never cease to amaze me with how easily corruptible they are.

Now let us discuss this opportunity you have with the promulgation of the Motu Proprio Traditionis Custodes (I am claiming full credit for that mockery of a title) and the responses to the Dubia issued by our English friend who covets a red hat. These documents have certainly stirred things up worldwide but they can be of great aid to your sowing of division in that diocese.

I highly recommend you keep whispering into the ears of the Enemy's top man there. Thus far you have done well exploiting his false sense of obedience to his Roman authorities. If this was a bishop formed during the Middle Ages your remonstrations would not have worked. But the Enemy's church is now filled with so many weak and compliant men that your task is easier to accomplish. This bishop has already restricted the Enemy's sacraments in that detestable ancient rite. This has caused immediate dissension amongst the priests and their faithful. Confusion and anger are great weapons!

Set your sights on the so-called Traditional Latin Mass. It must be expunged from that diocese.

Set your sights on the so-called Traditional Latin Mass. It must be expunged from that diocese. It is offered in far too many parishes, 21 at last count. Also, more than half the priests there have taken it upon themselves to learn that Mass with all its rubrics.

Now is not the time to relax your efforts. Devoted nephew let me remind you of our long-term goal here: the ruination of that diocese that has been a source of our angst for far too long. You know well the outcomes we desire:

Let me remind and assure you dear Wormwood that this formula has a proven track record of success. Look at so many of the Enemy's dioceses that have crumbled! Those without Tradition crumble the fastest!

Remember, their Achilles heel is their total misunderstanding of obedience and their timidity in battle.

I do have a word of caution, however. This detestable diocese has many priests and religious who are quite devoted to the Enemy. Do not underestimate your task. There is even one priest, a discalced, who now goes about completely barefoot in the depths of winter offering his sufferings and discomforts so as to gain graces for his bishop. Waste no time with that priest. Go after the few soft ones but keep your focus on that bishop and his advisors. Remember, their Achilles heel is their total misunderstanding of obedience and their timidity in battle. Cowards and prideful men are always easy targets.

Finally, keep me abreast of your ongoing efforts in that most-hated of dioceses. I will keep you informed of my own efforts assaulting the Enemy's church at its highest levels. I am confident you will be able to duplicate my success. I remain,

About the author. Seth F. Stein is a retired company president. He and his wife Kristine have 8 children and 11 grandchildren (and counting). They reside in the Diocese of Arlington Virginia.

[Comment Guidelines - Click to view]
The Remnant values the comments and input of our visitors. It’s no secret, however, that trolls exist, and trolls can do a lot of damage to a brand. Therefore, our comments are heavily monitored 24/7 by Remnant moderators around the country.  They have been instructed to remove demeaning, hostile, needlessly combative, racist, Christophobic comments, and streams not related to the storyline. Multiple comments from one person under a story are also discouraged. Capitalized sentences or comments will be removed (Internet shouting).
The Remnant comments sections are not designed for frequent personal blogging, on-going debates or theological or other disputes between commenters. Please understand that we pay our writers to defend The Remnant’s editorial positions. We thus acknowledge no moral obligation whatsoever to allow anyone and everyone to try to undermine our editorial policy and create a general nuisance on our website.  Therefore, Remnant moderators reserve the right to edit or remove comments, and comments do not necessarily represent the views of The Remnant.
back to top
Last modified on Tuesday, February 15, 2022
Tweet
More in this category: « THE GODLESS DELUSION: Truckers Bring God Back to Canada Guarding the Flock: A Canon Lawyer’s Advice to Bishops on Latest Vatican Crackdown on Tradition »