Begging Mary, Mother of the Unborn, to Overturn Roe vs. Wade 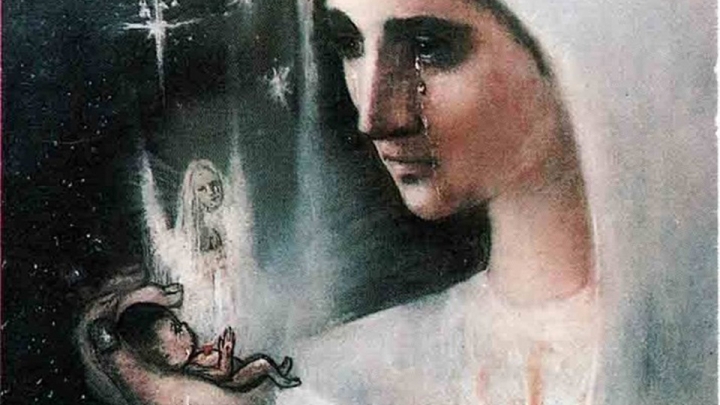 I am begging all Catholics to participate in a rosary novena from today (November 22nd) to November 30th, in order that Roe vs. Wade would be overturned in an upcoming U.S. Supreme Court Hearing. The hearing, which begins on December 1st, concerns a Mississippi law banning most abortions after 15 weeks. To implement it, the state is asking the Supreme Court to overturn Roe vs. Wade, which gave American women the constitutional “right” to abortion.

The novena entrusts the results of this hearing (and therefore the fate of countless unborn babies) to Mary, Mother of the Unborn. Given the radical pro-abortion actions that professing Catholic President Joe Biden has taken, and Pope Francis’s refusal to stop him, we have no other option. We recognize this hearing as a great gift from God, and cannot let it go to waste. The government will be more than happy to allow countless infants to be slaughtered if our Blessed Mother does not stop them.

The little-known devotion to Mary, Mother of the Unborn, was begun by Msgr. Ronald Marino, pastor of the Basilica of Regina Pacis in Brooklyn, New York. In 1989, Msgr. Marino was disappointed after he could not properly defend the Church’s teaching on abortion to his cousin’s wife. After days of praying for a solution, he reached the idea of a devotion to the Blessed Virgin under the title: Mary, Mother of the Unborn. The title eventually received approval from Rome, and a prayer (which will accompany this novena) was approved by Msgr. Marino’s bishop. He added a Marian statue to the old baptistry, and converted it into the Chapel of Mary, Mother of the Unborn.

The government will be more than happy to allow countless infants to be slaughtered if our Blessed Mother does not stop them.

Since 1989, countless souls have come to this chapel to ask Our Lady for help in conceiving and/or giving birth, give thanks for a healthy child, mourn a miscarriage, repent of a past abortion, and many more causes. The Book of Life, where these prayers are written, has grown to roughly seventy large books. The walls of the chapel are full of pictures of children who were born thanks to Mary, Mother of the Unborn. Her feast day is celebrated on March 25th, which is ironically also the feast of her Annunciation. An artist known as Miss Tidwell drew the image featured in this article to show Our Lady’s sorrow over the loss of innocent life.

Inspired by all these miracles, and trusting Mary’s promise that “You shall obtain all you ask of me by recitation of the Rosary,” we confidently approach her with this request. Those who can pray more than five decades are begged to do so, but at least five decades each day will suffice, as Our Lady of Fatima requested. At the end of the rosary, say this prayer to Mary, Mother of the Unborn, composed by Msgr. Marino:

O Mary, Mother of the Unborn,
protect the gift of human life which your
Divine Son has allowed to be given.

Give strength and joy to all parents as
they await the birth of the precious
child they have conceived.

Give courage to those who are fearful,
calm those who are anxious and guide
all of us, with your motherly care,
to treasure and protect the miraculous gift of human life.

We ask this through your Son,
Jesus Christ our Lord.  Amen.

Mary, Mother of the Unborn,

[Comment Guidelines - Click to view]
The Remnant values the comments and input of our visitors. It’s no secret, however, that trolls exist, and trolls can do a lot of damage to a brand. Therefore, our comments are heavily monitored 24/7 by Remnant moderators around the country.  They have been instructed to remove demeaning, hostile, needlessly combative, racist, Christophobic comments, and streams not related to the storyline. Multiple comments from one person under a story are also discouraged. Capitalized sentences or comments will be removed (Internet shouting).
The Remnant comments sections are not designed for frequent personal blogging, on-going debates or theological or other disputes between commenters. Please understand that we pay our writers to defend The Remnant’s editorial positions. We thus acknowledge no moral obligation whatsoever to allow anyone and everyone to try to undermine our editorial policy and create a general nuisance on our website.  Therefore, Remnant moderators reserve the right to edit or remove comments, and comments do not necessarily represent the views of The Remnant.
back to top
Last modified on Monday, November 22, 2021
Tweet
More in this category: « The Persecuted Mystical Body of Christ: Our Source of Direction and Confidence WHY FRANCIS WILL LOSE: Michael Matt on the History of Traditional Catholic Resistance »