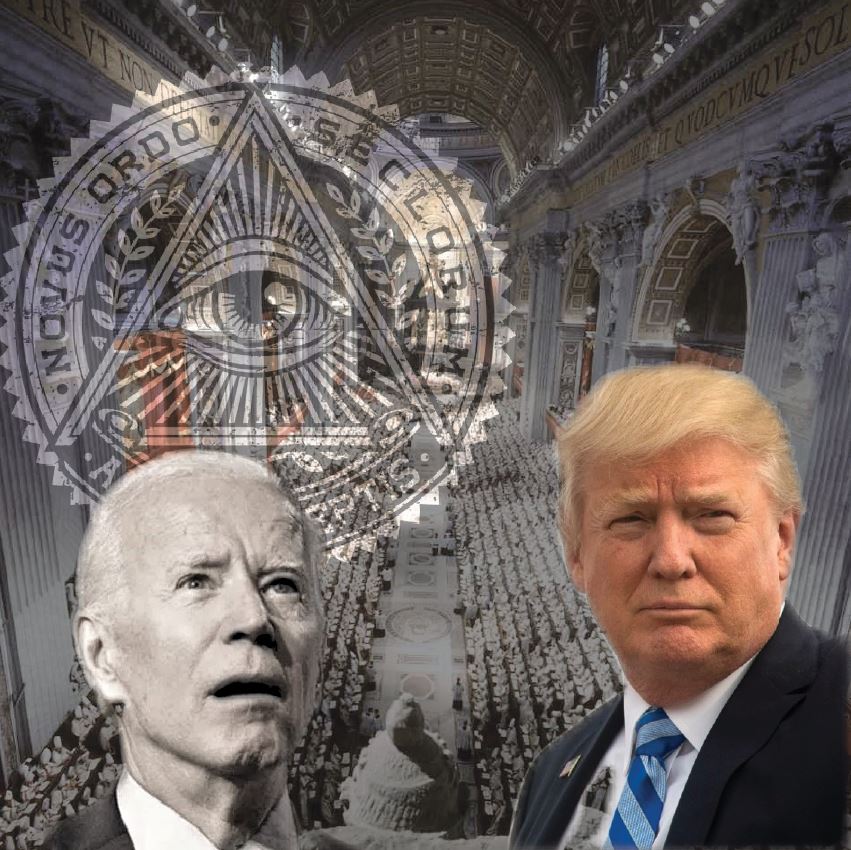 What do the circumstances surrounding the Mueller Report tell us about the importance of safeguarding the presidential election process? If we as a nation are concerned about a candidate potentially working with a foreign actor to release true information about his or her political opponents, does it seem likely that we would be unconcerned about a candidate coordinating with the media, polling firms, state officials, poll workers and vote counters to directly manipulate voting? In other words, if we think there is a problem with a relatively minor threat to the democratic process, do we think there is a problem with the most significant threat to the democratic process?

As it turns out, the answer to that question depends on who is asking the question. If Biden and his supporters found themselves in the position now occupied by Trump and his supporters, we all know there would be bloody violence in the streets and all manner of hate speech directed against anyone who dared to question their righteous anger. If Biden and his supporters were in our position, they would be right to be angry. They would be right to fight and to urge their candidate to never concede until all serious questions about the legitimacy of the election had been resolved.

So, in this year in which many of us first learned the meaning of the word gaslighting, there is little reason to take Biden and his supporters seriously as they raise the hue and cry against Trump and his supporters for doing what they would do (but without the violence or hate speech). Every bit of their feigned anger and dismay only makes them appear more guilty. If they had nothing to hide they would assist President Trump in his call to count every legal vote. In so doing, they could show their good faith and avoid years of struggle with those who would otherwise have considered them villains.

Our nation is in a precarious situation that will only get worse if Biden is inaugurated in spite of serious and credible evidence of voter fraud. Just as criminals hellbent on getting away with their crime shoot the witness, we can expect that anyone who sows doubt about the legitimacy of Biden’s, and then Harris’s, presidency will reap swift retribution from the “anti-fascist” left that has already broadcast its intention to put Trump supporters on “lists.”

And if there remains serious and credible evidence of election fraud, who could blame any American for resisting the Biden/Harris presidency? Think of all the wars we have fought across the world since WWII. If you combine all of the American interests at stake in all of those conflicts, they would not come close to the American interest of avoiding a presidential election being stolen by fraud. Stealing an election makes the entire nation worse: the aggrieved candidate and his supporters are disenfranchised, and the criminals and their supporters are forever changed into traitors.

All Americans of good will need to insist that all serious and credible evidence of election fraud is addressed prior to any determination that Biden won the election. The question of whether one likes President Trump is completely irrelevant at this point in the election — now that we have voted, the only relevant question is whether we as a nation will insist that all legal votes are counted and no illegal votes are counted. If we cower at this point we will lose the nation. This would also be the case if the roles of Trump and Biden were reversed.

Catholics have special reason to be concerned about the legitimacy of the election, and our several-decades crisis with the Spirit of Vatican II should be a cautionary tale to Americans who think that they can sacrifice the most important ideals of our nation. Consider the words of Archbishop Marcel Lefebvre on October 11, 1964, during Vatican II:

Without speaking of the unexpected ways in which the Council Fathers found themselves confronted with various schemata having no roots in the magisterium of the Church, we should like in the following pages to echo the word which the Council Fathers cannot forget: ‘Caveamus!’ Let us beware of allowing ourselves to be influenced by a spirit wholly irreconcilable with that which the Roman Pontiffs and earlier Councils have unwearyingly striven to diffuse among Christians. It is not a spirit of progress; it is a spirit of rupture and suicide.”

He was raising the flag of caution in response to the changes taking place during Vatican II. In so doing, he merely applied Catholic principles to the radical changes taking place before the world’s eyes. And yet he stood almost alone by the end of the council. Ridiculed and ultimately excommunicated, he stood firm no matter the personal cost. Others saw the problems but were crippled by their own cowardice or wishful thinking.

Where is the Church now? In the world’s eyes, it is led by a pope who no longer teaches what the Church had always taught. It is populated with false shepherds who are more serious about defending anti-Catholic positions than tending to their flocks. For several decades, it has abandoned its God-given mandate to provide spiritual and intellectual nourishment to the entire world.

There is no wonder that we face the current crises not only in America but worldwide, for the Catholic light of the world has been dimmed in much the same way that our nation’s light in this world would be dimmed if we abandon democracy for the sake of placating those who are content to win by whatever means necessary. It is no mere coincidence that the most prominent enemies of timeless Catholic teaching happen to be powerful Catholics who have been outspoken supporters of Biden.

The poor Catholics who “went along” with the changes in the Church sensed that they were seeing the Church become something it could not be, and yet their false sense of obedience kept them in the pews, or at least silent at home. They thought they were being good Catholics, and indeed it is hard to blame them. Even so, if they had truly understood their Church, and all the implications of its fundamental duty to maintain the Truth, they might have been more likely to resist.

So it is with us now. Do we truly grasp what America is and what it represents to the world? Do we have any idea of what will be lost if we, as a nation, decide that we no longer want to respect the will of the people or the laws designed to protect their ability to choose their elected officials? Remove that linchpin and it all collapses, likely in short order. Now is our Vatican II moment. If we will not protect America, we deserve to lose it. Our Lady of the Immaculate Conception, pray for us!