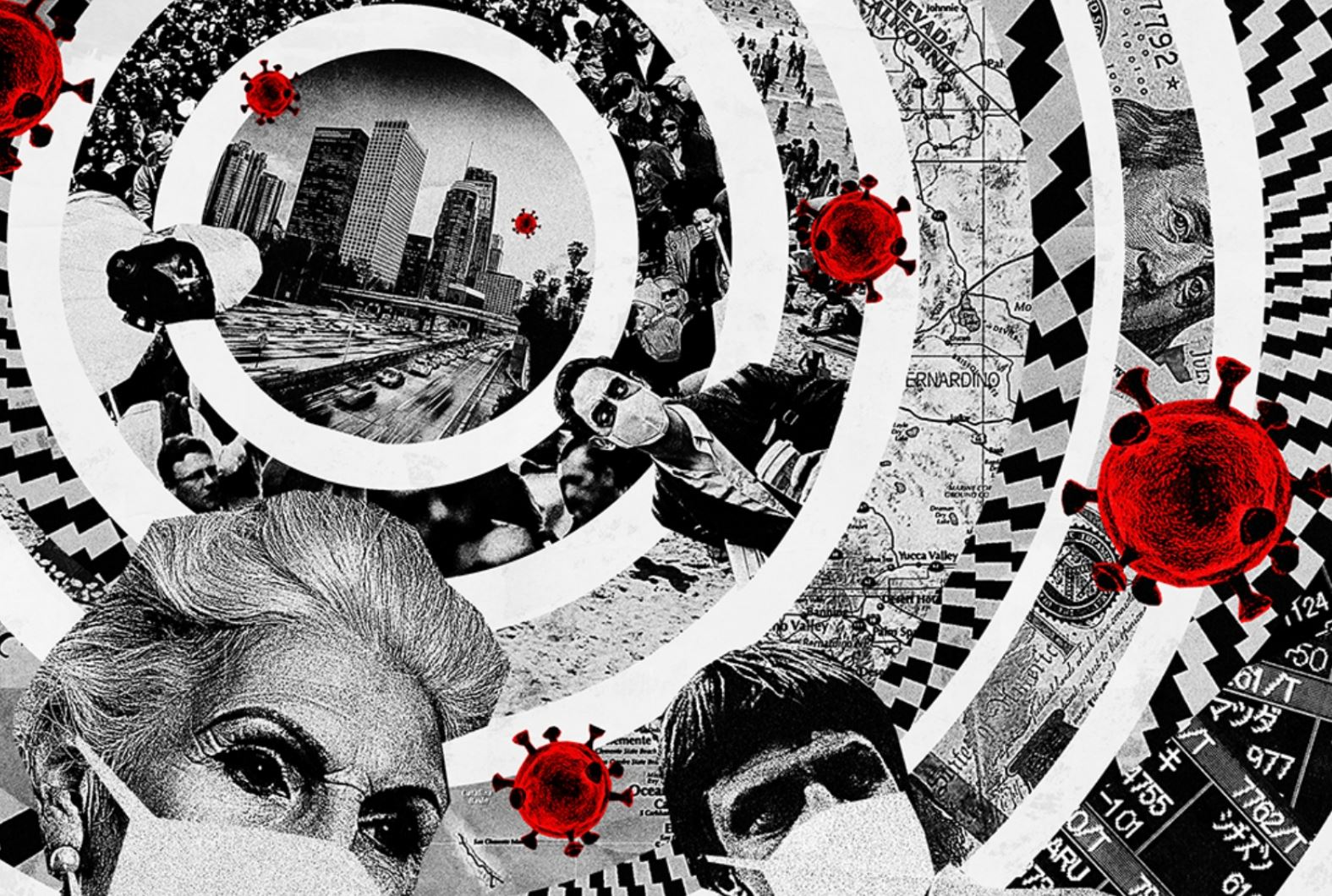 Cloth masks, narrow plastic shields, and six feet of separation to stop an airborne virus. Limiting exposure to the largely nonlethal virus when immunity is necessary to function and no vaccine exists. An apparent belief that avoiding the virus will remove it from the environment. All this is obviously insane.

Delaying medical screenings for deadly conditions like cancer and heart disease. Depleting the resources of medical centers needed to treat such conditions. Substantially increasing pressure on individuals prone to mental illness. All this is obviously insane.

Disrupting commerce with business closures and stay-at-home orders, thereby suppressing demand and creating negative multiplier effects which will extend into the foreseeable future. Greatly increasing the risk of private investment and then crowding it out with yet more government borrowing, leading to decreased supply. Diminishing the savings needed for investment through an immediate loss of income and a potential loss of value upon further monetization of debt. All this is obviously insane.

How did Modern Man, that hard-headed creature who occupied the earth 60 years ago, fall into insanity? Was he not a clear thinker, a doer, a pragmatist? Look! We now have clean water! Roads and sewers! Skyscrapers and bridges! None of your medieval inventions like "essences" were ever needed.

So, where did the insanity start? With Adam and Eve, but if one were to pick a point of new decline, it would be during the Middle Ages. Just after the turn of the first millennium, when the physical conditions of Western society were stabilizing with increased security and prosperity, intellectual life began a thousand-year process of metaphysical deconstruction. 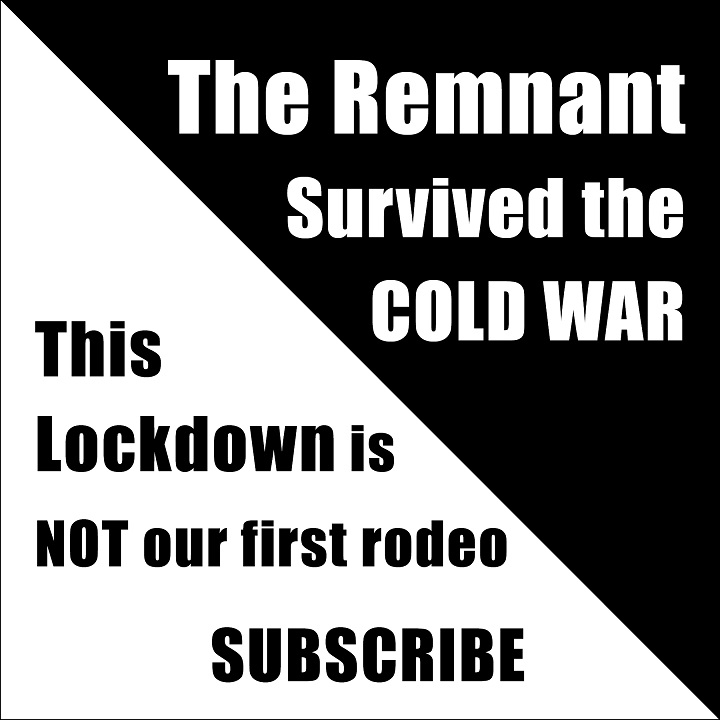 Rationalism was first heard in the forerunners of medieval universities, and then with increasing virulence in the universities themselves. Perhaps due to a certain pride in no longer being slaughtered by Vikings, or in having usually adequate harvests, some thinkers emphasized their own mental processes in a way which diminished the rest of reality. The change began in the arts faculties, where scholars doubted whether the mind could grasp the essences of things, and progressed to Occam and his followers, who claimed essences did not exist at all.

Rationalism thus gave birth, following a very subtle gestation, to empiricism. Both mother and daughter focused on part of reality, the mother preferring mental processes and the daughter preferring sense data. Both thereby missed that intersection of mental processes and sense data, the understanding mind, which actually grasps reality. One would naturally wonder about the father of such a strange family.

In any event, these philosophical distortions had horrible implications for theology. St. Thomas therefore mounted a defense. He relied on the greatest philosopher of essence, Aristotle, to establish a philosophical/theological synthesis that built upon St. Augustine.

St. Augustine, it is true, knew much more Plato than Aristotle, but Augustine was fundamentally a Paulist, not a Platonist. The world had thus already heard St. Paul of Tarsus, St. Augustine of Hippo, and St. Thomas Aquinas—arguably the three greatest minds of Christianity, and interestingly, three of the most virile.

Even with these witnesses, the insanity continued. Dr. Luther maintained the Scriptures could speak for themselves and that he was the man to do it. King Henry claimed control over the Church on the same basis the pagan Emperors had claimed it, because his realm was an Empire.

These positions naturally led to war. James Madison and others eventually proposed to avoid war by establishing a government which would decide disputes between religiously motivated parties without addressing the religious question. The fact any such decision would inevitably touch on the underlying issue was somehow missed.

Unfortunately, many American Catholics saw the temporary ceasefire as a permanent solution. Some even attributed the growth of the Church in the United States to it. Pope Leo XIII corrected these misperceptions in his encyclical Longinqua, but the insanity was already advanced.

The courts of the supposedly neutral state began operating as a counter-magisterium, contributing to what Pope Benedict recently called society's "antichristliches Credo," or Antichrist-like creed. Seewald, Benedikt XVI:  Ein Leben 1075 (Droemer, 2020). With a derangement possible only upon full surrender of the reason to the will, the courts held marriage bears no relation to the sex of the partners, and that nature establishes a right to kill one's child. These perverse creedal statements perfected metaphysical insanity by denying any meaning to physical reality. Once again, who could be the father of all this?

Having achieved complete metaphysical insanity, the next step was physical insanity regarding an invisible virus. The move was actually incremental, if considered in context. A society which could accept same-sex marriage and abortion on demand was fully capable of destroying itself on the pretext of individual well-being. With respect to the father of the most recent insanity, Msgr. Charles Pope has asserted a demonic origin.

Humans have a natural affinity for each other which makes personal and societal destruction hard to watch. Christians know the remedy, but they also know the cost. One must die in Christ. The choice seems insane to worldlings, but it has this effect, which is not the point but only a marker—it leaves the believer in possession of his or her reason. G.K. Chesterton captured the dynamic in his brilliant conclusion to Heretics:

"The great march of mental destruction will go on. Everything will be denied. Everything will become a creed. It is a reasonable position to deny the stones in the street; it will be a religious dogma to assert them. It is a rational thesis that we are all in a dream; it will be a mystical sanity to say that we are all awake. Fires will be kindled to testify that two and two make four. Swords will be drawn to prove that leaves are green in summer. We shall be left defending, not only the incredible virtues and sanities of human life, but something more incredible still, this huge impossible universe which stares us in the face. We shall fight for visible prodigies as if they were invisible. We shall look on the impossible grass and the skies with a strange courage. We shall be of those who have seen and yet have believed. THE END"

[Comment Guidelines - Click to view]
The Remnant values the comments and input of our visitors. It’s no secret, however, that trolls exist, and trolls can do a lot of damage to a brand. Therefore, our comments are heavily monitored 24/7 by Remnant moderators around the country.  They have been instructed to remove demeaning, hostile, needlessly combative, racist, Christophobic comments, and streams not related to the storyline. Multiple comments from one person under a story are also discouraged. Capitalized sentences or comments will be removed (Internet shouting).
The Remnant comments sections are not designed for frequent personal blogging, on-going debates or theological or other disputes between commenters. Please understand that we pay our writers to defend The Remnant’s editorial positions. We thus acknowledge no moral obligation whatsoever to allow anyone and everyone to try to undermine our editorial policy and create a general nuisance on our website.  Therefore, Remnant moderators reserve the right to edit or remove comments, and comments do not necessarily represent the views of The Remnant.
back to top
Last modified on Monday, May 25, 2020
Tweet
More in this category: « TRUMP to GOVERNORS: "Open Up the Churches RIGHT NOW, this Weekend... or I Will Override the Governors" The Coronavirus and the Moral Decline of Modern Man »