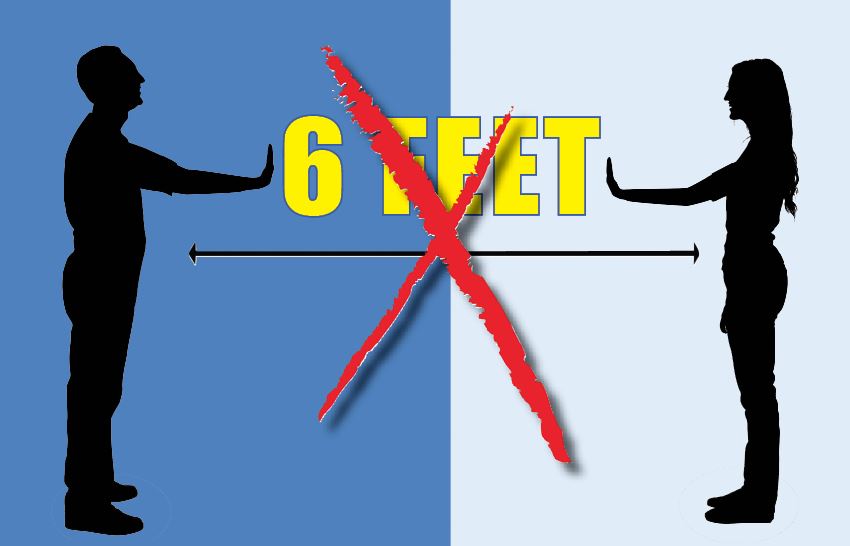 Pope Benedict, somewhere in his writings, argued that reality is based on relationship because it was created by the Triune God. Aristotle's great mind perceived this partially, naming man a "social animal," Politics, Bk. I, Pt. II, though even Aristotle could not perceive that God is social as well. The astonishing response of governments around the world to the COVID-19 disease therefore presents a metaphysical problem.

A disease which, even under the worst estimates, could not threaten society itself, caused governments to suspend most social activities. The comfortable and well-placed may doubt it, but for millions of us, society has been sacrificed for the individual. Because individuals may die from the disease, all must socially distance. The inevitable response is to perceive reality as individualistic, not as social. Try going to Mass on Sunday if you think I'm exaggerating.

This individualism is arguably an extension of the modern age, which was simply the post-Christian age. The individualism has now grown to be post-modern, however, which means it has lost even natural reason. So, the most-encompassing expression of natural social being, the state, has imposed a framework which destroys social interaction. And the Church, the most-encompassing expression of supernatural social being, has gone along. We are obviously insane.

The insanity is justified as a temporary measure, but organized insanity establishes precedent. One hears talk of future months—will we have school in the fall, and what will sports look like, and can we even have a normal election? Sociability is now the problem:  it is the disease, or at least the means of contagion.

Turning Aristotle on his head, we've become antisocial animals. We have forgotten our St. Thomas Aquinas, who, following the Philosopher, taught:  "The common good is better than the particular good of one person. So, the particular good should be removed in order to preserve the common good." Summa Contra Gentiles, Bk. 3, Pt. II, Ch. 146. It sounds harsh now, but St. Thomas wasn't an individualist.

This article is a preview of the May 15th Remnant Newspaper.
Don't miss this issue! SUBSCRIBE TODAY 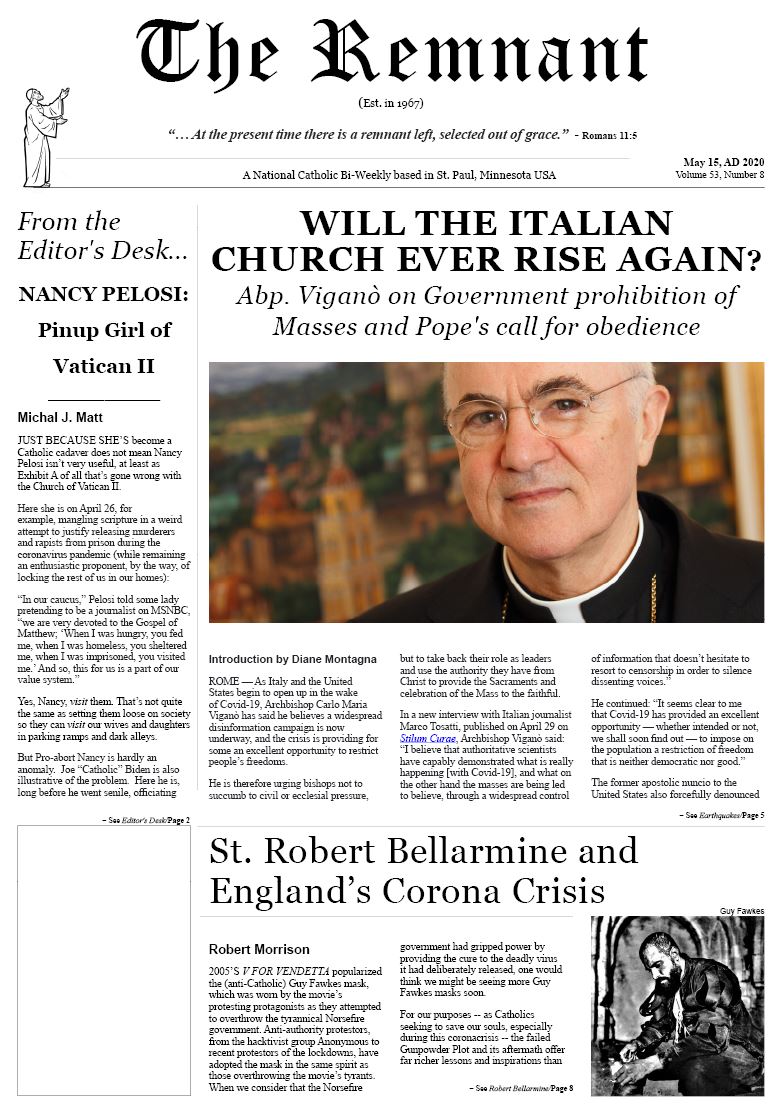 [Comment Guidelines - Click to view]
The Remnant values the comments and input of our visitors. It’s no secret, however, that trolls exist, and trolls can do a lot of damage to a brand. Therefore, our comments are heavily monitored 24/7 by Remnant moderators around the country.  They have been instructed to remove demeaning, hostile, needlessly combative, racist, Christophobic comments, and streams not related to the storyline. Multiple comments from one person under a story are also discouraged. Capitalized sentences or comments will be removed (Internet shouting).
The Remnant comments sections are not designed for frequent personal blogging, on-going debates or theological or other disputes between commenters. Please understand that we pay our writers to defend The Remnant’s editorial positions. We thus acknowledge no moral obligation whatsoever to allow anyone and everyone to try to undermine our editorial policy and create a general nuisance on our website.  Therefore, Remnant moderators reserve the right to edit or remove comments, and comments do not necessarily represent the views of The Remnant.
back to top
Last modified on Tuesday, May 5, 2020
Tweet

More in this category: « WILL THE ITALIAN CHURCH EVER RISE AGAIN? (Abp. Viganò on Government prohibition of Masses and Pope's call for obedience) LOCKDOWN MELTDOWN: America Fights Back »