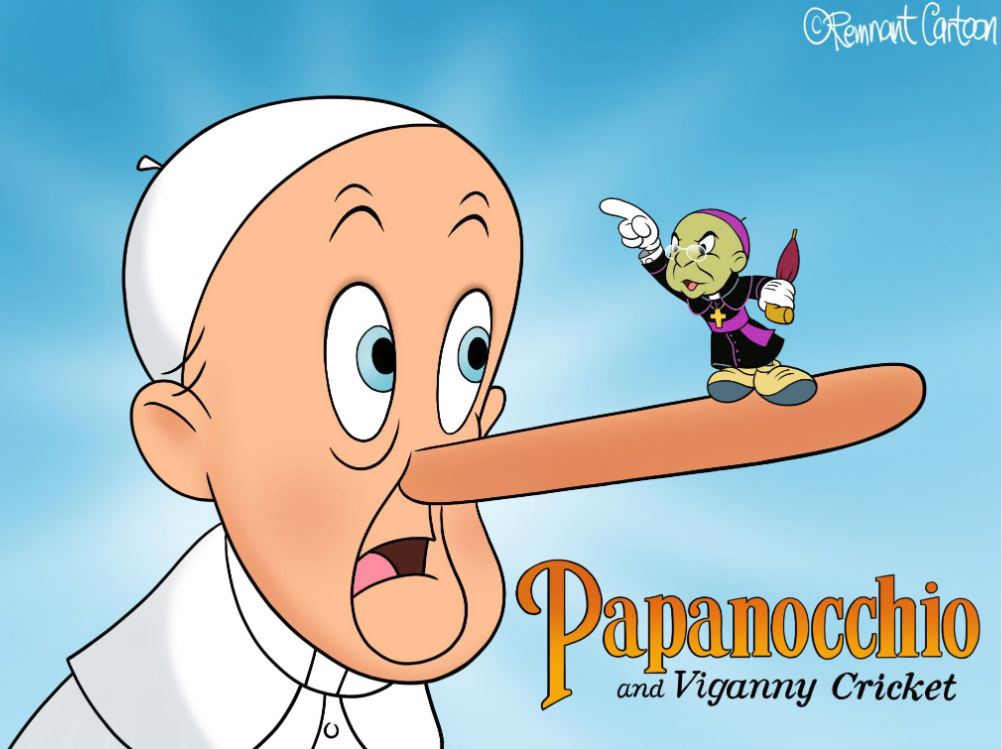 Excerpt from the Current Print Edition of The Remnant (June 30, 2019 PREVIEW HERE)

After six painful years of Francis occupying the papal office, a prominent Archbishop has proclaimed publicly that Bergoglio is a bald-faced liar. In a recent email interview with the Washington Post, Archbishop Carlo Maria Viganò made the following unprecedented accusations:

It is immensely sad to read Pope Francis’s answers about the McCarrick case, not to mention everything else. He first says that he has already replied many times; second, that he knew nothing, absolutely nothing about McCarrick, and third, that he forgot about my conversation with him. How may these claims be affirmed and sustained together at the same time? All these three are blatant lies. First, for nine long months he did not say a word about my testimony, and even bragged and continues to do so about his silence, comparing himself to Jesus. So, either he spoke, or he kept silent. Which is it?

Second, everybody knew about McCarrick’s lifelong predatory behavior, from the youngest seminarian in Newark to the highest-ranking prelates in the Vatican. Third, I repeat in front of God what I stated in my testimony from last August: On June 23rd, 2013 Pope Francis himself asked me about McCarrick, and I told him that there was a huge dossier about his abuses at the Congregation of Bishops, and that he corrupted generations of seminarians. How could anybody, especially a pope, forget this? If he really knew nothing until that day, how could he ignore my warning, and continue to rely on McCarrick as one of his closest advisers?

We are in a truly dark moment for the universal Church: The Supreme Pontiff is now blatantly lying to the whole world to cover up his wicked deeds! But the truth will eventually come out, about McCarrick and all the other cover ups, as it already has in the case of Cardinal Wuerl, who also “knew nothing” and had “a lapse of memory.” 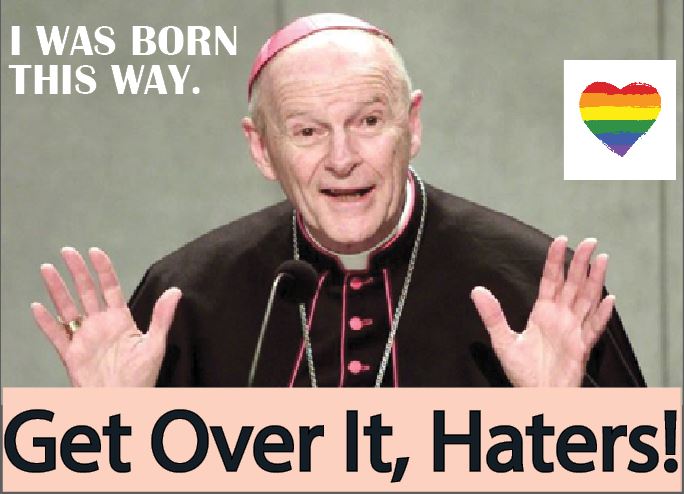 Elsewhere in the interview the Archbishop also suggests that there are more coverups by Francis of sexual predation by prelates, some of whom he has promoted and continues to protect…

The more time that passes the more evidence emerges that confirms the credibility of Archbishop Viganò’s testimony. Many of us have never doubted the veracity of the Archbishop since he first exposed Francis and Friends as thoroughly devious and corrupt. But the lies of Francis are not limited to those related to sexual abuse alone. Francis is undeniably a Modernist and the modus operandi of Modernism is by way of deception.

Here is what Pope St. Pius X wrote about Modernists, though for effect let’s substitute the name Jorge for each reference to Modernists, on the principle that whatever applies to the whole applies to each part:

Though Jorge expresses astonishment himself, no one can justly be surprised that We number Jorge among the enemies of the Church, if…he is acquainted with his tenets, his manner of speech, his conduct. Nor indeed will he err in accounting Jorge the most pernicious of all the adversaries of the Church. For Jorge puts his designs for her ruin into operation not from without but from within; hence, the danger is present almost in the very veins and heart of the Church, whose injury is the more certain, the more intimate is his knowledge of her. Moreover, Jorge lays the axe not to the branches and shoots, but to the very root, that is, to the faith and its deepest fires. And having struck at this root of immortality, Jorge proceeds to disseminate poison through the whole tree, so that there is no part of Catholic truth from which Jorge holds his hand, none that he does not strive to corrupt. Further, none is more skillful, none more astute than Jorge, in the employment of a thousand noxious arts; for Jorge doubles the parts of rationalist and Catholic, and this so craftily that he easily leads the unwary into error; and since audacity is his chief characteristic, there is no conclusion of any kind from which Jorge shrinks or which he does not thrust forward with pertinacity and assurance. To this must be added the fact, which indeed is well calculated to deceive souls, that Jorge leads a life of the greatest activity, of assiduous and ardent application to every branch of learning, and that he possesses, as a rule, a reputation for the strictest morality. Finally, and this almost destroys all hope of cure, his very doctrines have given such a bent to his mind, that Jorge disdains all authority and brooks no restraint; and relying upon a false conscience, Jorge attempts to ascribe to a love of truth that which is in reality the result of pride and obstinacy.

To continue reading this week's installment of The Last Word—and to have access to Father Celatus’s work every two weeks—please subscribe to The Remnant.

[Comment Guidelines - Click to view]
The Remnant values the comments and input of our visitors. It’s no secret, however, that trolls exist, and trolls can do a lot of damage to a brand. Therefore, our comments are heavily monitored 24/7 by Remnant moderators around the country.  They have been instructed to remove demeaning, hostile, needlessly combative, racist, Christophobic comments, and streams not related to the storyline. Multiple comments from one person under a story are also discouraged. Capitalized sentences or comments will be removed (Internet shouting).
The Remnant comments sections are not designed for frequent personal blogging, on-going debates or theological or other disputes between commenters. Please understand that we pay our writers to defend The Remnant’s editorial positions. We thus acknowledge no moral obligation whatsoever to allow anyone and everyone to try to undermine our editorial policy and create a general nuisance on our website.  Therefore, Remnant moderators reserve the right to edit or remove comments, and comments do not necessarily represent the views of The Remnant.
back to top
Tweet
More in this category: « BUDAPEST, USA: Nazis, Commies and Democrats From Michael J. Matt to the Bishops of the World: For God's sake, Resist Francis to His Face! »