POPE ACCUSED of HERESY (Francis Trolls His Own Church) 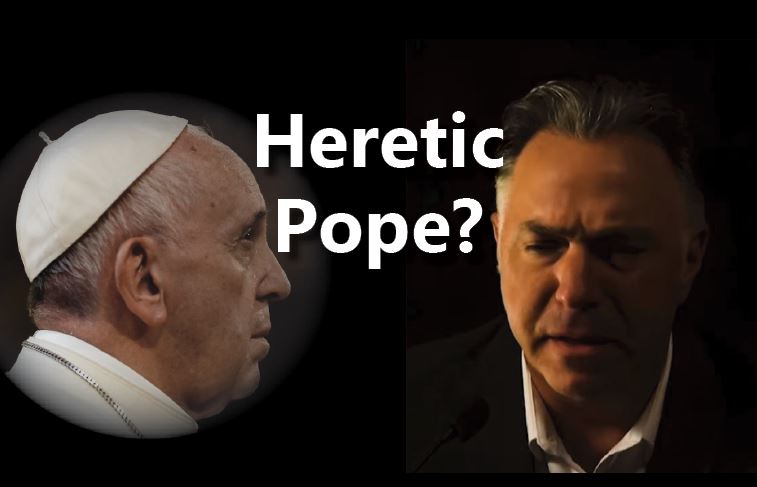 From the Remnant Editor's Desk, Michael J. Matt reviews the far-Left pontificate of Francis in light of a new international call to action from mainstream Catholic priests, scholars and theologians, begging the bishops of the world to confront the Pope’s heresy.

Meanwhile, one of the first orders of business for the new U.S. House of Representative was to try to strike "so help me God" from their oaths of office. What does this portend for our nation? And why—in the face of obvious and aggressive global apostasy—is Pope Francis more concerned about climate change and open borders than the end of Christianity in the modern world?

Plus, Michael makes use of a clip from an old Errol Flynn movie to show what the West has lost since it declared war on Christianity. (QUESTION: Can you guess which movie?)

Make a Tax-Deductible Donation to the Remnant Foundation:

[Comment Guidelines - Click to view]
The Remnant values the comments and input of our visitors. It’s no secret, however, that trolls exist, and trolls can do a lot of damage to a brand. Therefore, our comments are heavily monitored 24/7 by Remnant moderators around the country.  They have been instructed to remove demeaning, hostile, needlessly combative, racist, Christophobic comments, and streams not related to the storyline. Multiple comments from one person under a story are also discouraged. Capitalized sentences or comments will be removed (Internet shouting).
The Remnant comments sections are not designed for frequent personal blogging, on-going debates or theological or other disputes between commenters. Please understand that we pay our writers to defend The Remnant’s editorial positions. We thus acknowledge no moral obligation whatsoever to allow anyone and everyone to try to undermine our editorial policy and create a general nuisance on our website.  Therefore, Remnant moderators reserve the right to edit or remove comments, and comments do not necessarily represent the views of The Remnant.
back to top
Last modified on Saturday, May 18, 2019
Tweet

More in this category: « JORGE'S HEROES: The Dirty War and a Dirty Beatification FORGOTTEN HATE CRIMES: Martyred Catholics in China »