How Toxic Femininity Left Us All Isolated and Alone 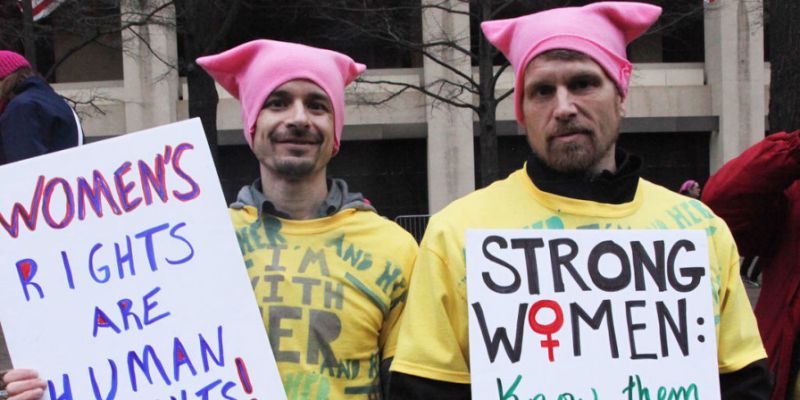 When can we start talking about “toxic femininity”?

The other day, before we all got distracted by that absurdist bit of manufactured political theatre in DC, apparently the Gillette company produced an advert that more or less insulted their entire customer base. (Well DONE, morons!)

I didn’t see it, but it’s not hard to guess. It was probably something like this: “7 Obsolete ‘Manly’ Skills and What to Replace Them With” Click it if you think you must, but in brief it says, “If you are manly, get rid of that toxic notion and become a woman.” If you’re handy about the house, fixing things, that’s toxic: learn to decorate.

If you’re willing to take a punch and get hurt defending your family, that’s toxic; learn to mediate, discuss and dialogue. If you’re a hunter and like the independence and enjoy being outdoors and feel pride when you kill an animal that will provide food for yourself or others, that’s toxic; learn to cook (learn to cook what, exactly isn’t mentioned. Presumably something involving soy). 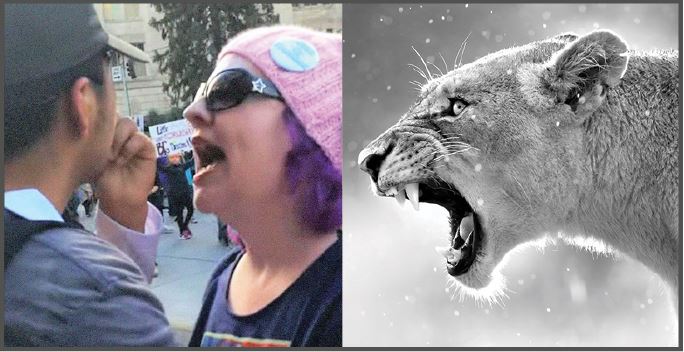 If you can fix and maintain your own car, that’s toxic; learn to write computer code. Learn, in other words, that as a man you are worse than useless, you are evil, destructive, “toxic.” Learn that no one wants a husband, a father or a protector because feminism has destroyed marriage and Modernity and the state provides us with everything.

The message is clear: all the things that men were good for before the Enlightened and Wonderful Era of Now are useless, superfluous and even dangerous.

Men are bad and need to become women.

I’ve fought feminism all my life, even before I knew what it was, even while being aware that I couldn’t help being influenced by it. From my earliest memories of my parents’ divorce, I knew something terrible was happening, something that HAD to be opposed, a matter of life and death.

Feminism, with its harlot-offspring the Sexual Revolution, is a cultural poison, an aerosolised moral and intellectual toxin introduced into the water system that gets soaked up by every blade of grass and distributed with every drop of rain.

We breathe it in, we eat and drink it every day. It is a mutagen, a virus that re-writes the DNA of the culture and the psychology of the individuals in it. It turns intelligent people into whimpering, lifelong professional victims, destroying minds and souls. It created institutionalised divorce, destroying marriage as a societal foundation, leaving us standing on sand.

It turned the few children who still had two parents into effective orphans, raising themselves and warning them never to marry, inoculating them forever against family life, against trust. Then it set about turning children first into commodities and now into prey. It has turned fathers into perpetual boys and mothers into assassins.

With regard to men, it’s finally telling them that they just have no place anymore as men.

It is presenting them with a choice: become women (that is, become willingly and eagerly subservient to the State) or go away.

The Sexual Revolution continues its gruesome mutations, and now that we’ve moved past the “do anything you want with your body parts with anyone you want” stage, we’ve got the “trans” movement that proposes there is no such thing as natural masculinity, as an in-built normal trait that has a specific function in human ecology. This has led to a passel of evils, but perhaps one of the worst was to tell men that they are useless.

Superfluous. As the vile article linked above put it, “obsolete.” 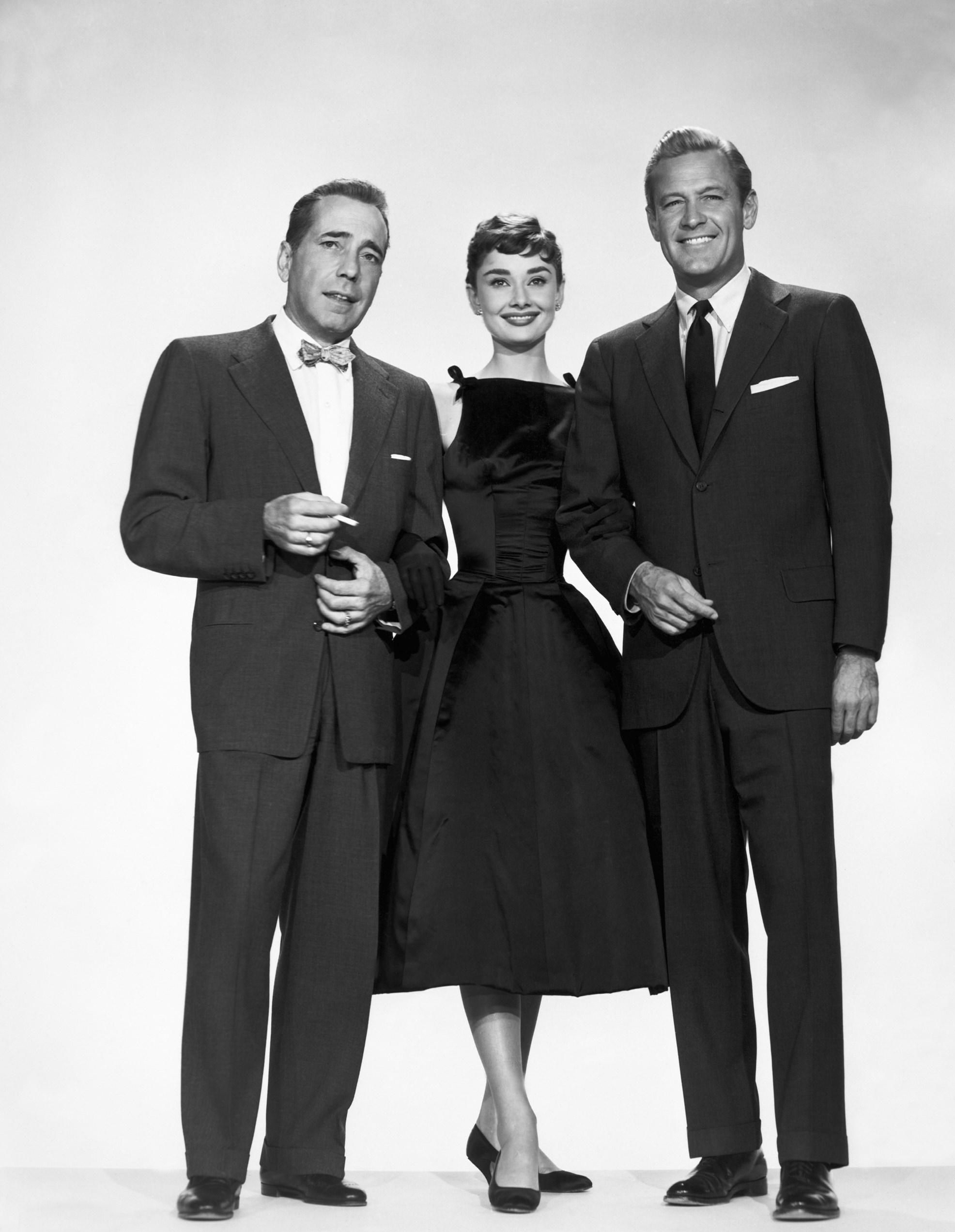 But like everything else Feminism and the Sexual Revolution – that for brevity’s sake I will now call the New Order – proposes, it is a lie. Women do in fact need men, and vice versa. The irony of the New Order is that women and children need protection from the state, from the ravages of the New Order itself. They need to be protected from the increasingly deadly and chaotic environment the New Order has created (as we saw this weekend with an American Catholic family now being threatened by a screaming mob of lunatics).

The New Order has told women that they can be “just as good as men” and can “do what men do.”

But the flip side of that is isolation, the atomisation of a society into an everyone-for-themselves mob. If women don’t need men, either for the traditional things like protection and provision or for the modern things like sexual and emotional gratification, then they will do it on their own – as the millions raised by single mothers since the 70s will attest. Men, with considerable justification, hear the message, shrug and use their manly skills to amuse and provide for themselves. Women are left not only to be both mother and father to their children, but wife and husband to themselves.

What is it all really about? Isolation. First they came for the “extended family” by destroying the land-based local economies that sustained families and small communities, forcing everyone into cities, breaking up family ties, leaving us in the 20th century with only the aptly named “nuclear family” isolated in their suburban pre-fabs. But the New Order has moved on, and now we’ve got the Feminist/Sexual Revolution eating eagerly away even at that.

What has it all accomplished?

Atomisation. Women are angry at and isolated from men, who are now enemies, and from each other by a sudden loss of sisterhood – no sisterhood can survive now that all women are competing with each other in a feral marketplace of education and work opportunities.

Men are angry at their fathers for abandonment, angry at their single mothers for failing to provide them with fathers, angry at and isolated from wives who no longer need them to be men, husbands and fathers; isolated from children who are being raised by the state school, the state-sponsored media, the device screens and a culture that shuts men, husbands and fathers out of meaningful purpose within the family.

Children, of course, are orphaned, isolated from each other because most of them no longer have siblings, and from their parents who have been rendered functional narcissists by the psychological warfare the culture visits on them all.

The result is the atomisation. This has been the goal looked for by the revolutionaries, the people who think the State must be all-in-all, the authors of the whole business. You can’t create a materialist utopia without first completely destroying the civilisation you mean to replace.

This article appears in the January 31st issue of The Remnant Newspaper. Read the rest online now by signing up for the Remnant E-Edition!

Who, specifically are these people? Who started it? It’s not that hard to discover, once you know where to look.

Guys, the chaos, the misery, the universal warfare, the reduction of our entire civilisation into the Hobbesian nightmare of the screaming Twitter Mob, is not a bug.

[Comment Guidelines - Click to view]
The Remnant values the comments and input of our visitors. It’s no secret, however, that trolls exist, and trolls can do a lot of damage to a brand. Therefore, our comments are heavily monitored 24/7 by Remnant moderators around the country.  They have been instructed to remove demeaning, hostile, needlessly combative, racist, Christophobic comments, and streams not related to the storyline. Multiple comments from one person under a story are also discouraged. Capitalized sentences or comments will be removed (Internet shouting).
The Remnant comments sections are not designed for frequent personal blogging, on-going debates or theological or other disputes between commenters. Please understand that we pay our writers to defend The Remnant’s editorial positions. We thus acknowledge no moral obligation whatsoever to allow anyone and everyone to try to undermine our editorial policy and create a general nuisance on our website.  Therefore, Remnant moderators reserve the right to edit or remove comments, and comments do not necessarily represent the views of The Remnant.
back to top
Last modified on Tuesday, February 5, 2019
Tweet

More in this category: « CLASH of the CATHOLICS: Davi Blasts Cuomo Abortion Act PELOSI and the POPE: Catholics of the New World Order »