American Muslims and the Assault on Western Christian Culture Featured 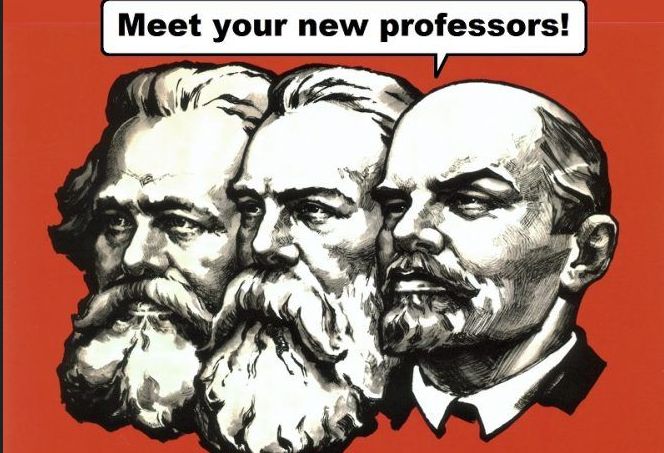 I find it fascinating to watch the praxis of our politically-correct multiculturalist establishment when it comes to Islam. You would think that those PC elites would be, at the very least, offended by the tenets of the Muslim religion, if not very wary of how orthodox Muslims have conducted themselves across the globe in recent years. Their insistent response to Islamic terror and violence has been, almost uniformly, to declare repeatedly that “Islam is a religion of peace,” and that such manifestations as ISIS and Al-Qaeda in Syria, North Africa, Pakistan, Afghanistan and elsewhere are aberrations which don’t represent the true doctrines of that faith.

Undoubtedly, there are some Muslims who do fall into that category of peace-loving, but they are certainly less obedient to the strict tenets of their faith than many of their co-religionists. After all, like Christianity, Islam is divided and subdivided into sects and branches. But orthodox Islam, if its tenets in the Qu’ran are to be taken seriously, is a religion that must advance, must spread its message, and must convert the “infidels,” or, barring that, suppress them, or at least suppress various modes of behavior inconsistent with Muslim dominance in any society that it controls.

Since the days of Gamal Abdel Nasser in Egypt and Ahmed Sekou Toure’ in Guinea, there has been a Marxist interest, even fascination, with anti-colonial and African and largely Islamic “liberation” movements—and the possibility of utilizing them. Indeed, since the Bandung Conference (1955) and throughout the 1960s and 1970s, Moscow made attempts to associate its Communist doctrines with anti-Western liberation. In particular, socialist-inspired economic “dirgisme,” or state control of the economy, was pressed throughout the “Third World.” Religiously, “liberation” efforts, involving socialist policies and structural revolution, were notably successful in Latin America with CELAM (the Latin American Episcopal Conference) which served to subvert the largely Catholic thinking of elites below the border.

But, while the interests of Moscow were directed mainly at securing allies and continuing the cold war struggle against the West and at establishing authoritarian states and controlled economies allied with the Soviet brand of Communism, a second generation of post-Communist Marxists—the cultural Marxists—understood and emphasized much more the essentially racial and cultural importance of the struggle. While not neglecting economic questions, cultural Marxists possessed a near religious and universalist zeal which targeted specifically white European-American Christian civilization and history. Race became an underlying and central factor used by cultural Marxism.

As earlier Marxist revolutionaries such as Frantz Fanon (in his benchmark work of anti-colonialist ideology, The Wretched of the Earth, 1961) preached sixty years ago, the latest phase of Marxist warfare against the “West”—the extension of Marxist theory—is a cultural war of revolution against the “oppression by the historic colonial powers.”  And these “powers” are composed of white European and American Christians who have a long history of persecuting minorities, enslaving them, and depriving them of equality, of their “rights.” Fanon’s theorization and the widespread cultural and educational legacy of other significant Marxist thinkers, including the influential Frankfort School and Michel Foucault, have been incredibly profound not only in American academia, but also in the media and in Hollywood, and in shaping and limiting the parameters of the political dynamic and outlines of political conversation in both America and in Western Europe. 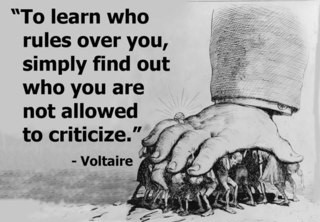 No matter their origin or their views, as American Muslims are a non-white, non-European minority in a majority white, majority Christian country of majority European-descended citizens, they are immediately associated with other “oppressed” ethnic and religious peoples, specifically American blacks and, especially, illegal Hispanic immigrants. Thus, they are positioned and encouraged to assault the “camp of the saints,” to use novelist Jean Raspail’s famous dystopian terminology— thus, they become part of the new “Elect,” whose role it is to assist in overthrowing the dominant Christian Europeans, and displacing them. In effect, despite the blatant terror and violence that the more consistent and faithful of their number commit, they can do no wrong, they are exempt from most of the withering criticism directed at the so-called “white nationalists,” or “white supremacists,” those “racists” and “bigots” who would seek to preserve the historic society in which they live, the historic Western Christian civilization they have inherited.

In recent months the Mainstream Media have reported on several instances of “violence and hatred” directed at peaceful American Muslims. Each occasion is relayed excitedly by television and the Internet as just one more example of the white/European/Christian/far-right/fascist/Neo-Nazi/and so on, bigotry and prejudice which must be extirpated and cleansed from the nation. Then, as light follows night, come the voluble expressions and desires for “peace and love and brotherhood and dialogue”—of course, on bases and on a template pre-determined by the advocates of ideological multiculturalism and cultural Marxism.

Although spread about recklessly by such ideological manufacturers of “hate” as the Southern Poverty Law Center (SPLC), many of these accusations turn out to be fabricated or exaggerated. Nevertheless, they serve a purpose: once uttered and broadcast in tones of horror and disgust by the Mainstream Media, they are seldom corrected or modified when proven wrong. But they continue and bolster the narrative of a massive campaign by hateful “nativists” and “far rightists” who ignorantly and maliciously are “coming after” those poor, downtrodden examples of peace and believers in equality and brotherhood. A recent TV ad in the Virginia gubernatorial campaign sponsored by a group named Latino Victory exemplified this view: a white bearded man, driving a pick-up truck, flying a Confederate Battle Flag and sporting a “Don’t Tread On Me!” bumper sticker, is seen chasing down poor Hispanic children, who shout with terror in their voices: “Run for your lives!” Just another example of the longstanding narrative expressed by Frantz Fanon and a hallmark of the cultural Marxist assault on the historic West.

Earlier this Fall, in Raleigh, there was a widely-reported incident of “hatred” directed at Muslim Americans, or, rather, at a Muslim American running for an at-large seat on the Raleigh City council. The election was Tuesday, October 10, and Pakistani-born Muslim woman Zainab Baloch was the candidate. As reported by both print and broadcast media, on Friday, October 6—four days prior to the election—she claimed that vandals spray-painted one of her election signs with the words: “Sand Nigger,” followed by a swastika, and then “Trump.” Since then for the days leading up to the election, on every news cast and continually via the web and print media, Baloch and her supporters were interviewed, a local artist painted a new sign for her, and the candidate was granted ample time to explain on-air in lugubrious terms how this event had been “hurtful and traumatizing.” Her campaign quickly released a widely-publicized statement declaring: “Nobody should feel persecuted for their race, religion, beliefs, or gender identity. We must open a dialogue and discuss how we can do better as a city in protecting our marginalized communities.”

Can anyone envisage the same thing happening if this had happened to a traditional Catholic candidate for city office?

And am I the only one who finds this whole episode to be a bit suspicious? Let me state, that if such an incident did take place, that it was wrong and the vandal or vandals, if caught, should be prosecuted. But the timing just four days prior to an election to which most people were paying no attention, the specific wording used to express the “hate” message, and resultant coverage, just didn’t ring completely true to me. At the very least they engendered suspicions and doubts.

No doubt there are a few nut cases around who are capable of such expressions—there are thankfully only a few Dylan Roofs in our midst—but why the juxtaposition of “Trump” and the swastika? Is this not the standard ideological narrative of the most extreme Trump haters and of cultural Marxism, itself, to link Donald Trump with the Nazis and Hitler?  How many Trump supporters, or for that matter, how many convinced “Nazis” would think even remotely about conjoining such words, and with a swastika!? However, if I were a Leftist multiculturalist wanting to paint a picture of my supposed opponents—President Trump, all those millions of perceived white supremacists and enemies over on the far right—how better to do it than by such an example that links Nazis and Donald Trump?!

But would a real far rightist, a dedicated opponent, actually scrawl that on Baloch’s large political sign? I really have my doubts. Or, was this just possibly an election stunt engineered to gain oodles of free publicity and potential sympathy right before an election where a candidate’s name—amongst seven running for an at-large seat—had hitherto gained almost no notice?

As I stated, if this was an act of vandalism, then the perpetrator or perpetrators should be found and prosecuted. But, still, something here for me doesn’t pass the smell test.

As noted Syrian-born Jesuit scholar, Fr. Henri Boulad—whose scholarly examination of Islam should be digested by all American political leaders—has stated: “Islam is an open-ended declaration of war against non-Muslims.” Our cultural Marxists may think they are using it to destroy the West (which they are), but they should remember what happened to the 100,000 Soviet troops once stationed in Afghanistan, or, even more, the massacres of hundreds of thousands of Indonesian Communists decades ago by Muslim insurgents…Muhammed will never cede his place to Marx or Trotsky.

And in the end, whether real or just a stunt, the voters in Raleigh rejected Baloch, and she came in near the bottom of the candidates running for the at large seat.

[Comment Guidelines - Click to view]
The Remnant values the comments and input of our visitors. It’s no secret, however, that trolls exist, and trolls can do a lot of damage to a brand. Therefore, our comments are heavily monitored 24/7 by Remnant moderators around the country.  They have been instructed to remove demeaning, hostile, needlessly combative, racist, Christophobic comments, and streams not related to the storyline. Multiple comments from one person under a story are also discouraged. Capitalized sentences or comments will be removed (Internet shouting).
The Remnant comments sections are not designed for frequent personal blogging, on-going debates or theological or other disputes between commenters. Please understand that we pay our writers to defend The Remnant’s editorial positions. We thus acknowledge no moral obligation whatsoever to allow anyone and everyone to try to undermine our editorial policy and create a general nuisance on our website.  Therefore, Remnant moderators reserve the right to edit or remove comments, and comments do not necessarily represent the views of The Remnant.
back to top
Last modified on Sunday, November 12, 2017
Tweet