"It is not permitted that the faithful should themselves pick up the consecrated bread and the sacred chalice, still less that they should hand them from one to another."  - Pope John Paul II, Inaestimabile Donum (April, 1980) -

The Church teaches that Christ’s Body and Blood, Soul and Divinity are present in the Blessed Sacrament. There are many Martyrs who gave their lives rather than deny this teaching. Any self-respecting Catholic knows this. There really ought to be no question about how Holy Communion should be received, and that is: on the tongue whilst kneeling.

What’s Wrong with Communion in the Hand?

On November 30, Pope Francis gave an address upon conclusion of the Divine Liturgy celebrated by Ecumenical Patriarch Bartholomew I at the Orthodox Church of St. George in Istanbul. In this address, Pope Francis stated his belief that the restoration of the Orthodox to “full communion” “does not signify the submission of one to the other, or assimilation.” This is patently false. As any Catholic should know, refusal to submit to the authority of the Catholic Church puts one outside of Her. And if one is outside of the Church, one certainly cannot be in “full communion” with Her.

Before the age of pontiffs who put human respect for heretics and schismatics above respect for God’s Truth, there lived a different breed of Catholic. One who was capable of grasping the simple logic that two contradictory belief systems could never be reconciled. He understood that no amount of praising a heretic, no amount of dialoguing with a heretic, and no amount of doing good works with a heretic could ever make the heretic’s error one bit closer to being true.
Friday, December 5, 2014

Why Ecumenism is Solemn Nonsense 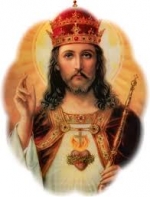 On 11 December 1925, Pope Pius XI promulgated his encyclical letter Quas primas, on the Kingship of Christ. The encyclical dealt with what the Pope described correctly as "the chief cause of the difficulties under which mankind was laboring." He explained that the manifold evils in the world are due to the fact that the majority of men have thrust Jesus Christ and His holy law out of their lives; that Our Lord and His holy law have no place either in private life or in politics; and, as long as individuals and states refuse to submit to the rule of our Saviour, there will be no hope of lasting peace among nations. Men must look for the peace of Christ in the Kingdom of Christ—Pax Christi in Regno Christi.

What is the Kingship of Christ? 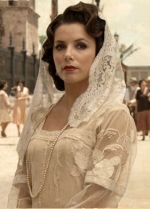 In his letter to the Corinthians, God reveals through St. Paul that a woman must cover her head when she prays:

Every man praying or prophesying having his head covered dishonors his head. But every woman praying or prophesying with her head uncovered dishonors her head; for she is one and the same with a woman who has been shaved. For if a woman is not covered, then she should have her hair cut off; for if it is shameful for a woman to have her hair cut off or to be shaved, then she should be covered. But a man should not have his head covered, since he is the image and glory of God; but the woman is the glory of man. For the man is not of the woman, but the woman of the man. For the man was not created for the woman, but the woman for the man. Therefore ought the woman to have a power over her head, because of the angels (1Cor 11:4-10).

Why Do Women Cover Their Heads in Church?

We have all heard the arguments from liberals and Neo-Catholics alike as to why saying Mass in Latin is a preposterous and antiquated idea. They tell us that nobody understands Latin anymore, that it is a dead language, and that there is absolutely no merit in keeping it in the liturgy. In the following text from 1919 the Rev. John Francis answers these arguments, except in his day the arguments were coming from those outside the Church. Yes, it is true that Fr. Sullivan wrote the following explanations to equip Catholics with ready answers to give their non-Catholic friends. How times have changed!  I give you Fr. John Francis….Chris Jackson

(Chapter XIX of the book The Externals of the Catholic Church (1919) written by the Rev. John Francis Sullivan.)

THE official language of our Church is Latin. It is used in her services in the greater part of the world. It is employed in nearly all the business correspondence of the Holy See. Encyclicals and briefs of Popes, decrees of General Councils, decisions of the Roman Congregations, acts of national and provincials councils, synodal regulations of dioceses – all these are expressed in the ancient tongue of Rome.

Why Is the Mass Said in Latin?