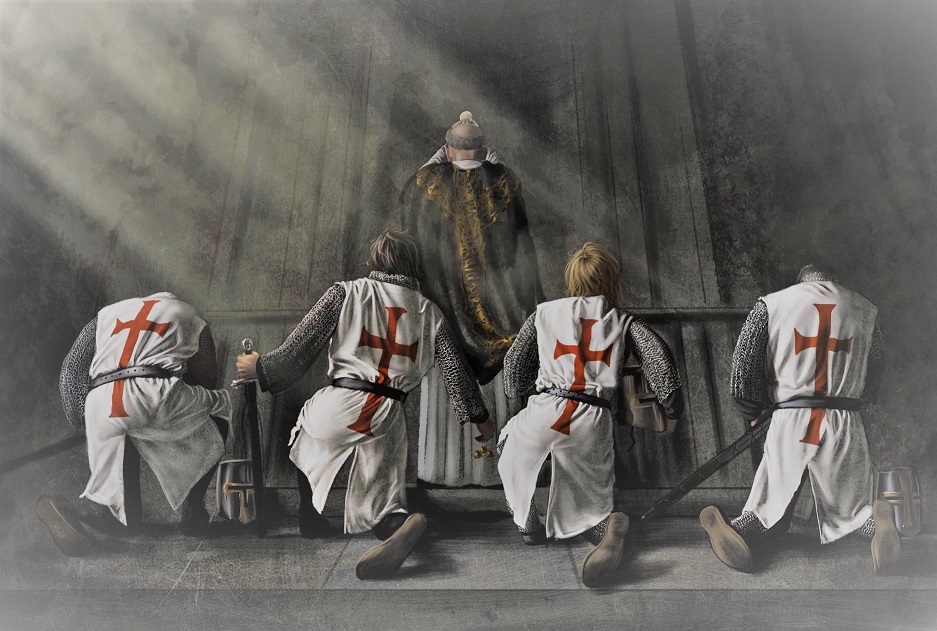 Good News for the CIC, Thanks to Trump

On September 14, a Trump-appointed federal judge ruled that Pennsylvania’s Democrat Governor Tom Wolf’s draconian coronavirus measures—which shut down the state, closed businesses and dramatically limited gatherings—were unconstitutional per the 1st and 14th Amendments. The judge’s decision applies to everyone in Pennsylvania and means the stay-at-home order can never be repeated.

This, quite obviously, will have national ramifications.

U.S. District Judge William S. Stickman IV, who was appointed to the bench in 2019, wrote a 66-page opinion arguing that “even a vigilant public may let down its guard over its constitutional liberties only to find that liberties, once relinquished, are hard to recoup and that restrictions — while expedient in the face of an emergency situation — may persist long after immediate danger has passed.” 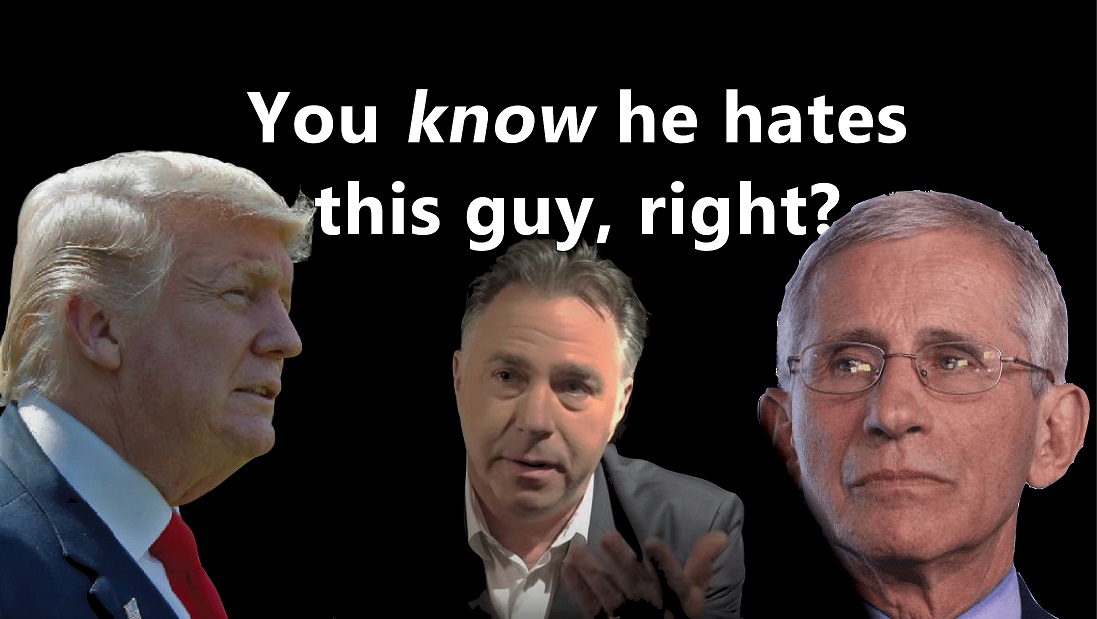 Fauci outs himself as a full bird globalist, papal advisor Jeff Sachs goes full on pro-abort, and Japanese sports fans go robotic. But Trump’s still trailing in the polls, thanks to the Never Trumpers.

Kinda done with these sanctimonious virtue-signalers. Aren’t you?

“Fr. Cekada died peacefully this morning, surrounded by prayer, and well fortified by the Sacraments of the Church. Please remember this good and generous priestly soul in your prayers. The funeral is scheduled for Thursday morning, with the wake Wednesday evening.”

We at The Remnant would like to request prayers for the repose of his soul. Although Fr. Cekada disagreed with The Remnant on some very important issues, we always found him to be a fair-minded truth seeker and someone with whom it was a pleasure to have principled debates, for example, the Great Debate of '98 between Fr. Cekada and Michael Davies, and later debates in The Remnant with Fr. Brian Harrison.

THE NOVEMBER ELECTION: The City of God vs. the City of Man

In this Sunday Sermon from So. Saint Paul, Father takes us back to St. Augustine, whose greatest work is as relevant right now as it has ever been.

Augustine lived in the last days of the Roman Empire, and he fought to preserve order and the rule of law--against the advance of the pagan barbarians--for as long as possible, even though the Empire itself had not yet embraced Christianity.

AMERICA TO BOYCOTT NFL: A Letter from an Old Soldier 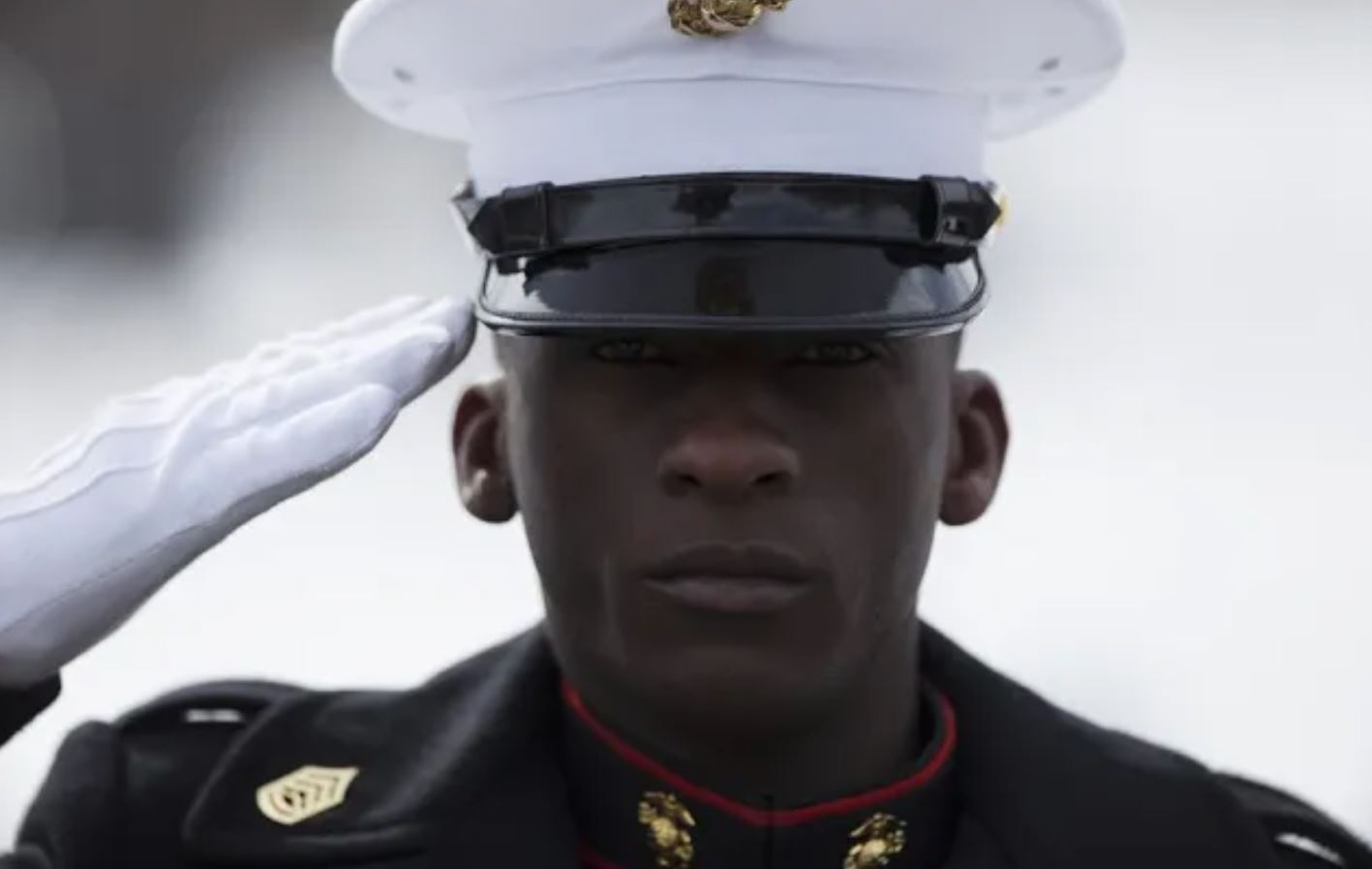 As the 2020 NFL season gets underway, Michael J. Matt reads an open letter written in 2016 by retired Marine Col. Jeffery Powers to NFL commissioner Roger Goodell, which has recently reappeared on social media.

Powers is a decorated veteran of the Gulf War. He retired from the U.S. Marine Corps achieving the rank of Colonel, and his letter resurfaced after the NFL announced plans to sanction kneeling for the anthem during the 2020 season.

Over the past twenty years, many patriotic Americans, including our team here at Remnant TV, have expressed concern and even opposition to the Neo-con foreign policy agenda of previous administrations. We support President Donald's Trump efforts to bring our troops home from conflicts that do not serve our nation's interests. 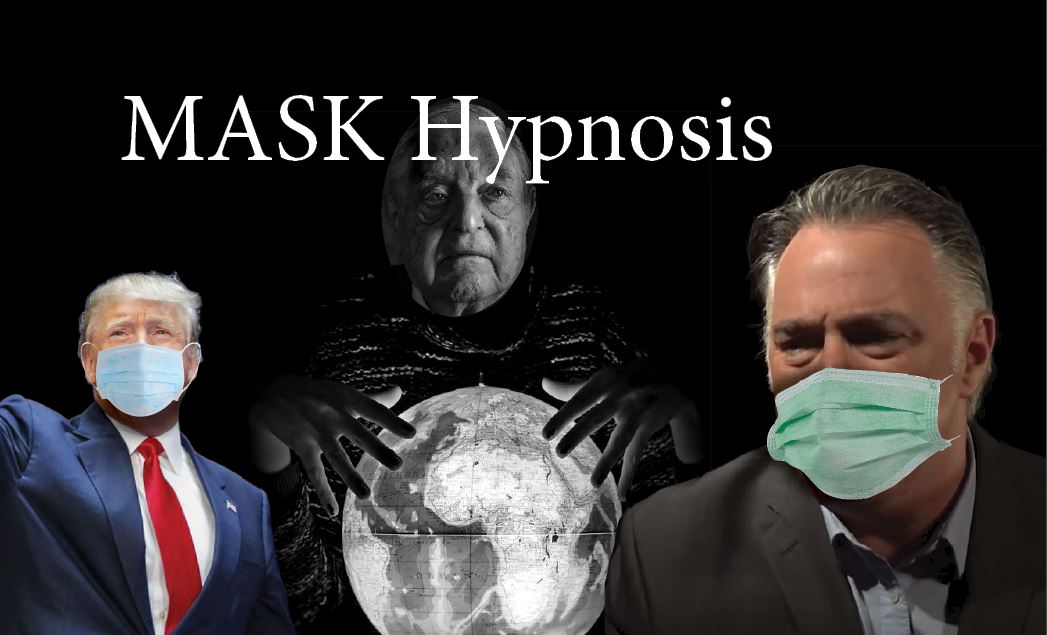 With the election just two months out, Michael J. Matt takes a look at good news and bad: 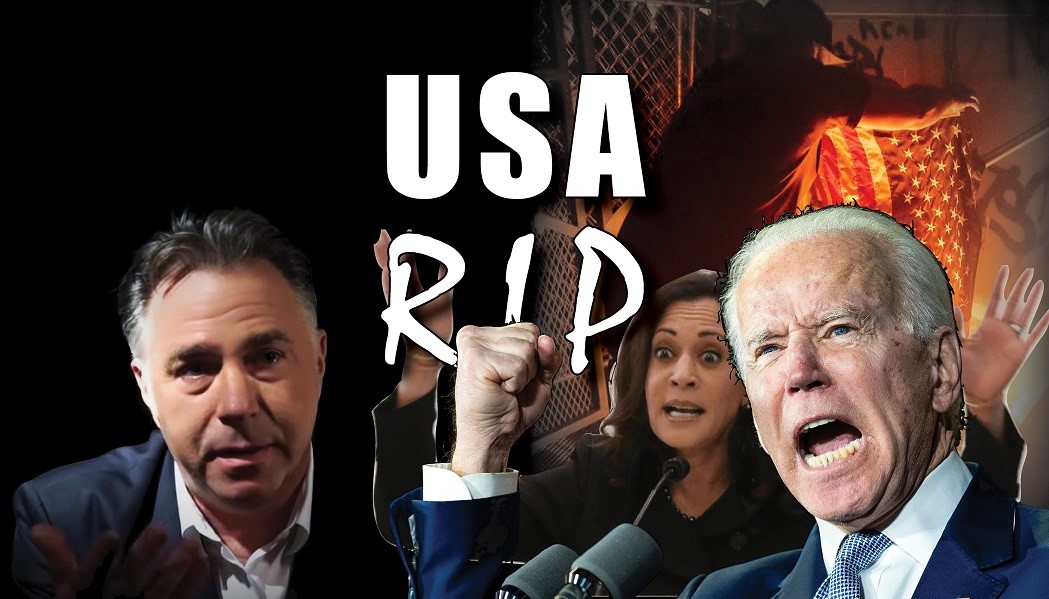 This Week on Michael J. Matt’s ‘From the Editor’s Desk’: 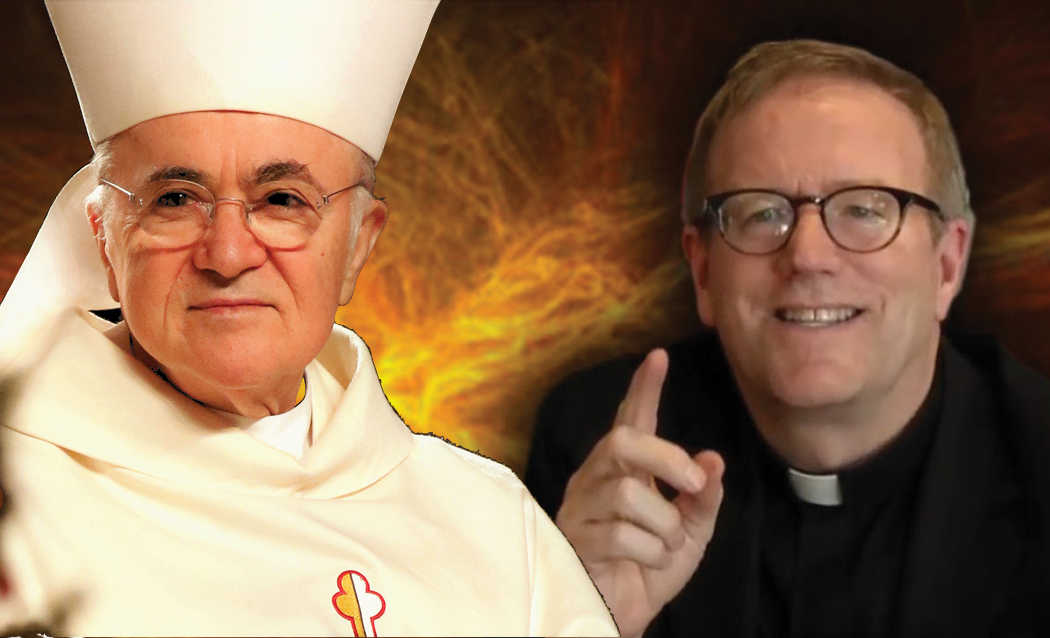 Perhaps you’ll find this interesting. As you know, Bishop Robert Barron is certainly not the worst bishop in the US. I have benefited from some of his lectures in the past and do not wish to call into question his sincerity. That said, I find his recently-posted position on Vatican II, as laid out in some detail here, to be problematic on many levels.

I have no idea whether or not the launching of this initiative had anything to do with your own recent letters on the subject, but it does strike me as a not-so-veiled attempt to disqualify (if not vilify) traditional Catholic resistance to the disastrous and non-binding novelties of the Second Vatican Council.

THE GREAT RESET: Davos & the Plot to Cancel Trump 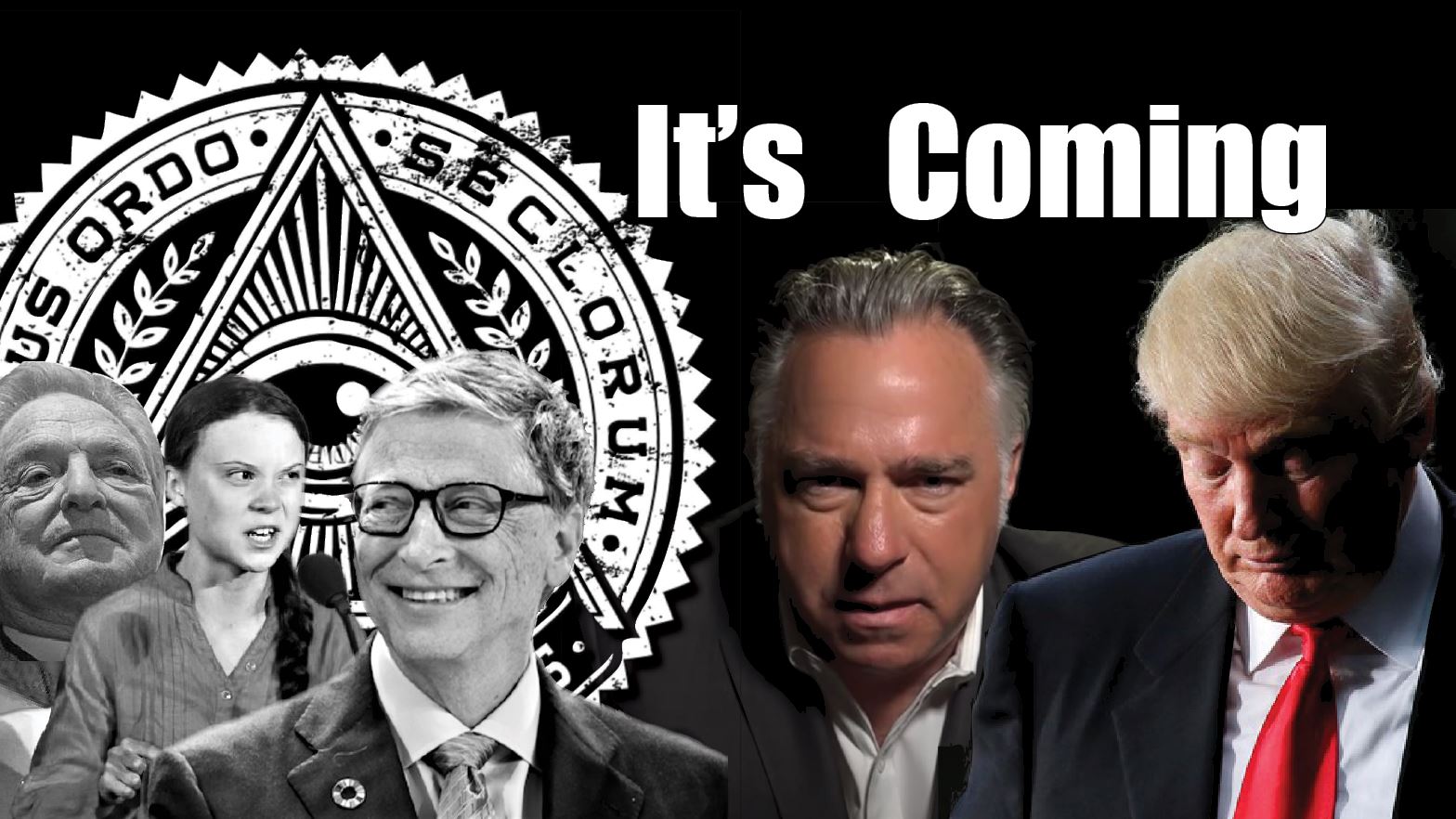 From the Editor’s Desk, Michael Matt takes a look at some good news regarding the Covid recovery rate before he explores what’s really going on with the global pandemic.

To understand what’s really happening here, he takes us to Davos, Switzerland—to the World Economic Forum—where the movers and shakers of the world have been meeting on a regular basis, especially since January 2020, to discuss the “opportunity” for a ‘global reset’ at the Davos 2021 Summit. 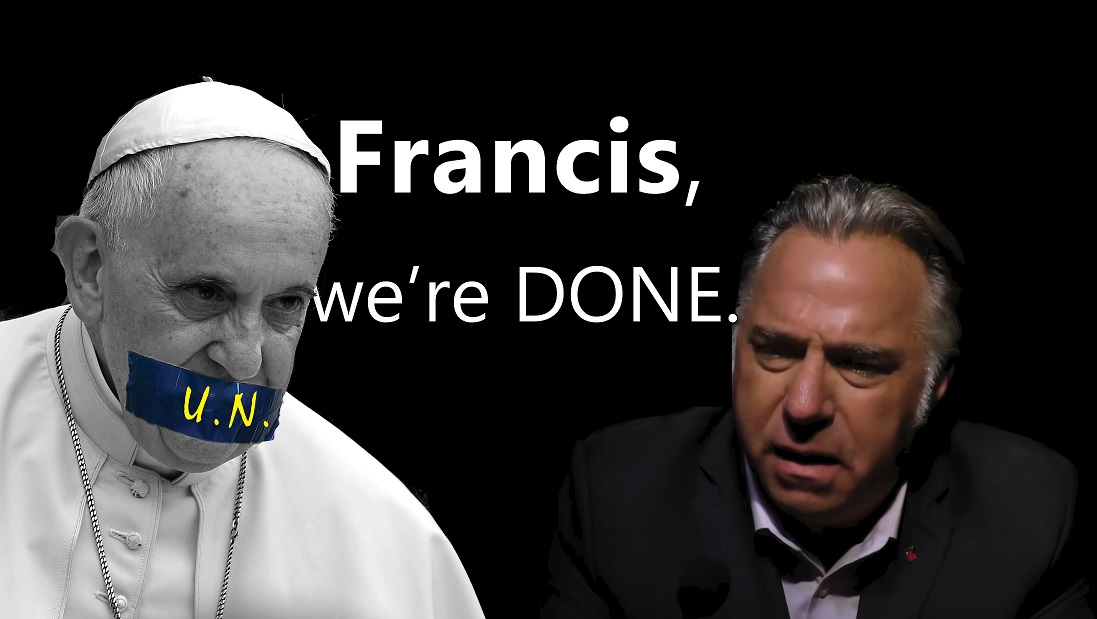 NEW NORMAL UPDATE: Priest calls the cops on his parishioner for not wearing a mask. (You won't believe what happens next.)

Congratulations to Father Jonathan Morris, Fox News religion analyst. Thanks to a special dispensation from Francis, young Jonathan is getting married!

From The Editor's Desk, Michael takes a closer look the moral, spiritual and economic lockdown of America and asks probing questions about what's really going on. For example, as the number of Covid deaths declines dramatically why are masks becoming mandatory now when, back in April--when there were 3,000 deaths per day--masks were optional?

Published in Remnant Articles
Tagged under
Read more...
Page 1 of 254