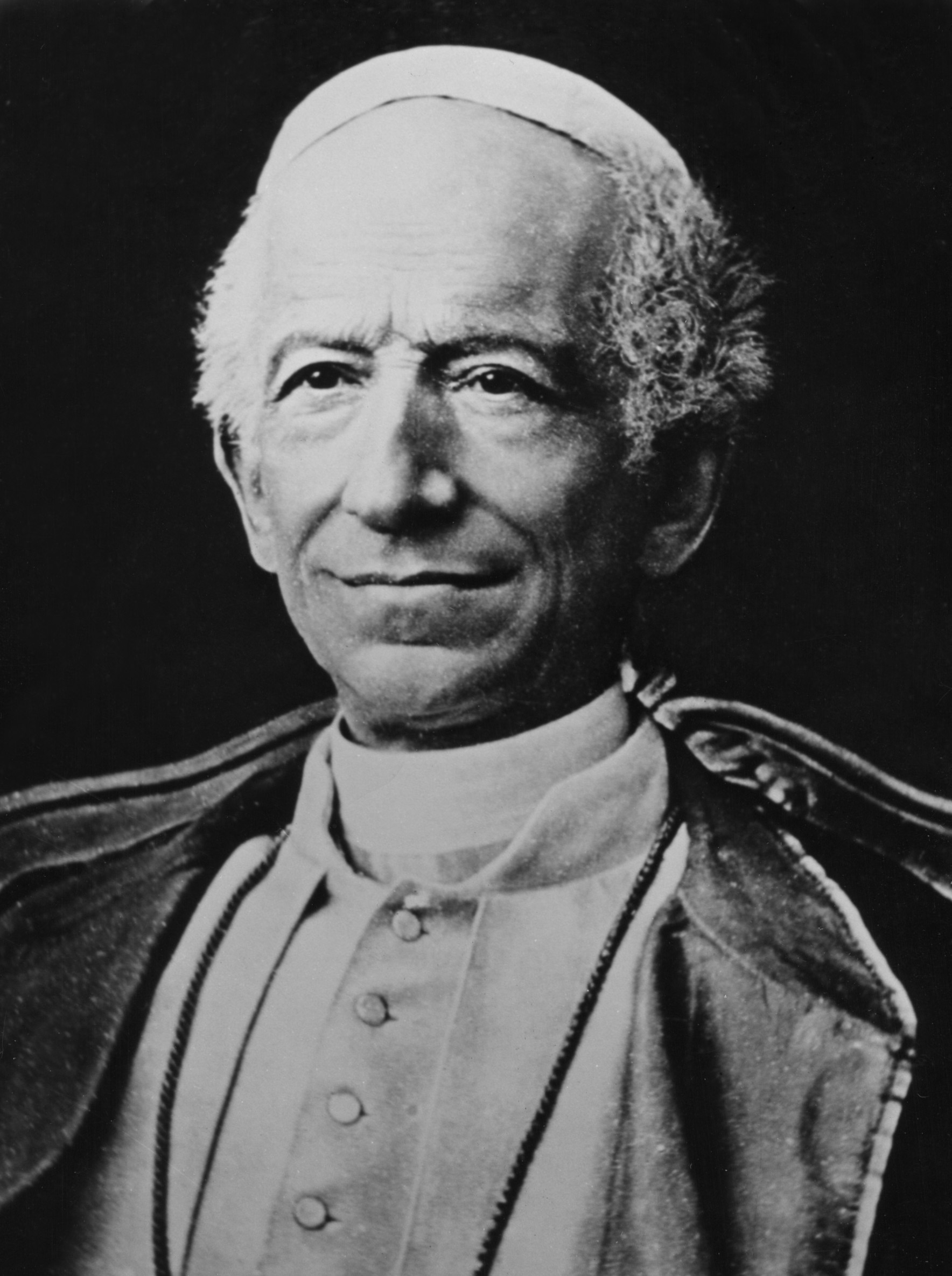 When I first started investigating what was really going on in the Church, I was surprised to discover that our difficulties dated to well before the 1960s. I read such luminaries as Cardinal Newman writing in the 19th century against “liberalism.” It was a revelation that Catholic leaders had been warning for more than a hundred years against what I was seeing all around me. I was also surprised, given the habitual verbose opacity of modern prelates, to see how simple, forthright and understandable these pre-Conciliar popes were. It is some inspiring, and given our current troubles, comforting and encouraging stuff to read.

Testem Benevolentiae Nostrae is the letter from Pope Leo XIII to James Cardinal Gibbons, archbishop of Baltimore, warning against what the pope called “Americanism,” and certain trends of thought that he feared would undermine Catholic confidence in the Church’s authority. It can be seen now that his fears were well founded, and can at least reassure us that our troubles are not new, and did not appear ex nihilo from Vatican II.

The fact that there were voices within the Catholic Church of the US in the late 19th century calling for the same things that we see Pope Francis and his pals actually installing today, shows you that we’re still on the same path, fighting the same war that has been going on for hundreds of years. And Pope Leo’s responses will give us weapons to fight.

Of Clowns, Cartoon Villains and the Social Reign of Christ the King

Not being an American myself – and being perennially confused by your byzantine and apparently interminable electoral processes (for heaven sake, people! everyone else gets it over with in five weeks!) –
Published in Catholic Social Teaching
Tagged under
Read more...

Saved by the Error of Martin Luther 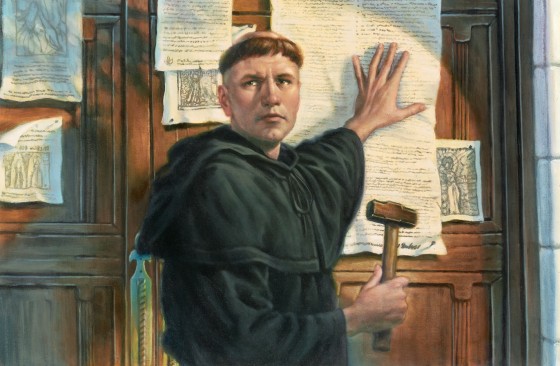 I have been wondering why the Kasper/Amoris Laetitia Proposal has prompted such a deep feeling of loathing and disgust. This response has for me been at a gut level, and I have been trying to understand it. Today I think I figured it out.

Many years ago, when I was studying the Faith, I came to an extraordinary realization that changed the direction of my life forever. I had already started taking seriously the moral law, but immediately began to see the admonition of Christ to “be perfect as my Father in heaven is perfect” (Mt. 5:48) as a calamity. If Jesus requires such absolute perfection from me, my chances of heavenly beatitude were slim indeed! I came close to despairing and nearly gave the whole thing up.

Nothing New Under the Sun: A Pirate is Still a Pirate

Let me ask a question with a hypothetical situation.

Once upon a time, there was a small town, somewhere on the Mediterranean, that was threatened with extinction from constant raiding by wicked and ruthless pirates. Fed up with their fear and losses, the town hires a security company to protect them. The situation goes on for years and years, with the pirates not giving up, constantly attempting to assault the town, but the security company turns out to have been a good investment, and manages to hold them off. There is a standoff, but at least the townspeople in this situation of relative interior peace can start to rebuild their lives, and even start to flourish.
Published in Fetzen Fliegen
Tagged under
Read more...

Does No One Care About the Pope's Immortal Soul?

The other day, something in me cracked, and I posted to the Pope’s own Twitter feed, @pontifex, a call that the Holy Father, the Vicar of Christ, repent of his blasphemies.

I’m going to start doing this every day. It has been a shout that has been growing in my mind for some time, and one that has finally boiled over. We have been subject for three years to this Pope telling us that he believes himself to be above the Law of Christ, that he has the special ear of “the Spirit” to try to overturn the Law of Christ. He has proposed “conflict” between the Commandments, and even opposition between the very Persons of the Holy and Undivided Trinity. 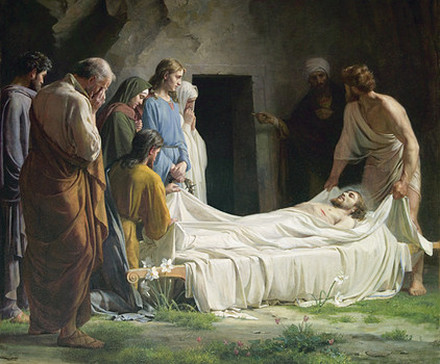 Why do the ungodly hate believers so much? Because anyone who asserts that there was a Man who came back from the dead, and that following and obeying Him will lead us out of the grave, is a rebuke to them.

Sometimes the Bible is useful for more than just incensing at Mass.

In his homily on Ps. 63 that is set as the reading for the second Nocturn of Matins for Good Friday, St. Augustine tells us the reason the Pharisees and leaders of the Temple hated Jesus and wanted him dead.

Not Your Grandmother's Missionaries of Mercy

A while back I did a thing on my own mean and nasty blog about how the whole Missionaries of Mercy thing is a sham and a publicity stunt.

"If you just took the word of the official propaganda of the regime … you would imagine pretty easily that there must be lots and lots of these fancy sins, and that until Perp Francers priests mostly just molested teenagers and extorted money out of little old widows in exchange for imaginary indulgences.

In Praise of Inconvenience: Why We’re All becoming Fat, Lazy, Stupid and Immoral

Many years ago, I had a young friend who owned a car. It was a Japanese compact that was pretty fuel-efficient for its day (the early 80s) and served the needs of a city dwelling teenager quite well. One day, after I had come back from a trip across the Georgia Strait to Vancouver, I was talking with my friend about the Big City’s growing smog problem. The newspapers said it was because of a sudden explosive growth of the number of cars, privately owned automobiles, on the city’s streets. When I mentioned this to my friend, and suggested that he might not want to be a contributor to this problem he shrugged.

The Pope and the Baby Killer

In 2010, after I had lived in Italy about two years and had begun to understand the byzantine complexities of this country’s politics, Emma Bonino decided to run for the office of governor of the region of Lazio. Once I found out what kind of person she was, I was seized with the urge to buy a crate of spray paint and go around Rome writing, “10,000 bambini assassinati non abbastanza per Emma ‘la Bicicletta’ Bonino,” on all her posters. “10,000 murdered babies not enough for Emma ‘the bicycle’ Bonino.” I thought of it every time I got off the train at St. Peter’s station in Rome where her face was plastered on nearly every surface. Somehow, I was disuaded from this course of action, and now I wish I had done it. Instead I wrote a few articles about her, and what she stood for, by way of an introduction to English speaking pro-life readers.

The Internet: Alpha and Omega to a Brave New World

“For the time will come when they will not endure sound doctrine; but wanting to have their ears tickled, they will accumulate for themselves teachers in accordance to their own desires, and will turn away their ears from the truth and will turn aside to myths…” 2 Timothy 4:3

In the late 90s, just before I left Vancouver and West Coast secular leftism forever, I had a conversation with a friend who told me to watch carefully the progression of this new thing that was coming; World Wide Web, and what it was going to do to our civilisation. This was 1995, and he predicted that it would be a bigger game-changer than Gutenberg’s press, bigger than the steam engine, bigger than the telephone, even than television. And he was right.

Published in Fetzen Fliegen
Tagged under
Read more...
Page 8 of 12