With his ominous looking goatee, shaved head, forearm tattoos and 6’8” frame, Pennsylvania Lt. Gov. John Fetterman looks like he belongs at the end of the Philadelphia 76ers’ bench.

However, basketball isn’t his game.

Rather, Fetterman has been doing a lot of tacit dribbling throughout the Commonwealth on what he calls “a listening tour” on the legalization of “recreational” marijuana.  The town-hall type meetings have been proceeding non-stop since February with its goal of visiting all of the state’s 67 counties by mid-June.

Last Wednesday evening, that tour brought Fetterman to the 2nd Street Community Center in Northumberland.  In reality, this “listening tour” was over before it began and is simply a campaign for the impending legalization of marijuana.

Anyone familiar with the issue will tell you that when Gov. Tom Wolfe signed legislation legalizing medical marijuana back in April 2016, it was just a matter of time before Pennsylvania joined the other 10 states that have legalized both medicinal and recreational usage.

The only surprise is that it took this long to get the pot train moving along its well-greased tracks.

Fetterman claims he is unbiased and has no “pre-arrived-at conclusions,” but a striking one-minute video complied by the Pennsylvania Family Council proves otherwise, highlighting statements that he is steadfast about legalization:  https://pafamily.org/2019/04/fettermanconclusion/.   Fetterman is as raw as he is tall. He insists, “My expression is let’s go full-on Colorado in Pennsylvania. We’re arguing about @#$&ing marijuana.” 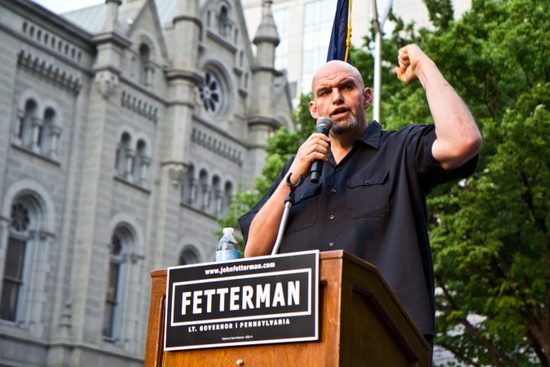 Facts are certainly stubborn things and according to the Denver Post and the Institute for Families, going “full-on Colorado” produces a plethora of problems. Since legalization, the crime rate in Colorado has increased 11 times faster than the rest of the nation. Colorado’s Bureau of Investigation reports an 8.3 percent increase in property crimes and 18.6 percent increase in violent crimes, while traffic deaths involving drivers who tested positive for marijuana more than doubled.

A study by the Colorado Division of Criminal Justice found of the 4,000 drivers tested for marijuana in 2016, 73 percent were found to have the drug in their system.  Presently, Colorado holds the top spot for first-time marijuana use among youth in the country with more retail marijuana stores than Starbucks and McDonalds combined.

In the DuBois Courier-Express, Dush said he did his own “16-year listening tour,” while working for the Department of Corrections as a correctional officer.  Dush called marijuana “a stepping-stone drug and possible cause of mental health issues.”  Northumberland County Rep. Kurt Masser had no comment and State Senator John Gordner did not respond to my inquiry.  Here’s hoping that these two consistent conservatives are not sliding down that weed-filled rabbit hole.

All the drug and alcohol and law enforcement professionals I know agree with Dush and if that in itself isn’t a full-staffed red flag, what is?

Not only are marijuana users more likely to start using opiates, but the National Academy of Medicine reports that using “is likely to increase the risk of schizophrenia and other psychoses; the higher the use, the greater the risk.” Between 2006 and 2014, emergency room visits for marijuana-induced psychosis tripled to 90,000. 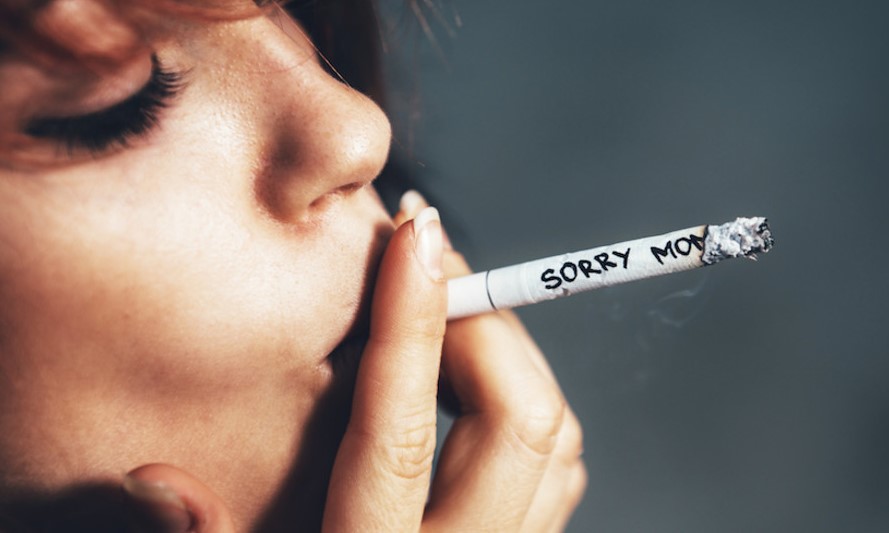 It is stone-cold crazy that legalized marijuana is becoming a reality.  Led by organizations like the National Organization for the Reform of Marijuana Laws (NORML), pot propagandists have been operating for over a half century to convince anyone who would listen that marijuana is harmless and healthy. Nationwide, folks like Fetterman and their political allies are doing everything they can to paint lipstick on the pig of drug addiction, while selling out for another revenue stream for state governments.

According to the Taxfoundation.org, the state of Washington levies a 37 percent sales tax. Leave it to politicians to be greedier than dope dealers. The growers, distributors and smokers have no say, which is clearly a case of taxation without inhalation.

There are plenty of folks who would have you believe that marijuana is not an addictive drug.  However, the politicians that are hooked on the tax dollars it brings to their state coffers, tells a far different story.

Legalization, they claim, would end the illegal marijuana trade, but because of state taxes, adding to the cost, the illegal drug industry will endure and continue to profit as they will be able to undersell the competition while remaining tax free.  The only difference between those lawmakers like Fetterman, who support its legalization and the dealers on the street, is that the dealers don’t need to lie about the poison they peddle.

If you are still unconvinced there’s Alex Berenson’s, “Marijuana, Mental illness, and Violence” in the January 2019 issue of ‘Imprimis’ – an exceptional publication produced by Hillsdale College that is available free online – https://imprimis.hillsdale.edu/marijuana-mental-illness-violence.  Berenson’s essay is sobering, and he pulls no punches on why this nationwide campaign for legalization is a debacle of the first-order and is perilous to those who use and debasing to the nation.  Berenson explains that “in the 1970s and 1980s, marijuana generally contained less than 5 percent THC. Today, the marijuana sold at legal dispensaries often contains 25 percent.”

The marijuana lobby has been blowing smoke for years about the drug’s safety.  Advocates say marijuana is a medicine, not an intoxicant, and that legalization can slow the opioid epidemic.  Not true, Berenson argues, pointing to an American Journal of Psychiatry study that shows “that people who use cannabis are more likely to start using opioids later.”

Even the house organ of Liberaldom, the New York Times, in an op/ed said: “the legalization of marijuana is a serious and growing threat to public health and public safety.”

We have gone past permitting, and now endorse debauched societal behavior.

The growing political train of legalizing marijuana, will continue as the tax windfall will be too much to pass up, while states ignore its established social and health problems.

Marijuana use will find its place as another risk-free exercise under the ideological eccentricities of the ever-emerging Nanny States of America.  The counterculture has become the culture and the Left isn’t going to let the facts, science or common sense inhibit its onslaught.

American society has smoked the peace pipe with marijuana, while making war on tobacco and it’s only a matter of time before you reap what we sow.

We need to stop pretending marijuana is a benign and innocuous drug.

If you can’t catch up with Fetterman’s tour, you can voice your concerns online: https://HYPERLINK "https://default.salsalabs.org/Ted98bd84-6bcb-4023-a8bc-8e27c3fe7f0c/8d5116dc-9c42-495a-9d25-c751e85b7b9d"governor.pa.gov/recreational-marijuana-feedback.  Moreover, you can also contact your State Senator and State Representative.

Fetterman has aspirations to run once again for the Democratic nomination for the U.S. Senate, but would be a slam-dunk as an advocate for NORML.

There is nothing more abnormal than NORML.

Purification of Notre Dame by Fire

As Catholics celebrate Easter, I couldn’t help but regard the burning of Paris’ Notre Dame Cathedral—on the Monday of Holy Week, no less—as an ugly metaphor for the tribulations that our faith is suffering throughout the European continent and the whole of Western civilization.

We live in a nation where Christianity’s historic and longstanding influence continues to wither on the vine.  Much of it is a self-inflicted pruning of grand proportions that continues to be well-documented and very accommodating to the prevailing zeitgeist. 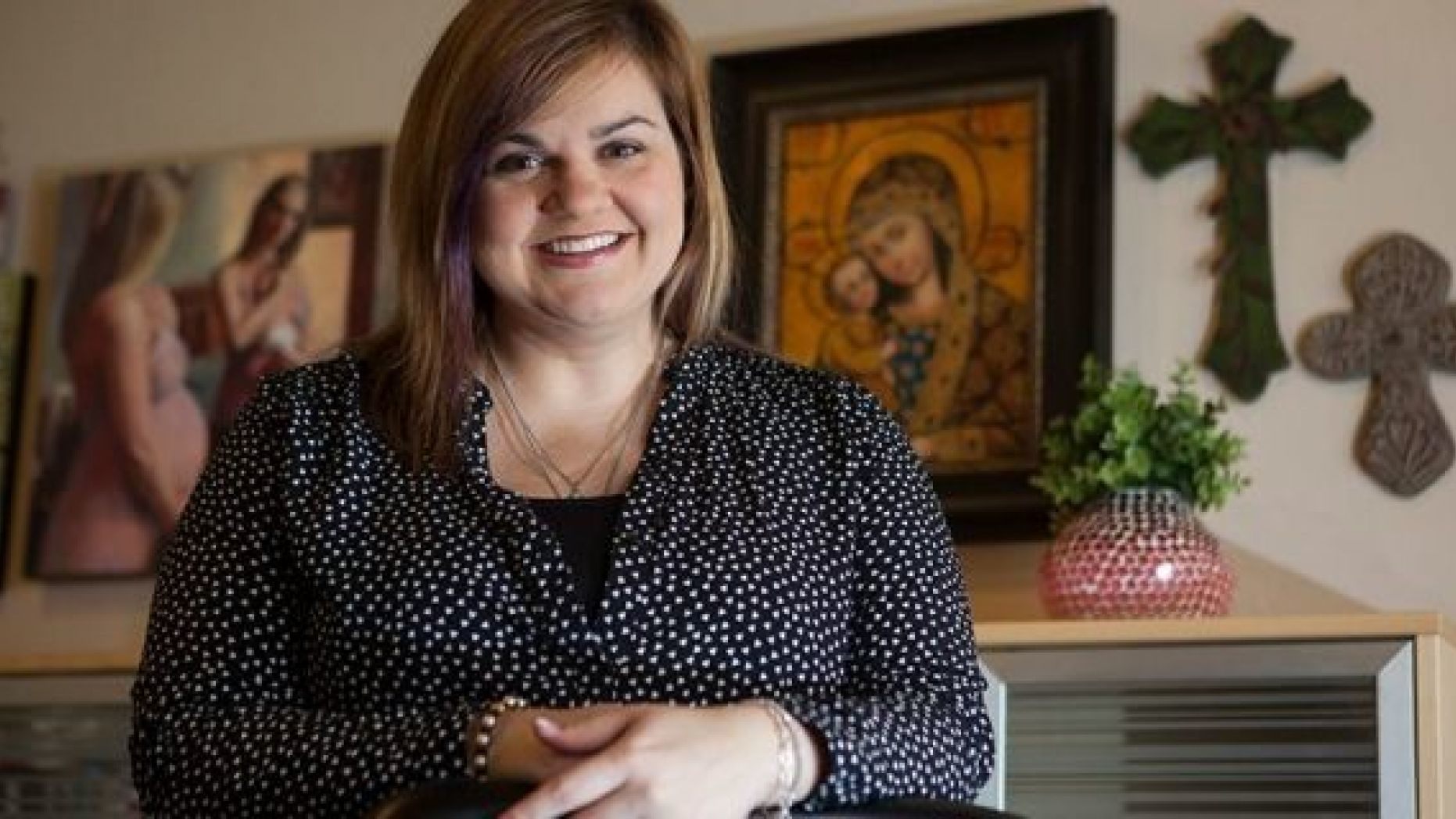 “Abortion was a product Planned Parenthood was selling, not an unfortunate necessity they were fighting to decrease.” - Abby Johnson

The early financial success of the movie Unplanned, has the abortion horde and especially those at Planned Parenthood reeling in contempt. A concerted effort to censor and suppress the film by Twitter that suspended the movie’s account the day Unplanned was released (along with other media outlets that refused to run advertisements) is nothing new.

Published in Remnant Articles
Tagged under
Read more...
Page 8 of 8