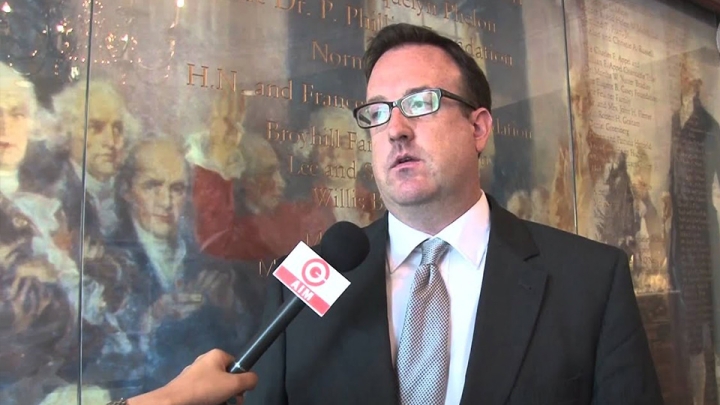 After discussing the potential threat to his own life just one month ago, he has now died, reportedly from an illness while traveling abroad.

His efforts to expose sexual corruption in the Catholic Church are known to many, as he was an indefatigable warrior against perversion and sexual cover-up in the clergy and hierarchy, especially regading the Theodore McCarrick case.

I have no inside information on what has transpired here. I am just passing along what I know, which is that a good man has died and is now in need of our prayers for the repose of his soul.

May he rest in peace.

This morning I have the tragic news to announce that my friend, the respected journalist, George Neumayr died yesterday from some illness, when visting the Ivory Coast, in Africa. His family, friends, are in shock about his death. Eternal rest grant unto him O Lord!

[Comment Guidelines - Click to view]
The Remnant values the comments and input of our visitors. It’s no secret, however, that trolls exist, and trolls can do a lot of damage to a brand. Therefore, our comments are heavily monitored 24/7 by Remnant moderators around the country.  They have been instructed to remove demeaning, hostile, needlessly combative, racist, Christophobic comments, and streams not related to the storyline. Multiple comments from one person under a story are also discouraged. Capitalized sentences or comments will be removed (Internet shouting).
The Remnant comments sections are not designed for frequent personal blogging, on-going debates or theological or other disputes between commenters. Please understand that we pay our writers to defend The Remnant’s editorial positions. We thus acknowledge no moral obligation whatsoever to allow anyone and everyone to try to undermine our editorial policy and create a general nuisance on our website.  Therefore, Remnant moderators reserve the right to edit or remove comments, and comments do not necessarily represent the views of The Remnant.
back to top
Last modified on Friday, January 20, 2023
Tweet

More in this category: « Pioneer of the Latin Mass Movement: Howard Walsh, RIP BREAKING: Minnesota to Become Abortion Capital of the World »