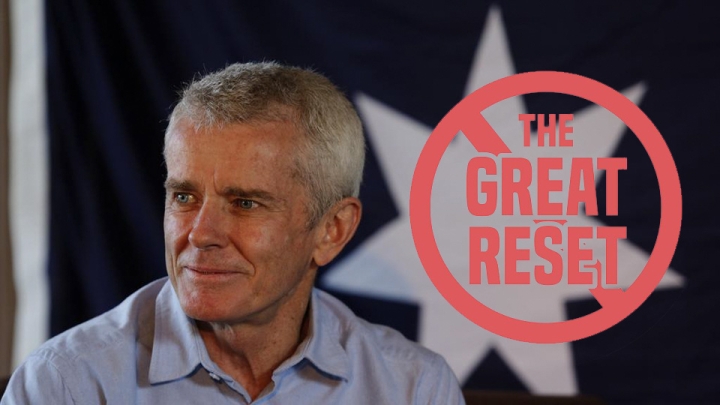 Given the chain of disappointments Australians of good will have experienced when trying to work for real change, there is a temptation to walk away from politics entirely. The incessant gloom of globalism, its ascendancy confirmed by prophecies from credible mystics, urges us to turn inwards and hunker down before the next barrage of evil. Yet, that is not the Christian way. Instead, the approach of the Christian has always been, and always will be, to stand and fight.

Yes, there are precautions to take and preparations to make. There are spiritual exercises to practise and there are local communities which need to be built up. But we can’t forget that there is much work to do before we, metaphorically or literally, head for the hills and live off-grid. This fight is far from over and we must not be oblivious to the good that remains in our ailing institutions and to the good people in those institutions who need our support.

Although most Australian politicians are little more than globalist pawns, there remains a handful who are not afraid to expose threats to our freedoms no matter the cost to themselves. One of these truth-tellers is Malcolm Roberts, who has been a Federal Senator for the One Nation party since 2019, with another year served before that from 2016-2017.

Although not a Catholic, Senator Roberts seems to have more integrity than most of our bishops; this has been especially evident in his opposition to the experimental gene serum which was thrust upon us by our inept hierarchy.

During the past few years of COVID insanity, Senator Roberts has consistently laid the blame for Australia’s disastrous economic and social policies at the feet of the World Economic Forum and the United Nations. In August, he called for Australians to mount a “Great Resist”, a renewal of traditional values and policies aimed at opposing the globalist Great Reset agenda.  At the time, he said:

“The plan of the Great Reset is that you will die with nothing. To pull off this evil plan, Klaus Schwab’s World Economic Forum will need to take more than just material possessions from Australians. Senators in this very chamber today who support the Great Reset threaten our privacy, freedom, and dignity. Yes, they’re in this senate chamber …. [However] We stand for a world where individuals and communities have primacy over predatory globalist billionaires and their quisling bureaucrats, politicians, and mouthpiece media.”

Although not a Catholic, Senator Roberts seems to have more integrity than most of our bishops; this has been especially evident in his opposition to the experimental gene serum which was thrust upon us by our inept hierarchy. In November, he renewed his rallying-cry with another speech calling for an end to inflationary government spending, attacks on the natural family and blows to the traditional farming sector. That speech prompted this author to reach out and request an interview with Malcolm Roberts. I hope that his responses will provide a little spark of hope for those who believe that the globalist takeover of our nation is a fait accompli:

Senator Roberts, thank you for agreeing to do this interview with me.

You’re welcome. We support people in the independent, truthful people’s media. The mouthpiece media pushes lies for the globalists and we need honest truthful media.

Senator Roberts, in November, you proposed the "Great Resist" as a counter-measure to the World Economic Forum's "Great Reset." When and how did you first realise that influential Australians, particularly in our government, were implementing a globalist agenda? How much support from within the Senate have you had for The Great Resist?

“I realised it around 2009 after two years of researching climate alarm, which was easily exposed as unfounded and a creation of and tool for the globalists’ agenda.

Support in the senate for opposing globalism is increasing. Initially it was only one other senator: Pauline Hanson who first called out the globalists’ agenda in 1996 when she entered the House of Representatives. She raised their UN Agenda 21 that morphed into UN Agenda 2030.

In recent years we now have another three senators who call out the globalists’ agenda although not as vigorously as do Pauline and I.”

Do you have any religious affiliation? Do you think there is a connection between the current state of the world and its widespread rejection of God, the natural family, virtue and religion?

“I am Christian and work to emulate and implement Christ’s teachings.

As a high school student and young adult I went to the local town church that had the best sermon. I no longer attend any particular church. Most of the denominations have become weak and woke. Some preach guilt & fear, whereas Christ showed the way out of fear & guilt.

In November, he renewed his rallying-cry with another speech calling for an end to inflationary government spending, attacks on the natural family and blows to the traditional farming sector.

Yes, I think there is definitely that link.

It isn’t widely known that pro-life policies are part of the One Nation platform. Has it always been important to you? Why do so few in the pro-life community acknowledge that your party is pro-life?

“Pro-life policies have always been part of One Nation’s platform. Yet this hasn’t always been  as strongly enunciated as our other policies. We have the best pro-life policy in terms of abortion, and we have a conscience vote on euthanasia because not all One Nation MPs have my position of opposing euthanasia.”

Senator Roberts, you have been a vocal critic of the proposed Digital ID and digital currency. What do you think is the greatest risk inherent in this system? If such a system becomes mandatory, how will those opposed to it be able to survive outside the mainstream economy?

“The greatest risk in Digital Identity is the complete loss of people’s freedom and replacement with control. This is especially true of a social credit system. Human history shows repeatedly that some people always survive outside the system. They will keep freedom alive until the controlled society crumbles as it always does due to the removal of the eight keys to Human Progress:

Some commentators have suggested that Australia is "ground-zero" for the globalist agenda. Do you agree? Does our citizenry being unarmed have any bearing on this? Can Australia really leave the UN and would that solve our problems?

“Australia seems to be no more “ground-zero” for the globalist agenda than are New Zealand, Canada, EU, Britain, America.

It has nothing to do with being dis-armed. Even the heavily armed Americans with their vaunted reputation for resistance to authority and excessive government has fallen for the globalist agenda. Indeed, many of the initiatives have been trialled and refined in America.

The plan of the Great Reset is that you will die with nothing. To pull off this evil plan, Klaus Schwab’s World Economic Forum will need to take more than just material possessions from Australians. Senators in this very chamber today who support the Great Reset threaten our privacy, freedom, and dignity.

Yes, we can exit the UN. Yes it would solve our problems because for us to exit the UN it would mean the people would be largely conscious of the globalist agenda.

One man led Britain out of the EU: that was Nigel Farage. It took him 20 years to awaken sufficient Britons to have a small majority.”

As we emerged from lockdowns and COVID tyranny, a spontaneous freedom movement arose among everyday Australians. It seems clear that the globalists had factored some degree of resistance into their plans from the beginning. Do you think our response was stronger than they had anticipated? What do you think of the current state of Australia's "freedom movement?"

Clearly the position One Nation took and our effectiveness in outing the CashBan bill, the Digital Identity, Climate alarmism, Covid mismanagement and other globalist initiatives for control has surprised the WEF because they have called us out despite their fear of giving us publicity.

Australia’s “freedom movement” is in its infancy. While we are seeing a welcome trend toward people awakening, that currently falls short of the threshold needed for change. As Covid mismanagement and deceit bites and as energy disruption and cost of living bite people and the pain grows, we expect many more to awaken.”

Thanks for your time, Senator Roberts, may God bless and protect you.

[Comment Guidelines - Click to view]
The Remnant values the comments and input of our visitors. It’s no secret, however, that trolls exist, and trolls can do a lot of damage to a brand. Therefore, our comments are heavily monitored 24/7 by Remnant moderators around the country.  They have been instructed to remove demeaning, hostile, needlessly combative, racist, Christophobic comments, and streams not related to the storyline. Multiple comments from one person under a story are also discouraged. Capitalized sentences or comments will be removed (Internet shouting).
The Remnant comments sections are not designed for frequent personal blogging, on-going debates or theological or other disputes between commenters. Please understand that we pay our writers to defend The Remnant’s editorial positions. We thus acknowledge no moral obligation whatsoever to allow anyone and everyone to try to undermine our editorial policy and create a general nuisance on our website.  Therefore, Remnant moderators reserve the right to edit or remove comments, and comments do not necessarily represent the views of The Remnant.
back to top
Last modified on Saturday, December 24, 2022
Tweet

More in this category: « DECLARATION of Archbishop Carlo Maria Viganò regarding the recent gala at Mar-a-Lago THE REAL ANTHONY FAUCI: Most Important Documentary on the Internet Today »