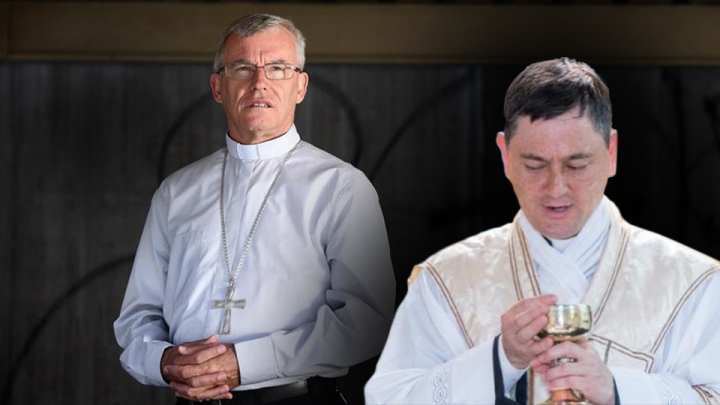 The parish of St. Anne’s is a thriving centre of traditional Catholicism in Perth, Western Australia and would be the envy of many Novus Ordo priests who are struggling to persuade their congregations to attend Mass at Christmas and Easter. The St Anne’s weekly bulletin is packed full of information about the various social activities, homeschooling support, prayer groups and fundraising initiatives running in the parish. This is a church at which Catholics need to be reminded to make room for others at Sunday Masses as there is standing room only. In times when the hierarchy was interested in preserving Catholic faith and culture, St Anne’s would have been a model for the entire country.

Unfortunately, this thriving parish is the latest victim of Traditionis Custodes, the Pope’s encyclical letter designed to destroy the Latin Mass. Archbishop of Perth, Timothy Costelloe, wrote to the Archdiocese on September 19 of his “deeply-held conviction” that as a bishop, he “must faithfully implement the very clear directives of Pope Francis, according to both the letter of those directives and the intentions which underlie them”.

In early September, the Archbishop had released a pastoral letter reinstating the Sunday obligation which he had suspended for more than two years. That wide-ranging letter bemoaned shrinking congregations and dwindling vocations even as it prepared the faithful for his vicious attack on the thriving Latin Mass community.

Under the new norms, priests from other parishes who wish to say that Latin Mass are now required to apply for permission on a case-by-case basis. Before receiving permission, such priests would have to declare “the validity and the legitimacy of the liturgical reform, dictated by Vatican Council II and the Magisterium of the Supreme Pontiffs.”

Archbishop Costelloe’s well-timed implementation of Traditionis Custodes consisted of issuing new liturgical norms for his Archdiocese - under which only two locations will be allowed to regularly provide the traditional Mass - as well as the pastoral letter explaining his actions. According to the new norms, Latin Masses will be restricted to Sundays and Holy Days of Obligation, unless permission is granted via an application to the Archbishop’s delegate, Monsignor Michael Keating. Additionally, it seems that no other sacraments are to be celebrated according to the Old Rite. This means that even the blessing of homes or Rosary beads could lead to punitive action being taken against the priest involved.

Under the new norms, priests from other parishes who wish to say that Latin Mass are now required to apply for permission on a case-by-case basis. Before receiving permission, such priests would have to declare “the validity and the legitimacy of the liturgical reform, dictated by Vatican Council II and the Magisterium of the Supreme Pontiffs.” They would then have to proceed with a convoluted application process which all but precludes permission for a timely traditional Requiem. Under this decree, there is no provision for out-of-state priests to offer a Latin Mass, even privately. In all cases, the Archbishop will have the final say in granting these requests.

Parish priest of St. Anne’s, Fr Michael Rowe, urged his parishioners to request a revocation or amendment of the new norms under Canon 1734, a function designed to protect those aggrieved by a new decree issued by their bishop.

The norms also state that readings are to be given in the vernacular, and must be taken from translations approved by the Australian Catholic Bishops Conference. This introduces another level of anxiety since, as a result of pressure from feminists at the Plenary Council, the ACBC has approved a revision of the lectionary in order to make the language “more inclusive.”

St. Anne’s currently offers only the traditional Mass and sacraments and has continued to livestream its daily Mass since the norms were promulgated. The other approved parish is at Kelmscott, where most of its Masses are already offered in the New Rite.

Parish priest of St. Anne’s, Fr. Michael Rowe, urged his parishioners to request a revocation or amendment of the new norms under Canon 1734, a function designed to protect those aggrieved by a new decree issued by their bishop. In an emotional sermon (below), Fr Rowe explained the events to his congregation, saying that their community “now has the primary responsibility to take leadership in preserving the life and worship of all who come here and will become part of the community in the future.”

Fr. Rowe assured his parishioners that both he and his assistant, Fr. Limbourn, intend to continue serving them as priests. He broke into tears when explaining that although Archbishop Costelloe had never visited the parish,  they now had the opportunity “ … to tell him who we are, what we are about and how we cherish the Latin Mass, the sacraments, and our community life here at St Anne’s.”

The parish has already been embroiled in a controversy involving the Archdiocese for some years, after Archbishop Costelloe attempted to redevelop the parish’s land without Fr Rowe’s prior knowledge or consent. Fr. Rowe was then forced to resort to legal action in order to prevent the Archdiocese from taking the land from under his parish’s feet. It is perhaps notable that only days after Fr Rowe’s appeal against Archbishop Costelloe’s action was dismissed from the Supreme Court, the Archbishop’s pastoral letter and new norms were inflicted upon those traditional Catholics who have already spent years fighting for their parish. Fr Rowe alluded to this struggle in his sermon:

“Up to this point, I have done as much as I can to protect us here at St. Anne’s but now, I need you to step up to the mark and do your part.  Otherwise, there is the chance that we will lose everything that we have worked for so hard in the past 10 years.”

Apart from this despicable attempt at assuming control of the St. Anne’s property, Archbishop Costelloe has other claims to ecclesiastical infamy. Earlier this year, he organised for mRNA COVID treatments to be administered from the Cathedral premises. At the time, Archbishop Costelloe said that providing the toxic gene-serum was part of the Church’s “long-standing tradition of service to the people of Perth”, and that being willing to receive them was “an act of love”.

In a similar vein, a Mass for Aboriginal and Torres Strait Islander Sunday, to be held on October 22nd, is to include a pagan smoking ceremony.

The Archbishop’s priorities can best be gleaned by considering his Cathedral’s involvement in some dubious, upcoming events. One is an Ecumenical prayer service for the end of fossil fuels, organised for October 13th. The date is very significant, of course, as it is the anniversary of the Miracle of the Sun at Fatima. An Archbishop who uses such an occasion to promote the agenda of anti-Christian globalists is himself exemplifying the threat of which Our Lady warned: that a Communist-inspired apostasy will spread throughout the world. Nowhere is this apostasy clearer than in the rise of the cult of environmentalism within the Church.

In a similar vein, a Mass for Aboriginal and Torres Strait Islander Sunday, to be held on October 22nd, is to include a pagan smoking ceremony. Smoking ceremonies are part of indigenous Australian spirituality, and exorcists are reporting having to deal with the spiritual aftermath of these rituals among their participants, including children. While Archbishop Costelloe’s pastoral letter requested that priests pay renewed attention to the way they celebrate Mass, it is clear that this is an empty gesture on his part. For there can be no greater abuse of the Mass than allowing a pagan ritual to precede it. Such hypocrisy adds insult to the injury being experienced by the priests and parishioners of St. Anne’s. 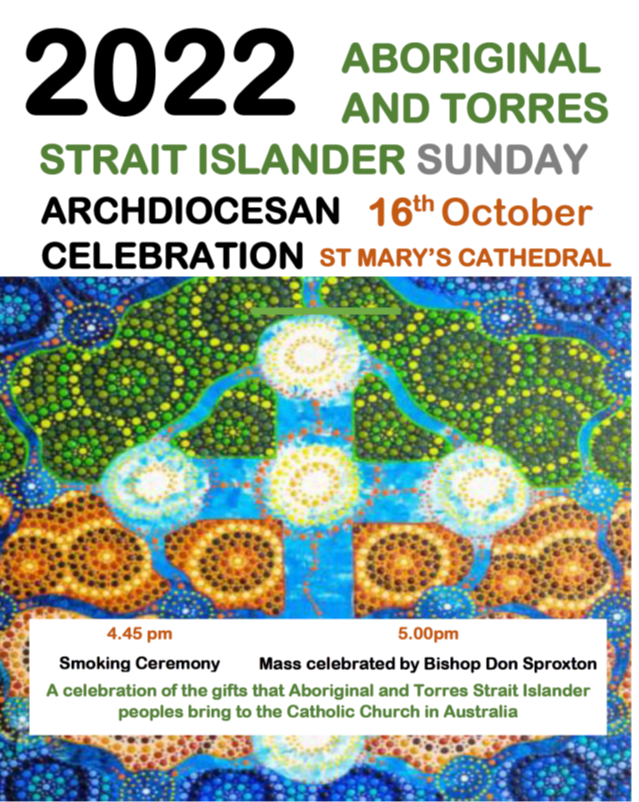 It is perhaps fitting that the Archbishop’s new norms were issued from the Perth Archdiocese headquarters, Griver House, a building which formerly housed the Grand Lodge of the Freemasons of Western Australia. With his focus on globalist priorities like COVID injections and climate hysteria, Archbishop Costelloe certainly behaves as a faithful son of the revolution, ticking every box of the Masonic New-Church agenda.

Canonists who have studied Archbishop Costelloe’s believe it contains several violations of canon law. These include Canon 51 which requires that specific reasons be given for any new decree and Canon 127 which states that a decree is invalid if the relevant parties are not consulted.

There has been a flood of support for St. Anne’s from around Australia, as well as more than 400 letters from the parish itself. Readers are invited to contact the Archdiocese of Perth to make their support for the continuation of the Latin Mass known, and for those who are able, to contribute to the St Anne’s parish LifeFunder account. Any donations made towards their substantial legal costs which amount to tens of thousands will be gratefully accepted.

Latest from RTV — NEOCONS & WARHAWKS: Can Anyone Stop the Democrat (War) Party?

[Comment Guidelines - Click to view]
The Remnant values the comments and input of our visitors. It’s no secret, however, that trolls exist, and trolls can do a lot of damage to a brand. Therefore, our comments are heavily monitored 24/7 by Remnant moderators around the country.  They have been instructed to remove demeaning, hostile, needlessly combative, racist, Christophobic comments, and streams not related to the storyline. Multiple comments from one person under a story are also discouraged. Capitalized sentences or comments will be removed (Internet shouting).
The Remnant comments sections are not designed for frequent personal blogging, on-going debates or theological or other disputes between commenters. Please understand that we pay our writers to defend The Remnant’s editorial positions. We thus acknowledge no moral obligation whatsoever to allow anyone and everyone to try to undermine our editorial policy and create a general nuisance on our website.  Therefore, Remnant moderators reserve the right to edit or remove comments, and comments do not necessarily represent the views of The Remnant.
back to top
Last modified on Wednesday, October 19, 2022
Tweet