Beatification of Pope John Paul I: "Smiling Pope" Named for the Architects of Vatican II 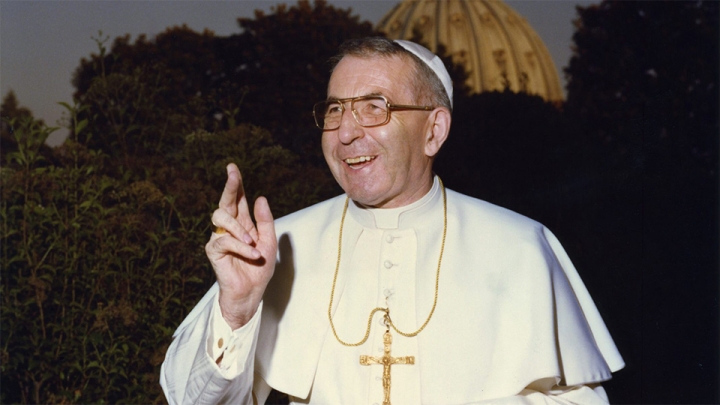 Really struggling over here. I lived through his pontificate. Wouldn't be a bit surprised if somebody murdered him. Don't know. But he's not being beatified, obviously, as a martyr. So why, then?

What did he do, actually? He smiled a lot? He's the patron saint of smilers? Really? That's it?

I do know that, from the very start of his career, Albino Luciani was promoted enthusiastically by Pope John XXIII (even before he was pope) and also by Paul VI, who named him Patriarch of Venice.

In 1973, a few months before Luciani was named a cardinal, Pope Paul VI famously took off his stole and placed it on Luciani’s shoulders — saying, “You deserve this stole”.

So, we know he was very close to the two architects of Vatican II and the New Mass... thus his decision to specifically name himself after the two popes of Vatican II. In his own words: “I shall be called John Paul. I have neither the ‘wisdom of the heart’ of Pope John, nor the preparation and culture of Pope Paul, but I am in their place."

Anyway, now we're supposed to be overwhelmed with joy that John Paul I has been beatified. I'm sorry, I mean no disrespect....but I can't get there. I know very little about the man, other than that he was a Vatican II guy with a close relationship with the Vatican II popes which, in my opinion, is precisely why Francis just beatified him.

Anyway, here's his official beatification portrait, in case you forgot what he looked like... or who he was... or what he did. Enjoy: 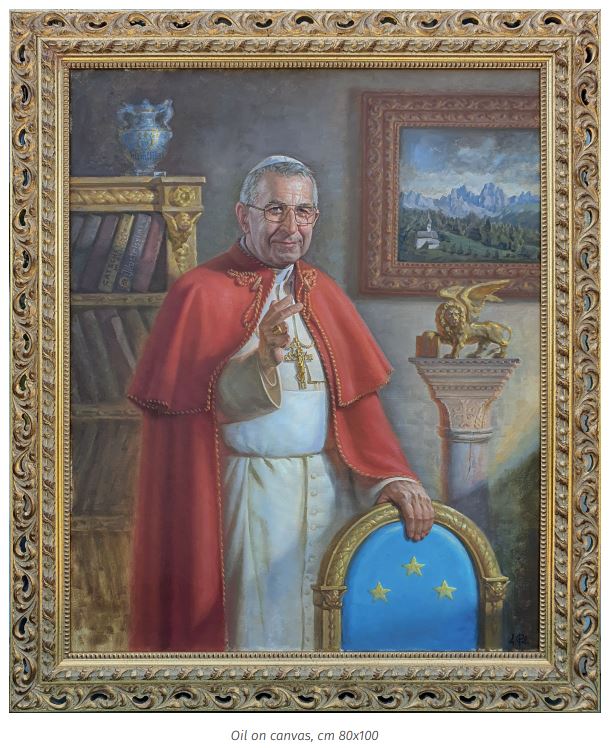 [Comment Guidelines - Click to view]
The Remnant values the comments and input of our visitors. It’s no secret, however, that trolls exist, and trolls can do a lot of damage to a brand. Therefore, our comments are heavily monitored 24/7 by Remnant moderators around the country.  They have been instructed to remove demeaning, hostile, needlessly combative, racist, Christophobic comments, and streams not related to the storyline. Multiple comments from one person under a story are also discouraged. Capitalized sentences or comments will be removed (Internet shouting).
The Remnant comments sections are not designed for frequent personal blogging, on-going debates or theological or other disputes between commenters. Please understand that we pay our writers to defend The Remnant’s editorial positions. We thus acknowledge no moral obligation whatsoever to allow anyone and everyone to try to undermine our editorial policy and create a general nuisance on our website.  Therefore, Remnant moderators reserve the right to edit or remove comments, and comments do not necessarily represent the views of The Remnant.
back to top
Last modified on Wednesday, September 7, 2022
Tweet