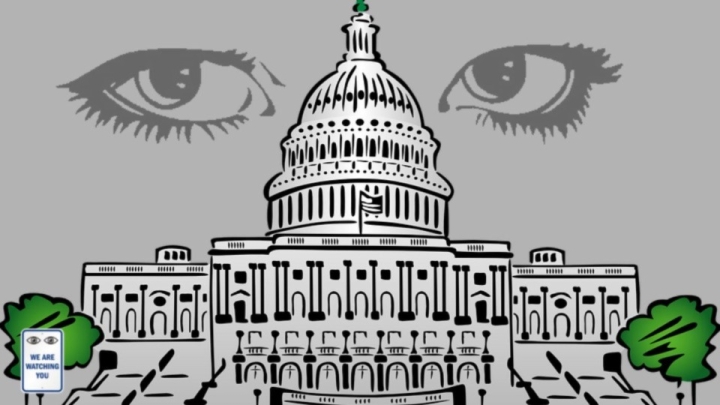 Like 48 years ago, it was a hot August day when another unprecedented historical unintended consequence entered the American chronicle when President Richard Nixon resigned his office. Being a paperboy and a two-sewer stickballer, I took time out of my summer vacation to watch the proceedings on network television.

This time I did not watch as another presidential first went down as a 30-member FBI platoon with weapons drawn burst into the home of a former president. The nine-and-a-half-hour marathon raid’s legacy is another despondent day for the American republic.

The raid was another example of how federal agencies have been weaponized against the Constitution they are sworn to defend and protect. Maybe it was another variant of the Trump Derangement Syndrome and a warning to all MAGA supporters of what awaits them.

Democrats and the bureaucratic swamp creatures they breed have done everything to Trump short of assassinating him.

The raid certainly raises constitutional questions and any prosecution under the Espionage Act would be a reach yet remains to be seen.

After the Clintons removed spoils from the White House, no FBI raid occurred, despite clearly underestimating the value of what was taken. Donald Trump’s circumstance should have been handled with the same discretion. Instead of the raid, a legal action in conjunction with the National Archives would have sufficed.

Leave it to the Babylon Bee, this generation’s version of Mad Magazine, to find levity: “The FBI raid on Melania’s closet was justified,” says Attorney General Merrick Garland while wearing a gorgeous new evening gown and sun hat.”

Where are the federal investigations of Hillary Clinton’s bleached servers, Hunter Biden’s laptop and illicit dealings with foreign governments, and Rep. Eric Swalwell’s intimate relationship with a Chinese spy, or the longstanding parade of Democrats sailing off to Epstein’s Island?

The recently passed Inflation Reduction Act (IRA) is another ill-advised bill directed at reducing inflation and climate change that will prevent neither.

Democrats and the bureaucratic swamp creatures they breed have done everything to Trump short of assassinating him. Trump continues to live rent free in their heads but now as a private citizen.

The recently passed Inflation Reduction Act (IRA) is another ill-advised bill directed at reducing inflation and climate change that will prevent neither. The IRA should be renamed the IRS Enforcement Act, as it will supersize the agency by adding 87,000 more agents, arming the IRS with more agents than the Marine Corps has Marines.  The bill will not only raise but convolute the tax code even further, stagnating the economy leading to diminished investments in a stock market that is more roller coaster than Ferris wheel.

Democrats and the Washington bureaucratic swamp possess a hearty appetite for self-preservation and understand that the only Republican whom President Biden could defeat in 2024 is Trump. Attacking Trump compels Republicans to rally to his defense making him a likely candidate in 2024.

The average life expectancy for an empire is 250 years.

As the nation continues on its tight rope, Benjamin Franklin’s prophetic words ring louder: “We created a republic, if you can keep it.”

The average life expectancy for an empire is 250 years.

Over two centuries ago, a Scotsman and a contemporary of Franklin named Alexander Tytler, made the insightful reflection that a democracy cannot exist as a permanent form of government especially when the electorate discovers it can vote itself largess out of the public treasury. Democracy then collapses into a dictatorship.

The U.S. Constitution is the sovereign law of the land and remains the font from which protections against government overreach spring.

The impetus to respond on a local level to our ailing, late-stage empire was not lost on Jim Eisenhart, a Schuylkill County native, who recently formed a “We The People” non-partisan, grassroots group dedicated to educating and discussing Constitutional government.

There is an Edmund Burke quality to Eisenhart’s efforts whom like Burke, the 18th century Irish statesman who served in the British House of Commons, understands that the hallmark of a healthy society is reconciliation of the present and the future to the past.

The U.S. Constitution is the sovereign law of the land and remains the font from which protections against government overreach spring. For it is the Constitution that bounds the power of the federal government, not enables it. People must realize that it is them, not the government, that holds the power.

The first three words of the Constitution sum it up concisely and the Schuylkill County “We The People” group will hold their second meeting at the Fountain Springs Country Inn at 6 p.m. on Thursday, Sept. 15.

Latest from RTV — TWO YEARS LATER: Davos and the Plot to Cancel Trump

[Comment Guidelines - Click to view]
The Remnant values the comments and input of our visitors. It’s no secret, however, that trolls exist, and trolls can do a lot of damage to a brand. Therefore, our comments are heavily monitored 24/7 by Remnant moderators around the country.  They have been instructed to remove demeaning, hostile, needlessly combative, racist, Christophobic comments, and streams not related to the storyline. Multiple comments from one person under a story are also discouraged. Capitalized sentences or comments will be removed (Internet shouting).
The Remnant comments sections are not designed for frequent personal blogging, on-going debates or theological or other disputes between commenters. Please understand that we pay our writers to defend The Remnant’s editorial positions. We thus acknowledge no moral obligation whatsoever to allow anyone and everyone to try to undermine our editorial policy and create a general nuisance on our website.  Therefore, Remnant moderators reserve the right to edit or remove comments, and comments do not necessarily represent the views of The Remnant.
back to top
Last modified on Tuesday, August 23, 2022
Tweet