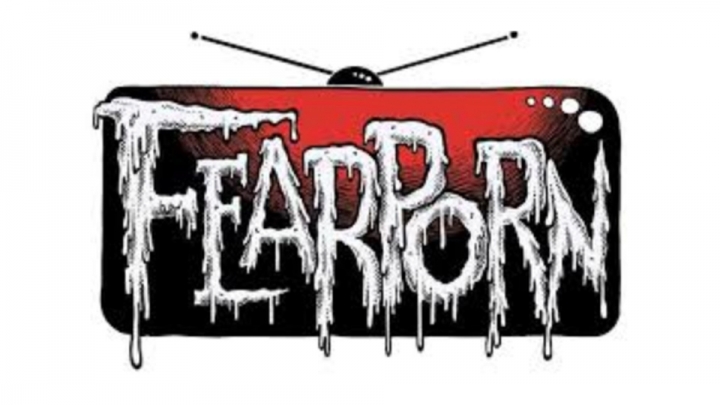 I keep getting asked the same question again and again; is this outbreak of monkey pox a real threat, or is this another case of overstated and weaponized public health messaging? I am going to save my answer to this question for the end of this article and instead focus on what monkey pox is, the nature and characteristics of the associated disease, what we know and don’t know.

The monkeypox virus, which originates in various regions of Africa, is related to SmallPox (Variola), which are both members of the genus Orthopoxvirus. However, it is important to understand that Variola (major or minor) is the species of virus which is responsible for the worst human disease caused by the Orthopox viruses. For example, Cowpox, Horsepox, and Camelpox are also members of this genus, none of which are a major health threat to humans, and one of which (Cowpox) has even been (historically) used as a Smallpox vaccine. My point is that just because Monkeypox is related to Smallpox, this does not in any way mean that it represents a similar public health threat. Anyone who implies otherwise is basically engaged in or otherwise supporting weaponized public health-related propaganda. In other words, spreading public health fearporn.

Current data indicate that Monkeypox is not very infectious in humans

Monkeypox was first identified in 1958 in colonies of monkeys, and the first human case of the virus was identified in 1970 in the Democratic Republic of the Congo. Most likely this was just the first case identified, as people living in Africa have been in contact with monkeys and the other Monkeypox animal hosts for millennia. The “West African” monkeypox clade (clade = variant) circulating outside of Africa at this time causes a milder disease compared to the closely related virus found found in other regions of Africa (Congo clade).

The symptoms of monkeypox are somewhat similar to, but much milder than smallpox disease. The general clinical presentation of the disease caused by the West African monkey pox clade virus involves Influenza-like symptoms — fever, body aches, chills — together with swollen lymph nodes. A rash on the palm of the hand is often observed. In the latter stage of the disease, which may last for up to a month or more in some cases, may involve small lesions which develop a crust, and which can result in a small depigmented scar. There is no evidence of asymptomatic transmission. In other words, current medical knowledge indicates that it is only spread by person to person contact between an uninfected individual and someone who already has symptoms of the disease. Therefore, disease spread can be readily controlled by classical public health interventions such as contact tracing, temporary quarantine of those who have had physical contact with someone who is infected, and longer term quarantine of those who develop symptoms. Essentially all of the current cases in the west which we are seeing in the news are among men who have sex with men, and appear to be due to close physical contact. Monkeypox is endemic in many parts of Africa, and is a “zoonotic” virus, meaning it can be transmitted from a variety of animals (not just monkeys) to humans. Initial animal to human transmission followed by limited human to human transmission is probably the cause of the sporadic cases typically observed in Africa. Chicken pox, which is highly transmissible, is not part of the genus Orthopoxvirus, despite that name “pox.” Once again for emphasis, Cowpox and Camelpox are also in the genus Orthopoxvirus, and they are not particularly pathogenic when contracted by humans; just because Monkeypox is a “pox” virus in the genus Orthopoxvirus, does not mean it is particularly deadly.

It does not have a high mortality rate.

Monkeypox is a double stranded DNA virus, which means that due to the double stranded nature of DNA each of the two strands act as a “check” on the other during replication. As a consequence of this “error checking”, this and other DNA viruses mutate much more slowly than RNA viruses do. Over time, DNA virus genomes are relatively stable. This means that, unlike SARS-CoV-2 (COVID) or influenza, Monkeypox is unlikely to rapidly evolve to escape either naturally acquired or vaccine induced immunity. For the purposes of making a vaccine, this makes it a much easier target that say, a rapidly evolving RNA Coronavirus such as SARS-CoV-2, the virus which causes COVID-19. Furthermore, from an immunological point of view, the various Orthopox viruses often are cross-protective. In other words, if you have been vaccinated with a smallpox vaccine, or previously infected by Cowpox, Camelpox, or Monkeypox, you are highly likely to be quite resistant to disease caused by the Monkeypox virus which is now being (quite rarely) reported in non-African countries.

Current data indicate that Monkeypox is not very infectious in humans - it has a low Ro (perhaps below 1), which is the term used to describe how efficiency an infectious disease can spread from human to human. Again, this is super good news for containment. An Ro of <1 generally means that (even in the absence of social distancing of other containment measures), for every person already infected, on average less than one other person will become infected. For comparison purposes, the Omicron variants of SARS-CoV-2 have an Ro in the range of 7 to 10. A virus with an Ro of less than one can be easily contained with the standard public health methods discussed above. A virus with an Ro of 7-10 essentially cannot be contained and will rapidly spread throughout the world, as we have seen with the Omicron variants. In the case of a virus with an Ro around 1 or less, traditional infectious disease containment methods such as contact tracing, identification and isolation of infected individuals can be all that is needed to control the virus. Now the fact that Monkeypox is being spread from human to human (rather than only arising from contact between a person and an infected animal) is not such good news, but since this transmission appears to be from very close contact, this means that it can be easily contained without resorting to a general population vaccination campaign. In this type of setting, if there is a significant outbreak, vaccination is often restricted to just the health care and/or first responder personnel most likely to be in contact with an infected person. Using a vaccine to help that containment via either “ring” vaccination or wide-spread vaccination strategies is generally unnecessary, and may even be counterproductive, depending on the safety of the vaccine - keeping in mind that no drug or vaccine is perfectly safe.

In my opinion, based on currently available information, Monkeypox is a virus and disease which is endemic in Africa, emerges sporadically after transmission into humans from animal hosts, and is typically spread by close human contact. It is readily controlled by classical public health measures. It does not have a high mortality rate. Unless there has been some genetic alteration, either through evolution or intentional genetic manipulation, it is not a significant biothreat, and has never been considered a high threat pathogen in the past.

Read the full article on Substack

Latest on RTV — ZOE’S STORY: Hope of the World, Terror of the New World Order

[Comment Guidelines - Click to view]
The Remnant values the comments and input of our visitors. It’s no secret, however, that trolls exist, and trolls can do a lot of damage to a brand. Therefore, our comments are heavily monitored 24/7 by Remnant moderators around the country.  They have been instructed to remove demeaning, hostile, needlessly combative, racist, Christophobic comments, and streams not related to the storyline. Multiple comments from one person under a story are also discouraged. Capitalized sentences or comments will be removed (Internet shouting).
The Remnant comments sections are not designed for frequent personal blogging, on-going debates or theological or other disputes between commenters. Please understand that we pay our writers to defend The Remnant’s editorial positions. We thus acknowledge no moral obligation whatsoever to allow anyone and everyone to try to undermine our editorial policy and create a general nuisance on our website.  Therefore, Remnant moderators reserve the right to edit or remove comments, and comments do not necessarily represent the views of The Remnant.
back to top
Last modified on Sunday, May 22, 2022
Tweet
More in this category: « VIGANÒ’S DECLARATION on the arrest of His Eminence Cardinal Joseph Zen Australia faces a bleak, Red future »