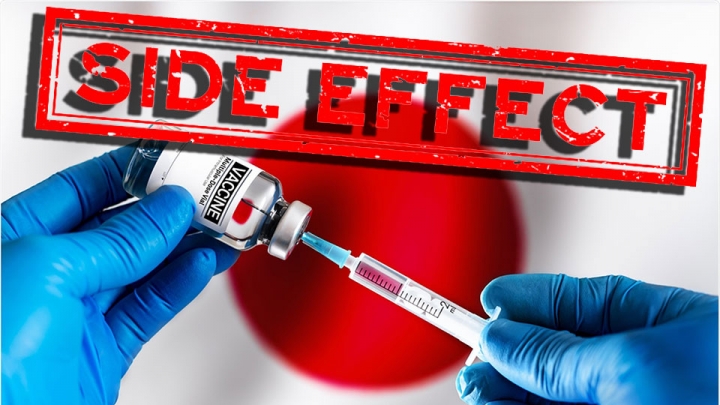 In an interview with Atlanta Journal-Constitution, Delta Airlines CEO Ed Bastian said that he believes the pandemic has "moved to a seasonal virus" and that if the federal mask mandate for public transportation is lifted, Delta will not require passengers or employees to wear masks. When asked if he’s concerned about another COVID surge, Bastian responded, “Not at all. We look at hospitalizations as the key measure.”

This announcement was followed a day later by reports that the U.S. pharmaceutical and biotechnology company Moderna Inc. has recalled 764,900 doses of its COVID-19 vaccine “Spikevax” after contaminants were discovered.

“The lot is being recalled due to a foreign body being found in one vial in the lot manufactured at the company’s contract manufacturing site, ROVI,” Moderna and Spain’s ROVI Pharma Industrial Services said in a joint statement.

The drugmaker did not specify what kind of foreign substance was found but claimed they were recalling the whole lot out of “an abundance of caution.”  Investigators do not believe the contamination posed a risk to other vials in the lot.  Well, let's hope not.

The lots were distributed from Jan. 13 to Jan. 14 in Norway, Poland, Portugal, Spain, and Sweden.

Last year, Moderna had several lots of its COVID-19 vaccines recalled by Japanese authorities after an investigation found stainless steel contaminants in some vials. The recalled batches were manufactured by the same Spanish company, ROVI.

The first two deaths reported in the country linked to contaminated Moderna doses were two men, aged 30 and 38. They both died two days after receiving a second dose from a tainted batch of vaccines. The third case was a 49-year-old man, who also fell ill after receiving his second dose, and died the next day, the health ministry said, noting that his only known health issue was a buckwheat allergy.

Remnant Editor's Note: I suppose the wardens will tell us this is to be expected when they're warp-speeding this stuff into billions of arms to, eh, keep us safe.

As I see it, if an individual wants to “stay safe” that badly, fine. Knock yourself out! But why are they forcing it on the rest of us? How do they intend to “keep us safe” when they can't even keep the vials safe?

And now kids in California, who statistically have no problem surviving COVID, will need one of these bad boys if they don't want to be barred from entering the classroom this fall.

I guess Governor Gavin is doing this “for the children." Because, surely, this massive human experiment is NOT one the most barbaric acts of tyranny in the history of the world. And besides, in this case, we're only talking 800,000 doses recalled. So, let's just keep on following the science and see what happens. MJM

[Comment Guidelines - Click to view]
The Remnant values the comments and input of our visitors. It’s no secret, however, that trolls exist, and trolls can do a lot of damage to a brand. Therefore, our comments are heavily monitored 24/7 by Remnant moderators around the country.  They have been instructed to remove demeaning, hostile, needlessly combative, racist, Christophobic comments, and streams not related to the storyline. Multiple comments from one person under a story are also discouraged. Capitalized sentences or comments will be removed (Internet shouting).
The Remnant comments sections are not designed for frequent personal blogging, on-going debates or theological or other disputes between commenters. Please understand that we pay our writers to defend The Remnant’s editorial positions. We thus acknowledge no moral obligation whatsoever to allow anyone and everyone to try to undermine our editorial policy and create a general nuisance on our website.  Therefore, Remnant moderators reserve the right to edit or remove comments, and comments do not necessarily represent the views of The Remnant.
back to top
Last modified on Friday, April 15, 2022
Tweet
More in this category: « TRAGIC IRONY: Pope Visits Malta, Hides Crosses to Appease Muslims Is Peter Denying Christ Again? »