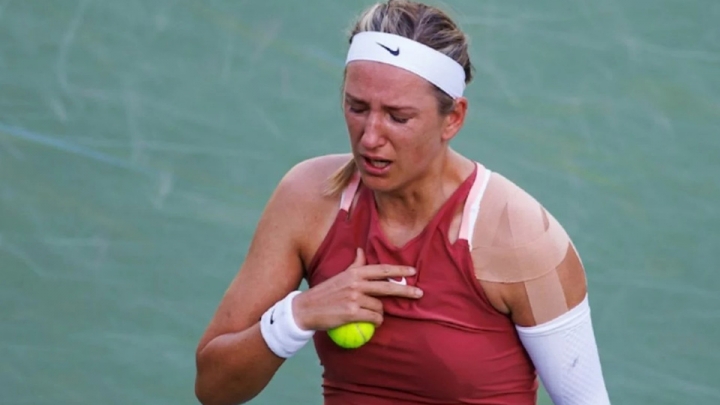 An unprecedented number of players either withdrew or retired from the Miami Open this week. A total of 15 players were unable to finish, including the male and female favorites to win.

According to Free West Media:

The tennis world reacted with shock after favorites Paula Badosa and Jannik Sinner had to retire during the quarterfinals of the Miami Open. Badosa, soon to be the number three in the world, became unwell during her match against Jessica Pegula and left the court in tears.

Badosa, who was comforted by her American opponent, decided to stop after consultation with her physiotherapist. Pegula reached the semifinals of the Miami tennis tournament for the first time in her career after Badosa’s resignation, reported Yahoo Sports.

In the men’s tournament, the Italian phenomenon Jannik Sinner was forced to withdraw. He gave up after 22 minutes in the game against Francisco Cerundolo, the number 103 in the world ranking. “When I served at 3-1 and 30-0, I saw him bend over. It was very strange,” Cerundolo said during an interview. “I hope he’s okay, he’s a great player.”

The 23-year-old Argentinian surprisingly reached the semifinals with his first participation in the master tournament in Miami.

It was the second game in a row that ended prematurely for the tennis fans. Fans reacted with shock to the bizarre tennis day. “What is going on?” someone asked.

Michael Matt on the Fatima Consecration
The NEW WORLD OVER? (Why Resets Fail)

[Comment Guidelines - Click to view]
The Remnant values the comments and input of our visitors. It’s no secret, however, that trolls exist, and trolls can do a lot of damage to a brand. Therefore, our comments are heavily monitored 24/7 by Remnant moderators around the country.  They have been instructed to remove demeaning, hostile, needlessly combative, racist, Christophobic comments, and streams not related to the storyline. Multiple comments from one person under a story are also discouraged. Capitalized sentences or comments will be removed (Internet shouting).
The Remnant comments sections are not designed for frequent personal blogging, on-going debates or theological or other disputes between commenters. Please understand that we pay our writers to defend The Remnant’s editorial positions. We thus acknowledge no moral obligation whatsoever to allow anyone and everyone to try to undermine our editorial policy and create a general nuisance on our website.  Therefore, Remnant moderators reserve the right to edit or remove comments, and comments do not necessarily represent the views of The Remnant.
back to top
Last modified on Sunday, April 3, 2022
Tweet
More in this category: « Thomas More to U.S. Supreme Court: Stop NY Governor From Dictating Which Religious Beliefs Are Allowed "Waging war on reality": Trump Blasts Biden Admin's Transgender Agenda »