Fox News, Newsmax (among others) Paid to "strengthen vaccine confidence in the United States." 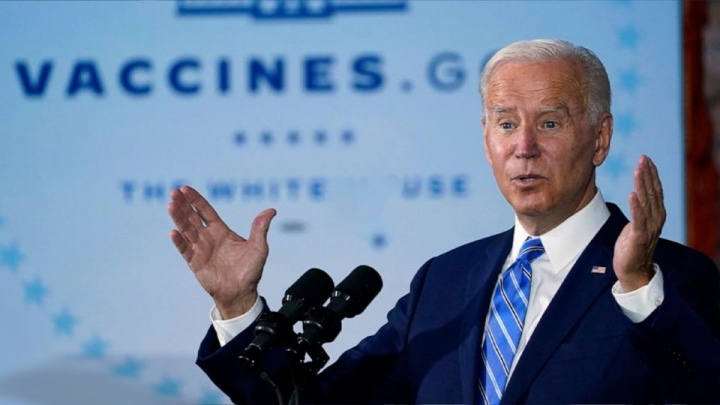 The Blaze is reporting that in response to a FOIA request filed by TheBlaze, HHS revealed that it purchased advertising from major news networks including ABC, CBS, and NBC, as well as cable TV news stations Fox News, CNN, and MSNBC, legacy media publications including the New York Post, the Los Angeles Times, and the Washington Post, digital media companies like BuzzFeed News and Newsmax, and hundreds of local newspapers and TV stations. These outlets were collectively responsible for publishing countless articles and video segments regarding the vaccine that were nearly uniformly positive about the vaccine in terms of both its efficacy and safety.

Hundreds of news organizations were paid by the federal government to advertise for the vaccines as part of a "comprehensive media campaign," according to documents TheBlaze obtained from the Department of Health and Human Services. The Biden administration purchased ads on TV, radio, in print, and on social media to build vaccine confidence, timing this effort with the increasing availability of the vaccines. The government also relied on earned media featuring "influencers" from "communities hit hard by COVID-19" and "experts" like White House chief medical adviser Dr. Anthony Fauci and other academics to be interviewed and promote vaccination in the news.

The taxpayer dollars flowing to their companies were not disclosed to audiences.

Though virtually all of these newsrooms produced stories covering the COVID-19 vaccines, the taxpayer dollars flowing to their companies were not disclosed to audiences in news reports, since common practice dictates that editorial teams operate independently of media advertising departments and news teams felt no need to make the disclosure, as some publications reached for comment explained.

The Biden administration engaged in a massive campaign to educate the public and promote vaccination as the best way to prevent serious illness or death from COVID-19.

Congress appropriated $1 billion in fiscal year 2021 for the secretary of health to spend on activities to "strengthen vaccine confidence in the United States."

Congress appropriated $1 billion in fiscal year 2021 for the secretary of health to spend on activities to "strengthen vaccine confidence in the United States." Federal law authorizes HHS to act through the U.S. Centers for Disease Control and Prevention and other agencies to award contracts to public and private entities to "carry out a national, evidence-based campaign to increase awareness and knowledge of the safety and effectiveness of vaccines for the prevention and control of diseases, combat misinformation about vaccines, and disseminate scientific and evidence-based vaccine-related information, with the goal of increasing rates of vaccination across all ages ... to reduce and eliminate vaccine-preventable diseases."

Anyone who has spent time reading the news, watching TV news coverage, or browsing social media in the past year has more than likely been exposed to the government's advertising. HHS ads posted to YouTube have been viewed millions of times.

Latest from RTV — THE ERRORS of GLOBALISM: Russia, Ukraine, and the Suicide of the West

[Comment Guidelines - Click to view]
The Remnant values the comments and input of our visitors. It’s no secret, however, that trolls exist, and trolls can do a lot of damage to a brand. Therefore, our comments are heavily monitored 24/7 by Remnant moderators around the country.  They have been instructed to remove demeaning, hostile, needlessly combative, racist, Christophobic comments, and streams not related to the storyline. Multiple comments from one person under a story are also discouraged. Capitalized sentences or comments will be removed (Internet shouting).
The Remnant comments sections are not designed for frequent personal blogging, on-going debates or theological or other disputes between commenters. Please understand that we pay our writers to defend The Remnant’s editorial positions. We thus acknowledge no moral obligation whatsoever to allow anyone and everyone to try to undermine our editorial policy and create a general nuisance on our website.  Therefore, Remnant moderators reserve the right to edit or remove comments, and comments do not necessarily represent the views of The Remnant.
back to top
Last modified on Monday, March 7, 2022
Tweet
More in this category: « Freedom Convoy Arriving in D.C. this Weekend Canadian Convoy Organizer, Tamara Lich, Released on Bail »