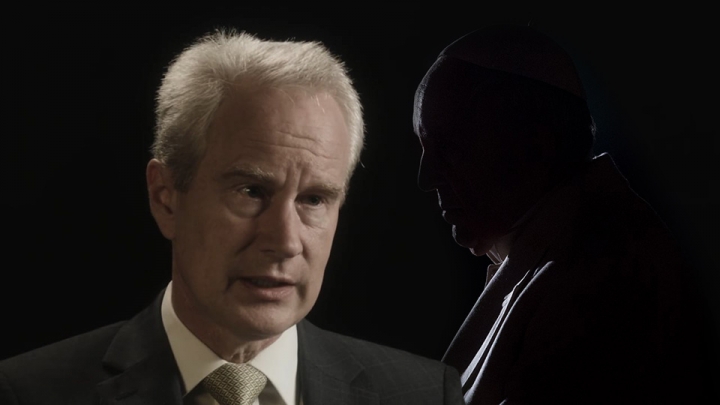 A leading authority on COVID-19 has called on the Vatican to immediately drop its vaccine advocacy and mandates, warning that its position on the jabs makes it complicit in vaccine deaths and in violation of a critical code of bioethics.

Dr Peter McCullough, a Dallas-based internist, cardiologist, and epidemiologist who has 54 peer-reviewed publications on COVID-19 to his name and has testified in front of the U.S. Senate on the pandemic response, has also called on the Vatican to “immediately start a public interest campaign on vaccine injuries and vaccine deaths.”

The Vatican will already “have to account for potentially hundreds of thousands of lives lost due to the vaccine worldwide” because it has violated the Nuremberg Code.

Speaking over the phone on Feb. 11, the Feast of Our Lady of Lourdes, he said he believes the Vatican will already “have to account for potentially hundreds of thousands of lives lost due to the vaccine worldwide” because it has violated the Nuremberg Code — a set of ethical principles that rule out any pressure, coercion or threat of reprisal for any medical treatment, especially if it’s new and experimental.

The American specialist has offered to advise the Pope on the vaccines in the future.

A Methodist, McCullough said he has felt compelled to speak up as he sees the loss of life from the vaccines and their adverse effects as unacceptable and those who fail to resist as complicit in a crime. “I cannot stand by and watch this happen without speaking out,” he said. “I do not see how any Christian can.”

Despite the Vatican teaching that vaccination “is not, as a rule, a moral obligation and that, therefore, it must be voluntary,” it now mandates all employees and visitors — except for those attending liturgies and papal audiences — to be fully vaccinated or have recently recovered from the virus in order to enter Vatican territory.

Francis’ support for the vaccines has also been used to reject religious exemptions, most recently in a Supreme Court decision last Friday.

Pope Francis has also been a leading global advocate of the COVID-19 vaccines, calling vaccination “an act of love” and a “moral obligation” and frequently urging equitable vaccine distribution worldwide, especially to the world’s poorest. Last year, he held two secret meetings with Albert Bourla, the CEO of Pfizer, which has a contract with the Vatican to distribute its COVID-19 vaccine.

Francis’ support for the vaccines has also been used to reject religious exemptions, most recently in a Supreme Court decision last Friday that upheld vaccine mandates for public school teachers in New York City.

Here below is an excerpt from the interview:

Dr McCullough, as an expert internist, cardiologist, and epidemiologist, you have examined closely the cardiovascular complications of both the viral infection and the injuries developing after the COVID-19 vaccine. You have also produced 54 peer-reviewed publications on COVID-19. As someone therefore eminently qualified in this area, please could you briefly summarise what your concerns are regarding the vaccines, and the mRNA vaccines in particular?

The vaccines are now known to have a dangerous mechanism of action. That means that unlike other vaccines that are safe and effective, these vaccines, based on their biochemical and physiochemical properties, are expected to be dangerous. And what I mean by that is they are forms of genetic material, either messenger RNA, or adenoviral DNA, that are loaded onto lipid nanoparticles.

Lipid nanoparticles, by design, go to places in the body, go to organ systems in the body, where it would be deleterious to have genetic material delivered. So this is known, and it was known before the advent of these vaccines.

Papers from China studied lipid nanoparticles and it was known that they would go to the adrenal glands, they would go to the human ovaries, go to the brain, the heart, the bone marrow, other vital organs. We have great concern about any vaccine that leaves the arm after the shot and circulates through the body like that, and actually deposits genetic material into cells in the body. Having genetic material delivered into these organs is extremely concerning, also because that genetic material is then taken up by these cells. These cells are not supposed to have that genetic material. The cells have the God-given genetic endowment that’s passed down from generation to generation to generation. We don’t take some exogenous genetic material and then sprinkle it through the body and have a mosaic of cells start to produce a new substance that the human body has never produced before. This is extremely disturbing.

So what is the order of magnitude of risk, do you think, getting, say myocarditis and strokes and heart attacks from these vaccines? Are these really serious risks and could they become commonplace place because of the vaccine?

Let’s take death as the most serious concern. We’ll use the US, which has 330 million residents, as an example. If we look at all the vaccines combined per year in the United States, across all the multiple injections — and I personally have taken all the vaccines — it’s about 278 million shots per year. That’s a lot. It’s not everybody in the country, but it’s 278 million shots administered to at least a broad group of people.

The number of deaths that would be considered rare, and that we just have to live with, that can happen due to very unusual circumstances, like an allergic reaction, would be about 150 per year. So our Vaccine Adverse Event Reporting System (VAERS) per year records about 150 deaths through all the years up to 2021.

Now, the correct way to describe this [vaccine] is that this is the most dangerous and lethal biological product ever used in human history — period.

What happened in 2021 is that by January 22 we had already hit 182 deaths — we were already 30 deaths too many. And looking back on it, if we would’ve had a proper data safety monitoring board and proper human ethics committees in place looking at this, we would’ve stopped the US program in February and said, “Listen, there’s too many deaths.”

Now, as we sit here today, we’re at over 21,000 deaths in the same system. So I’m telling you, rare would be 150 for all the vaccines combined, and per product 50. So typically for a drug, if there’s five unexplained deaths within 30 days, it’s a black box warning [the FDA’s most stringent warning for drugs on the market, alerting the public and health care providers to serious side effects, such as injury or death]. If there are 50 deaths within 30 days, irrespective of causality — because we can never really assess causality, just if it happens temporally — if we get to 50 deaths, the product’s off the market.

As we sit here today, we are at 21,000 deaths in our CDC vaccine safety reporting system. So I am telling you, death under no circumstances can be considered rare. Now, the correct way to describe this is that this is the most dangerous and lethal biological product ever used in human history — period.

[Comment Guidelines - Click to view]
The Remnant values the comments and input of our visitors. It’s no secret, however, that trolls exist, and trolls can do a lot of damage to a brand. Therefore, our comments are heavily monitored 24/7 by Remnant moderators around the country.  They have been instructed to remove demeaning, hostile, needlessly combative, racist, Christophobic comments, and streams not related to the storyline. Multiple comments from one person under a story are also discouraged. Capitalized sentences or comments will be removed (Internet shouting).
The Remnant comments sections are not designed for frequent personal blogging, on-going debates or theological or other disputes between commenters. Please understand that we pay our writers to defend The Remnant’s editorial positions. We thus acknowledge no moral obligation whatsoever to allow anyone and everyone to try to undermine our editorial policy and create a general nuisance on our website.  Therefore, Remnant moderators reserve the right to edit or remove comments, and comments do not necessarily represent the views of The Remnant.
back to top
Last modified on Wednesday, February 23, 2022
Tweet
More in this category: « Canadian Truckers Win, Trudeau Exposed! PROPAGANDA: Ukrainian National Breaks It Down »