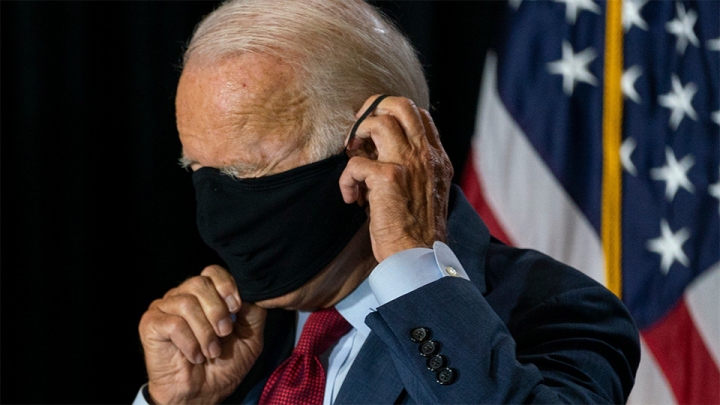 “Given the significant challenges that our nation’s supply chains are already experiencing, we respectfully suggest that the nation cannot afford the additional potential substantial harm that would be engendered if the ability of the Postal Service to deliver mail and packages is significantly negatively impacted,” Deputy Postmaster General Douglas A. Tulino wrote in the request to the Occupational Safety and Health Administration (OSHA), dated Jan. 4.

In a portion of the USPS letter, obtained by The Epoch Times, Tulino also argued that the vaccine-or-test mandate that was outlined in OSHA’s rule, known as an emergency temporary standard, may cause a “critical disruption to our vital operations” during the COVID-19 pandemic.

The USPS, which is one of the largest U.S. employers, also requested that OSHA extend the compliance deadlines by 120 days, Reuters reported, and the letter asked to suspend the Postal Service’s obligations under the OSHA mandate until courts can provide a final ruling on the rule.

Requiring the USPS “to absorb what could inevitably be a dramatic loss of employees at a time when the labor market is extremely tight and in the middle of the Postal Service’s Peak Season would have a potentially catastrophic impact on our ability to provide service.”

Tulino said the USPS, which operates 30,000 locations countrywide, would need to train “tens of thousands of local supervisors and managers” to monitor employees’ compliance.

The letter stated that requiring the USPS “to absorb what could inevitably be a dramatic loss of employees at a time when the labor market is extremely tight and in the middle of the Postal Service’s Peak Season would have a potentially catastrophic impact on our ability to provide service.”

The U.S. Supreme Court on Jan. 7 will hear oral arguments on the rule, which affects private businesses with 100 or more workers. It stipulates that workers either submit to weekly COVID-19 testing and mask-wearing or get vaccinated.

While the mandate is slated to take effect on Jan. 10, OSHA, which falls under the Labor Department, has said it won’t issue fines for violations until Feb. 9. The USPS isn’t covered by Biden’s separate rules that mandated 3.5 million federal workers be vaccinated or obtain medical or religious exemptions by Nov. 22, 2021.

A spokesperson for the Labor Department told Reuters that OSHA had received the request and was reviewing it. OSHA determined that compliance was “feasible for employers with 100 or more employees, including the postal service,” the spokesperson said.

Darlene Casey, a USPS spokeswoman, told news outlets that the service will comply with the mandate after the 120-day period is up if the OSHA rule survives court rulings. The Postal Service meanwhile will continue to use its existing policies in dealing with the CCP (Chinese Communist Party) virus, which causes COVID-19.

“The Postal Service is seeking temporary relief because it wants to ensure that its ability to deliver mail and packages is not hindered amid the current disruptions in the nation’s supply chain,” Casey said. “In addition, the Postal Service wants to adopt policies and procedures that comply with the [OSHA rule] while also fulfilling the organization’s other legal obligations.”

OSHA officials didn’t respond to requests from The Epoch Times for comment by press time.

Reuters contributed to this report.

[Comment Guidelines - Click to view]
The Remnant values the comments and input of our visitors. It’s no secret, however, that trolls exist, and trolls can do a lot of damage to a brand. Therefore, our comments are heavily monitored 24/7 by Remnant moderators around the country.  They have been instructed to remove demeaning, hostile, needlessly combative, racist, Christophobic comments, and streams not related to the storyline. Multiple comments from one person under a story are also discouraged. Capitalized sentences or comments will be removed (Internet shouting).
The Remnant comments sections are not designed for frequent personal blogging, on-going debates or theological or other disputes between commenters. Please understand that we pay our writers to defend The Remnant’s editorial positions. We thus acknowledge no moral obligation whatsoever to allow anyone and everyone to try to undermine our editorial policy and create a general nuisance on our website.  Therefore, Remnant moderators reserve the right to edit or remove comments, and comments do not necessarily represent the views of The Remnant.
back to top
Last modified on Wednesday, January 12, 2022
Tweet
More in this category: « Iowa's Labor Commissioner and Governor Defy Biden's Vaccine Mandate New Gestapo Arrests SSPX Priest in Poland »