Is America Magazine More Catholic Than the Pope? 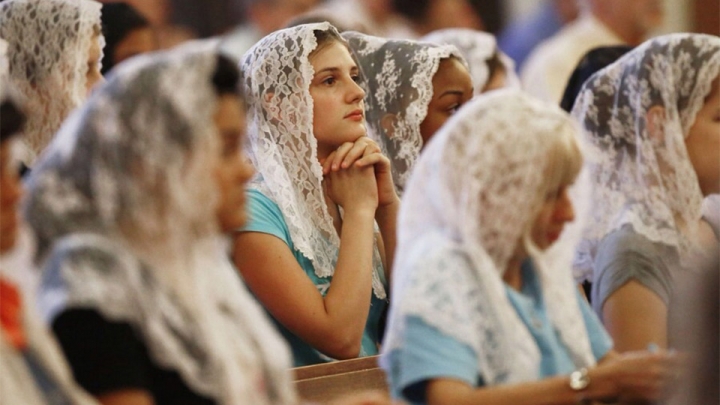 An article published today in America Magazine, I love Latin Mass and Pope Francis. Please don’t let a few (very loud) traditionalists ruin it for the rest of us, by Jonathan Culbreath, offers tacit confirmation of the injustice and lack of mercy painfully evident in Pope Francis's over-the-top crackdown on the Tridentine Mass.

I actually agree with its young author, that for Francis to punish an entire cross section of faithful Catholics over the obnoxious words of a tiny minority of online loudmouths is a gross miscarriage of justice.

Surely the merciful pope has "smelled his sheep" enough to know that the vast majority of the adherents to the Tridentine Mass are young families who know next to nothing about the Second Vatican Council and have no immediate intentions to brush up on it.

Perhaps in future, such enthusiastic papal crackdowns could instead be reserved for Vatican officials and employees of Church institutions using location-based hookup apps such as Grindr. Perhaps.

I rather fear that most Catholics under 30, in fact, would likely hazard a guess that Vatican II might be the name of the pope's summer residence, and I very much doubt many of them would know their Gaudium et Spes from a hole in the ground.

In my opinion, America is right to question why Francis would punish so many good people just because of the rantings of a few trolls on social media. Is our pontiff so easily triggered? Does he struggle with anger management? What's going on here?

Bottom line, Francis has clearly jumped the shark when even America Magazine suggests his motu proprio is an unhinged overreaction that indicates either our pope is completely out of touch with reality or he's a bit of a hothead who lets the papal temper get the best of his motu proprio.

Either way, America Magazine is quite right to plead with the Holy Father to reconsider his Jansenist hot flash and leave those TLM kids alone. Perhaps in future, such enthusiastic papal crackdowns could instead be reserved for those Vatican officials and employees of Church institutions using location-based hookup apps such as Grindr. Perhaps.

In any case, well played, America! We second the motion.

[Comment Guidelines - Click to view]
The Remnant values the comments and input of our visitors. It’s no secret, however, that trolls exist, and trolls can do a lot of damage to a brand. Therefore, our comments are heavily monitored 24/7 by Remnant moderators around the country.  They have been instructed to remove demeaning, hostile, needlessly combative, racist, Christophobic comments, and streams not related to the storyline. Multiple comments from one person under a story are also discouraged. Capitalized sentences or comments will be removed (Internet shouting).
The Remnant comments sections are not designed for frequent personal blogging, on-going debates or theological or other disputes between commenters. Please understand that we pay our writers to defend The Remnant’s editorial positions. We thus acknowledge no moral obligation whatsoever to allow anyone and everyone to try to undermine our editorial policy and create a general nuisance on our website.  Therefore, Remnant moderators reserve the right to edit or remove comments, and comments do not necessarily represent the views of The Remnant.
back to top
Last modified on Wednesday, July 28, 2021
Tweet