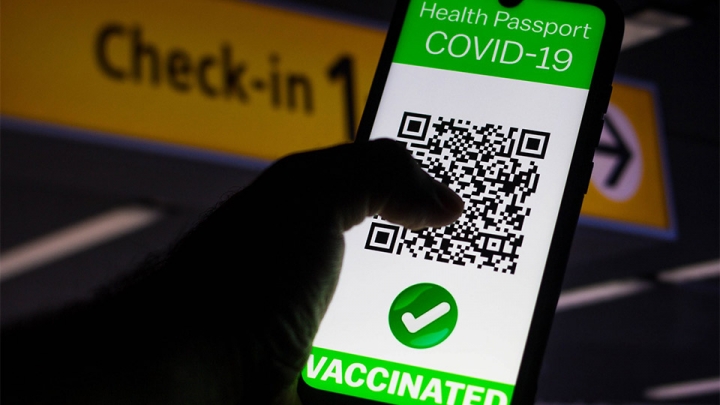 The European Commission on June 14 formally signed legislation to create the EU Digital COVID Certificate. The regulation will take effect July 1 and expire in 12 months.

Member States are required to start issuing the first certificates within six weeks of the July 1 start date, if they haven’t done so by then.

During the official signing ceremony, three main EU institutions — Parliament, the Council and the Commission — signed the regulation to show their support, asserting the certificate is “a symbol of what Europe stands for.”

The remainder of the EU and Schengen Area countries, except for Hungary and Finland which are still in the test phase, are expected to connect to the new technology framework.

How the EU passport works

Under the vaccine passport scheme, each EU Member State will issue its own certificate, but all will adopt the same entry requirements for visitors.

What about travelers from outside the U.S.?

Earlier this month, an EU spokesperson said the app could be extended to citizens from non-EU countries, including U.S. Americans who obtain the certificate would be exempt from travel restrictions and quarantine requirements.

A fierce debate has kicked off across the U.S. over whether a digital health certificate or “vaccine passports” should be required to prove vaccine status, The New York Times reported.

So far, the Biden administration has resisted the idea of a “vaccine passport” for the U.S. On May 28, U.S. Director of Homeland Security (DHS) Alejandro Mayorkas said the U.S. was taking a “very close look” at vaccine passports for international travel. Later that day, the DHS clarified there will be no “federal mandate” for vaccine passports in the U.S.

According to the Los Angeles Times, the U.S. does not have a national database for immunization records that could act as the source of vaccination data for use in digital passes. That’s because a national system to create a unique identification number to link the health records of every American has been banned since 1998, spearheaded by then-Rep. Ron Paul (R-Texas), who said such a system would be an unwarranted privacy intrusion.

The issue has sparked debate in the U.S., and led a number of states to introduce legislation to curtail or ban vaccine passports due to privacy, equity, liberty and accountability concerns.

So far, vaccine passports have been implemented in two states — New York and Hawaii.

[Comment Guidelines - Click to view]
The Remnant values the comments and input of our visitors. It’s no secret, however, that trolls exist, and trolls can do a lot of damage to a brand. Therefore, our comments are heavily monitored 24/7 by Remnant moderators around the country.  They have been instructed to remove demeaning, hostile, needlessly combative, racist, Christophobic comments, and streams not related to the storyline. Multiple comments from one person under a story are also discouraged. Capitalized sentences or comments will be removed (Internet shouting).
The Remnant comments sections are not designed for frequent personal blogging, on-going debates or theological or other disputes between commenters. Please understand that we pay our writers to defend The Remnant’s editorial positions. We thus acknowledge no moral obligation whatsoever to allow anyone and everyone to try to undermine our editorial policy and create a general nuisance on our website.  Therefore, Remnant moderators reserve the right to edit or remove comments, and comments do not necessarily represent the views of The Remnant.
back to top
Last modified on Friday, June 18, 2021
Tweet

More in this category: « CHILD ABUSE: Teacher Speaks Out Against New Transgender Policy THE TRUMP TWEETS: Happy Father's Day to ALL »