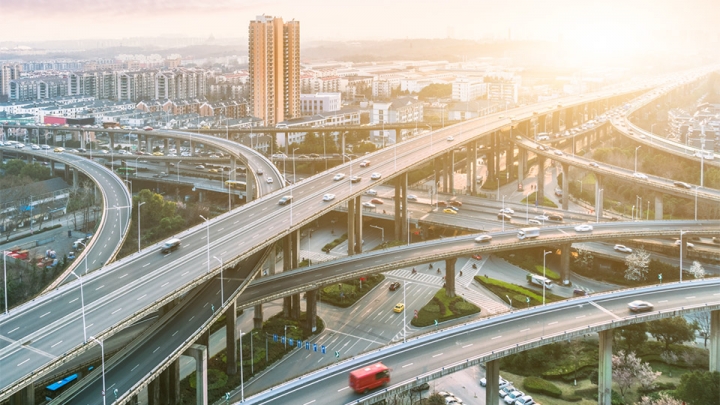 Jimmy Carter is a retired peanut farmer and among historians is arguably one of the nation’s most maligned chief executives.  Current White House occupant Joe Biden has a trillion-plus-dollar “infrastructure bill” with only peanuts set aside for actual infrastructure that has the potential to change the relationship between government and the economy.

Democrats, beginning with FDR and the New Deal, refer to “infrastructure spending” as if it’s the magic elixir that will solve all of the nation’s fiscal and economic trials.

Back during the Carter years, we had gas lines, but they were not the result of a disabling cyberattack that occurred with the Colonial pipeline that was felt nearly instantaneously.  The circumstances may have been different, but the results were equally as devastating.

Owning a piece of the pipeline attack is the politically charged FBI and CIA and a socially woke corporate America that failed to secure and protect such sensitive infrastructure.

Minor negligence has a way of resulting in major consequences. As our country’s infrastructure continues to age — something America takes for granted — we will see more foundational systematic breakdowns.

This latest manmade disaster only underscores how America’s enemies understand how vulnerable our infrastructure remains.  It is only a matter of time before another strike comes to fruition, but rather than shutting down a regional pipeline, how about hacking in and disabling the nation’s electric power grid?  Try going without electricity for a week and given the dated nature and vulnerability of our grid, the possibilities are not unthinkable.

One of the key ingredients why infrastructure gets neglected, or in many cases ignored, is that there remains little to no political pay-off to upgrading airports, repairing potholes or replacing bridges.  Juxtapose that to spending the same money building community centers, creating rails to trails and upgrading public swimming pools.  Such ribbon-cutting events provide politicians with plenty of favorable and free publicity. Nobody holds ribbon-cutting ceremonies for upgrading and securing computer software, milling roadways, and replacing sewer lines.

The threat of the power grid crashing like it did in Texas over the winter is quite real, but preventable.  Most, however, have no idea the severity of vulnerability under which we live.

And you thought COVID-19 was bad.

The Task Force on National and Homeland Security is comprised of citizens, engineers, and field experts concerned about the vulnerability of our critical infrastructures.  It is an official Congressional Advisory Board that receives no federal funding and operates exclusively on donations. They have reported to Congress on several occasions that in the event of an Electro Magnetic Pulse attack, 70- 90% of Americans could be dead within a year.

And you thought COVID-19 was bad.

Minor negligence has a way of resulting in major consequences. As our country’s infrastructure continues to age — something America takes for granted — we will see more foundational systematic breakdowns.  Being attentive to our country’s infrastructure by advocating for its continued improvement is critical when it comes to working toward the common good and is everyone’s responsibility.

Why does it take several years to replace a bridge, when the Empire State Building was constructed in two years and during the Great Depression?  It is little wonder that Americans have lost faith in government institutions.

Government-funded projects often fail to live up to their lofty intent.  The problem is not that tax dollars are not being spent, but rather the money is being allocated and managed so poorly.  While it may sound costly, building resilient infrastructure will save plenty of money over the long term as it invests in the future.

Allow state and local governments to raise and spend money for their own projects, making the case for what they really need, while freeing them from the tedious strings that always come attached to federal subsidies.

Infrastructure, like anything else in the physical world, deteriorates and needs not only to be maintained, but sometimes upgraded and improved.  It is important that elected officials understand public works are not just a short-term inducement or a vehicle for politically-driven job creation.  The goal should be to create the best and broadest necessary infrastructure for the most responsible price.

Transforming and securing our national infrastructure is the best kind of financial stimulus since it supports all economic avenues.  There is no reason why we cannot build a better and smarter future for our children’s and grandchildren’s generation.

The nation’s subsistence depends on it.

[Comment Guidelines - Click to view]
The Remnant values the comments and input of our visitors. It’s no secret, however, that trolls exist, and trolls can do a lot of damage to a brand. Therefore, our comments are heavily monitored 24/7 by Remnant moderators around the country.  They have been instructed to remove demeaning, hostile, needlessly combative, racist, Christophobic comments, and streams not related to the storyline. Multiple comments from one person under a story are also discouraged. Capitalized sentences or comments will be removed (Internet shouting).
The Remnant comments sections are not designed for frequent personal blogging, on-going debates or theological or other disputes between commenters. Please understand that we pay our writers to defend The Remnant’s editorial positions. We thus acknowledge no moral obligation whatsoever to allow anyone and everyone to try to undermine our editorial policy and create a general nuisance on our website.  Therefore, Remnant moderators reserve the right to edit or remove comments, and comments do not necessarily represent the views of The Remnant.
back to top
Last modified on Friday, May 21, 2021
Tweet

More in this category: « Playing the Trump Card: Would It Be Any Worse? Say Goodbye to Your Daughters: The Goddess of War Wants to Eat Them »